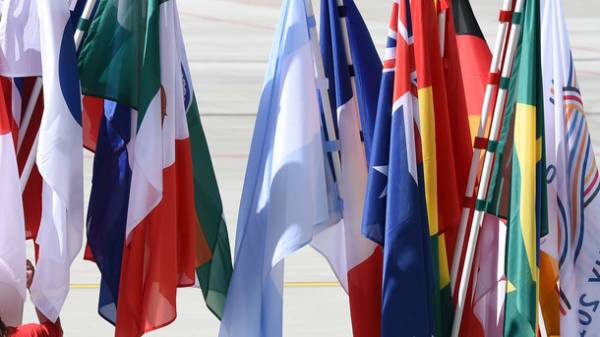 About 10%
private, government and corporate computers in Ukraine has been disabled due to hacker attack, which occurred on June 27, said Deputy head of the presidential Administration of Ukraine Dmytro shymkiv. According to him, half of infected government and business computers are completely out of order.

The Deputy head of the NBU Ekaterina Rozhkova reported that cyber-attacks June 27, suffered about 30 Ukrainian banks. Minister of infrastructure Volodymyr Omelian announced that his Ministry in the attack suffered “millions” in damages.

35%
in annual terms, increased sales of new passenger cars in Ukraine in January-June to 36 375 PCs, reported AUTO-Consulting. In January-may, the increase was 33%, January-April is 29.6%. In June 6829 sold for almost new cars that on 45% more than a year ago.The leader of the market in June, ahead of Toyota, was Renault, which owns 10.8% of the market. Third place is Skoda, the fourth – Kia.

36.8%
increased the average monthly salary of Ukrainians in January-may compared to the same period of 2016 – up to UAH 6494, reported state statistics Committee. The highest wages were in the field of air transport on average 27 399 UAH, which is by 25.4% more than last year.

206 thousand
servicemen and employees of the Armed forces since the beginning of military operations in the Donbass region received the status of combatants. During this period, the incentive awards of the Ministry of defense received 41.5 thousand people, of 13.32 thousand soldiers and officers of the APU received state awards.

2.7 million tonnes
coal has already accumulated in the warehouses of thermal power plants and combined heat and power, which is two times more than the same time last year. This was announced by Vice Prime Minister-Minister Vladimir Kistion. He has previously stated that the passage of the next heating season to accumulate by mid-October 3,8-4 million tons of coal.

9.2%
rose in June, the price of the pot of Ukrainian borscht with meat capacity of 3.5 – 4 years, to 90.62 UAH, due to the rise in consumer prices for most of the ingredients of this dish, according to the public Association “the Economic discussion club.” While the cost of a pot of soup without meat increased by 21.6% to UAH 28,04.

6 percentage points
up to 34% of GDP – decreased level of shadow economy of Ukraine in the past year, these preliminary calculations promulgated by the Ministry of economic development. The Ministry believes that to reduce it failed due to the consolidation of macroeconomic stability and resuming economic growth, improving the business climate through deregulation, legalization of the labor market due to the downgrade of ERUs.

10.36 times more
exported sugar since the beginning of the 2016-2017 marketing year (September–August) in annual terms – 738,5 million tonnes, announced the Association “Ukrtsukor”. At the same time, in June, exports decreased 2.3 times in comparison with June 2016 to 6.35 kt. Experts predict that in the future, the pace of sugar exports will decline.

2.9%
increased natural gas production in Ukraine in January-June compared with the same period of 2016 to 10.3 billion cubic meters. m, according to the “Ukrtransgaz”.

21%
in annual terms increased in January-June, the transit of natural gas through the Ukrainian gas transport system (GTS) to 45.7 billion cubic meters, said the operator of the gas transportation system company “Trunk gas pipelines of Ukraine”. 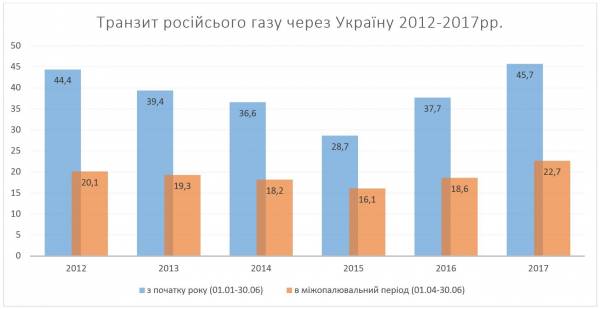 Up to 15%
in June in annual terms, inflation accelerated in Ukraine in may, the increase was 13.5 percent.

According to the NBU, the inflation processes in General were controlled, however, the acceleration of inflation in may and June was above the trajectory forecast of the regulator by higher raw foods.

To 1.6% from 1.9%
National Bank worsened the forecast of annual GDP growth in 2017 Forecasts for 2018 and 2019 remains the same: 3.2% and 4%, respectively. The revision of the Outlook for the current year occurred due to the worst results of economic activity in the first half of the year, particularly in the service sector, and because of revisions to estimates of the grain harvest.

34%
rose in the first half at an annual rate of own revenues of local budgets of up to 87 billion UAH. Vice Prime Minister – Minister of regional development, construction, housing and utilities Gennady Zubko.

The summit of “Big twenty”
started on the 7th of July in Hamburg. On the first day of heads of state in a narrow circle discussed the situation in the middle East and the fight against terrorism. After Washington in early June announced its withdrawal from the Paris climate agreement, environment is another important topic in the agenda of the summit.Among other issues to be raised at the meeting, global growth, migration and anti-corruption.

54% of UK citizens
would vote against Brexit, if a referendum was held now – these are the results of the survey from Survation. But on 29 March the Prime Minister launched the procedure of a British exit from the EU. The Queen of England approved the law on Brexit March 16. The process of withdrawal should not last more than two years.

1.4%
rose in June, the food price index in the world that calculates the FAO (food and agriculture organization of the UN), compared with may-2016 it rose by 7%.Thus, the increase in world food prices continues for the second month in a row.