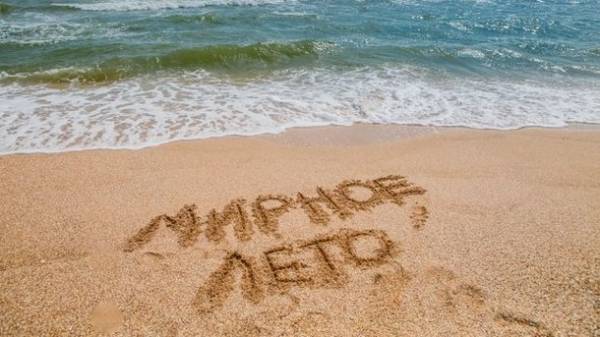 August 10 in the camp “Albatross”, which is located in the village of Strelkovo in Kherson region, opened the third shift. Almost 130 children participating in the project of Rinat Akhmetov Humanitarian center “Peaceful summer for children of Donbass” arrived to the camp located on the shore of the Azov sea.

Most of the guys live on the uncontrolled territory of Donbass, in the grey area, and know firsthand what war is.

“We’re not talking about the war, do not want to remember. Here the sea, the cool counselors. At the end of the day tired and sacked out. The only – very worried about the parents,” said 9-year-old Gleb, an IDP from Gorlovka.

In the camp “Albatross” children of the war zone can not only improve your health and have fun, but also pass psychological rehabilitation. This will work with them experienced psychologists, who through a game activity, master classes and art therapy to help children cope with the trauma of war. In the camp there are three psychologist of the Humanitarian centre, each of them was a course in “Trauma of war”.

“There are all conditions in order that the child somehow has recovered and has adapted to civilian life. We conduct art therapy, sand therapy, through various techniques provided in rule bodies and souls of children,” – said Valery Volkov, a psychologist.

Only in children’s camps in the framework of the project “Peaceful summer for children of Donbass” has already visited more than 3,000 children from the zone of military conflict. The project is held annually during the last 3 years.

“Children of Donbass is very important to relax in a peaceful and friendly atmosphere, to be able to communicate not only with peers but also with adults – those who will understand and support. “Peaceful summer” continues, this year the number of children rested in the best camps in Ukraine will reach 500″ – summed up Andrew Hvorostenko, Manager of programs and projects of Rinat Akhmetov Humanitarian center.