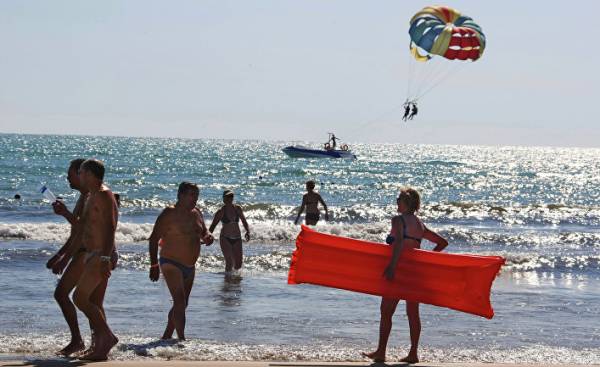 In the first six months of 2017 to Antalya by air arrived a total of 3,386 million tourists. Last year after Russia warned its citizens against traveling to Turkey because of the crisis associated with the destruction of the aircraft, the Russian tourists came to Turkey. The total number of tourists arriving in Antalya in the first half of this year increased by 55%.

Turkey loses its European market, willingly devoted himself to the Russian tourists. After smoothing of the crisis in Turkish-Russian relations skyrocketed, the number of Russians visiting Antalya. In the first six months of 2017 the number of Russian tourists visiting the resort has increased by 3857% compared to the same period last year and reached 1,321 million. In the first half of last year in the capital of the Turkish Riviera visited only 33 thousand of the Russians.

The number of Russians arriving to Antalya in June, also increased by 5134%. While observed the influx of Russian visitors, the number of Ukrainian tourists also continues to grow. In the first six months of the year in Antalya arrived 282 thousands of Ukrainians, and it’s 44% more than in the same period last year. In the first six months of last year the number of tourists that arrived to Antalya from Israel increased by 37%, from Belarus — by 199%, from Poland — 44%, Lithuania — 17%, from the Czech Republic — 53%, Slovakia — 72%, from France by 5%.

In the European market continue loss

European first for the Turkish tourism market continued losses. The tension especially in the relations with Germany and the Netherlands before and after the referendum on 16 April, had a negative impact on tourism. Compared to the first half of last year to date there was a drop in the number of German tourists by 26%. And in the Dutch market, a decline of 35%. In the first six months of this year Antalya was visited by 580 thousand tourists from Germany and 82 thousands of tourists from the Netherlands.

The British, too, began to refuse arrival to Antalya. If in the first six months of last year, Antalya was preferred 137 thousand British tourists in the same period this year the number fell by 4%. In the Iranian market, which is expected in the coming years will become the third largest for Turkey after Europe and Russia, also declined by 12%. In the first six months of 2017 to Antalya drove 49 thousand tourists from Iran. The number of tourists from Denmark decreased by 24%, Belgium 17%, Sweden — 47%, from Norway — 50%, Switzerland 32%. The number of Finnish tourists decreased by 56%, and from Austria to Antalya arrived at 57% less tourists.

Sector representatives satisfied with the season

The head of Federation of Turkish hoteliers (TÜROFED) Osman Ayik (Osman Ayık) notes that the figures for tourism are looking good. “The number of Russian tourists we seem to exceed by 2015. At this rate, we can reach numbers 2014. In German tourists we are only in June, came to expect. If the trend continues, by the end of the year Antalya may be a 9.5 — 10 million tourists,” said Ayik. Chapter TÜROFED also drew attention to the problem, persisting in tourism across the country: “the Coastal regions rapidly recovers. A recovery in large cities such as Istanbul and Izmir will probably take time. If you look from the point of view of income, our goal is primarily improving the efficiency of use of potential. To increase revenue from tourism will take several years.”

The head of the Mediterranean Association of hoteliers and professionals of tourism (ACTS) Jaggi Erkan (Erkan Yağcı), drawing attention to the fact that in the first six months of 2017 in the tourism of Antalya occurred 55% growth, said: “the Number of Russian tourists approached the numbers 2014. Only in June an increase was recorded in the number of tourists from Israel, Ukraine, Iran, Moldova, Belarus. In the European market downturn. But with sales of burning stages he reduced and suspended. In high season the fall will be less. At the same time in the Nordic countries and the Benelux countries, challenges remain. There is ongoing loss. If they were not, by the end of 2017 we could reach by 2015”.

The head of the Association of professional hotel managers (POYD), Hakan Duran (Hakan Duran) noted that the observed increase in the number of tourists it is necessary to analyze not in comparison to 2016, and relative terms in 2015. Duran, drawing attention to the fact that a 5% increase in the number of tourists arriving in Turkey, compared to 2016 is a loss level of 22% in comparison with the year 2015 reported that in the European market declined by 37%.

The Russian market has improved, continued durán, and the number of Russian tourists has generally been achieved by 2015. The agreement on travel without passports, concluded with Ukraine, also played an important role.

Duran emphasized that in such competitor countries as Greece, Spain, Portugal and even Croatia, the hotels are full, said: “Spain does not want to receive tourists. In competing countries have established a fantastic price. This may play into our hands. In August, booking a last-minute pick up even more intensity. Now Russia is the cheapest country is Turkey… the cost of the cheapest tour — at the level of 450-500 dollars. In the past year the average expenses of one tourist arrived to Turkey was about 710 dollars this season 625-630 dollars.” 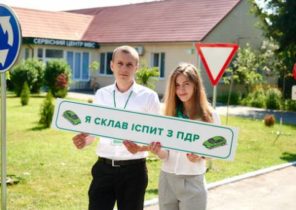