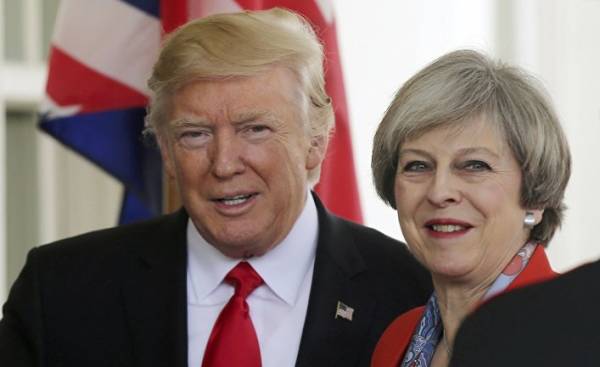 Global leadership was called into question, so the forthcoming summit of the countries “the Big twenty” (G20) in Hamburg on 7 and 8 July will be the most intense in the entire history of this club. The history of these summits began long before the founding of the G20 in 1999. Initially, in the 1970-ies, they were conceived to coordinate political decisions of the countries with the largest economies and, thereby, reduce the level of instability. Now, however, domestic policies are creating new forms of instability.

If the G20 summit in Brisbane in 2014 the international community to isolate Russia, in 2017, the United States isolated themselves. Immediately after the sharp statements at the may summit of the countries “the Big seven” in Taormina, the President of the United States Donald trump announced the US withdrawal from the Paris agreement on climate signed in 2015. In response, the leaders of the European countries “Big seven” (the striking exception of the Prime Minister of Britain Theresa may) signed a Declaration condemning the position of the trump.

The US and Britain were the main architects of the UN system and the post-war international order, and now they seem intent on nullifying its achievements. After the election trump and conduct a referendum on Brexia last year, both countries went through controversial, highly controversial political path, abandoning the principles of openness and multilateralism.

The trajectory of their development, despite the randomness, proved to be strikingly similar. In the referendum on Brexia many saw the foreshadowing of the ensuing election trump. As agitators for secession from the EU, trump exploited the fears of voters before the immigration. As established after the referendum the government may, the administration of the tramp struggling to cope with their work. In both cases, the winners have become hostages of ill-conceived election campaign. And when the winners began to look like losers, began to gain the popularity of leftist populism more authentic politicians like Senator Bernie Sanders in the United States and leader of the labour party Jeremy Corbyn in the UK.

The government of trump and may have a striking resemblance and in the international perspective. Both wanting the renegotiation of international agreements, particularly trade, and in the British case — the revision of relations with Europe. However, the Foundation for such an audit is as obscure as it is controversial.

American and British workers linked the process of globalization with the disappearance of jobs and the growth of inequality and demanded to defend himself. But protectionism is usually given a high price for consumers, especially for consumers with low income. Numerous statistics show that population groups with low income, usually benefit most from trade liberalization.

Against this background, any attempt to change the existing arrangements is likely to lead to the conclusion of limited agreements, and stringent measures against certain types of imports. The risk that retaliatory measures of other countries can trigger a vicious circle of protectionism and de-globalization.

In the postwar period, the relationship between the countries has expanded thanks to the work of government agencies, transnational corporations and financial institutions, and all this created conditions favorable for cooperation. Today, these forces of globalization are weakening. Professional bureaucracy, in particular career diplomats of the state Department, cut. To address corporations and media have routine calls have become more Patriotic. The financial sector is segmented and relationalities. The institutions of soft power, such as Hollywood and the universities, immersed in a cultural war.

However, in recent years, cosmopolitanism and global penetration has provoked a backlash. For example, at the Conservative party conference in October last year may said the memorable words: “If you think that you are a citizen of the world, it means you are a citizen without a country, nowhere. You don’t understand what does the word “citizenship””.

Since the post-war spirit of universalism in retreat, the old of globalization will require new leadership and new approaches to multilateralism and soft power. This understanding inevitably led to the fact that China and Europe, especially in Germany, began to consider themselves defenders of the new world order.

Indeed, China and increasingly Germany have a common position on many key issues. Both countries reaffirmed their commitment to reduce carbon dioxide emissions in accordance with the Paris agreement; both do not agree with the obstructionist crusade, started by the trump for the coal industry. Chinese President XI Jinping recently compared the policy of protectionism with the desire to “close yourself in a dark room”, and German Chancellor Angela Merkel praised him for those words, calling them “very memorable”.

Germany holds the presidency of the G20, so the German leadership tries to understand how their country could help the process of globalization is America. But Germany is simply too small to perform the role of hegemon. In addition, its position within the Euro area is still difficult due to the effects of the financial crisis of 2008.

China also could face obstacles in their aspirations to global leadership. The country’s financial sector remains relatively poorly developed and prone to crises. Major infrastructure initiative China project “One belt, one road” — may create new problems of dependence and exacerbate existing contradictions between Asian countries. Finally, the term the Chinese leadership will cause fears about the fate of democracy. Meanwhile, critics of globalization in rich countries, call just more democracy, not less.

Of course, the individual ingredients are new forms of global leadership are already: China has excellent universities, and they are evolving rapidly; Germany has a strong democracy built on the principles of federalism and relying on the strategy of European integration. However, without a complete set of ingredients, this recipe is incomplete. American century was based on strong institutions in the country, on shared values and strong cultural life. Globalization, based on economic logic, will never work.