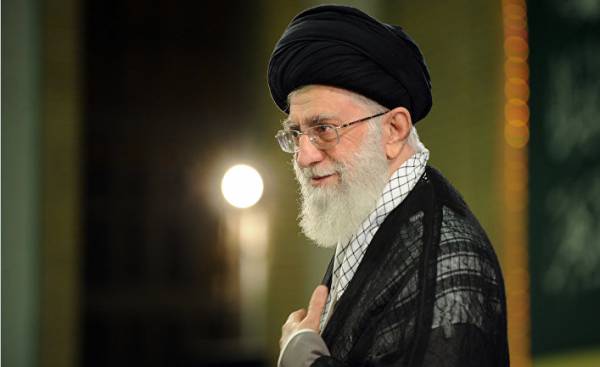 For a little more than ten years the administration of Iran’s Supreme leader Ali Khamenei (Ali Khamenei) quietly but surely took control of a large part of the Iranian economy under the fictitious pretext of privatization.

The reasons for which was applied a lot of these efforts become clearer if to take into account that Khamenei and the revolutionary Guards (the IRGC) tend more and more to control the vast natural resources of Iran, in which they really need.

This privatization campaign, named after its organizers, was launched in connection with the important repeat of the 2005 events. With the accession of the irascible Mahmoud Ahmadinejad (Mahmoud Ahmadinejad) to the post of President Khamenei and the IRGC has done everything possible to stuff the whole Executive power of the many supporters of the regime, which, at least in the beginning of the campaign, acted in accordance with strategic plans Khamenei for the future.

While oil revenues grew rapidly, Khamenei was looking for a suitable opportunity to conduct a deep restructuring of the economy of Iran, which was considered necessary. This meant the a variety of enterprises and organizations in its immediate possession.

In may 2005, shortly after Ahmadinejad took office, Iran saw the first official decree written with this purpose. The Executive power of the regime given the task to begin to translate 80% of all economically significant enterprises in the country under the control of “non-governmental, private and cooperative sectors” with specific schedule for the completion of the process by 2009.

Among these companies were airlines, banks, companies engaged in foreign trade, insurance companies, large mines, energy companies, roads, and shipping companies. The most important thing were the enterprises of the primary sector of the economy, such as oil and gas enterprise. According to some estimates, from 2005 to 2008, was handed shares for a whopping amount of $ 12 billion.

A large part of the transmitted placed at the disposal of the administration Khamenei and the network of controlled organizations. One of them was part of the Almighty Setad Ejraiye Farmane Hazrate Emam “Headquarters for executing the orders of the Imam”, whose title refers to the founder of the regime of Ruhollah Khomeini (Ruhollah Khomeini). Iran’s armed forces and the notorious funds also received their share.

The consequences of this becomes easier to understand if we take into account the fact that these organizations are in full control of all decision-making processes, information-gathering mechanisms, legislative methods and have unprecedented access to a significant budget commitments. The resulting financial mini-Empire became the main players in the market able if you want to literally “blow” to Western companies seeking to break into Iran’s economy.

Recently located in the United States Department of the National Council of resistance of Iran (NSSI) has published a new article titled “the rise of the financial Empire of the revolutionary Guards: How Iran’s Supreme leader and the IRGC force people to Fund international terrorism”, describing how direct and indirect control of Khamenei and the IRGC received over 14 different economic superable. Setad has acquired the deposits, now estimated at 95 billion dollars, according to mentioned below the investigation of Reuters. All of these organizations do not need to pay taxes, and yet the irony is that some of them even receive an annual budget from Tehran.

As a result, the administration Khamenei and the IRGC control at least 50% of Iran’s GDP. And where are all these huge profits?

1. the current conflict in Syria;

2. terrorism, the development of extremism and fundamentalism in Iraq;

3. support the Huthis, and further fueling the war in Yemen;

5. a broad range of nuclear missiles that threaten the entire region and the interests of the West;

6. a large security apparatus, charged with cruel persecution of all unreliable social elements within the country;

7. the spread of the mindset of Islamic fundamentalism supported by, around the globe.

Extensive investigation shows that Iran distinguishes shocking the amount of 15-20 billion dollars in funding the massacre in Syria, where a billion dollars is only for the salaries of surrogate militias. The chief of the special unit of the revolutionary guards “Quds” Qasem Soleimani (Qassem Suleimani) also sends billions to Iraq, providing Shiite militias engaged in incitement to hatred and violence. Another billion is sent to the Lebanese Hezbollah and the 1.3 billion — Hamas.

Western companies understand that it is in their interest to start trading directly with the Iranian private sector. You must realize that the official banks and firms is actually controlled by the IRGC network of organizations.

Unfortunately, Iran’s economy today is controlled by the same people that subjected the Iranian people to repression, contribute to the growth of extremism and terrorism in the world, and supports fundamentalism, seeking to wreak havoc in the West.

To do business with Iran now — it would have to deal with a brutal dictator, Khamenei, and the IRGC.

The administration trump has a unique opportunity to deprive the IRGC of its resources, limit their profits and financing of terrorism by putting them in the black list as a foreign terrorist organization. This important strategic initiative is advantageous also due to the fact that it was supported by both parties of Congress, which happens infrequently. 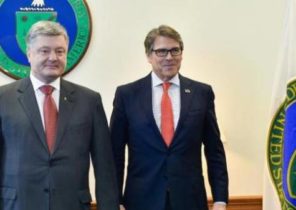