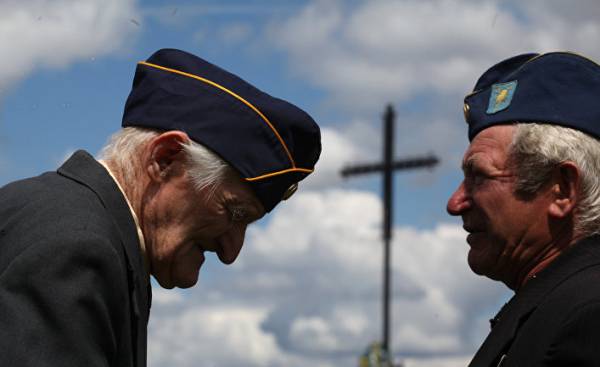 How quickly we can forget the bad, especially, do not like to admit their mistakes and ask for forgiveness. If something very embarrassing, it is easier to pretend that nothing happened. Like, why once again “the dragon” society… I, in fact, about themselves, about their fellow countrymen, contemporaries and events of 76 years ago, occurred in my native Western Ukraine.

On this day, June 30, Lviv became the first German troops. In principle, I can understand why many Ukrainians they were happy — naive to believe in the myth that true Aryans will finally help the fellow will cleanse Ukraine from the “tips” will help to build an independent state. The Nazis are always fun to use in the fight against Soviet troops and Soviet-propaganda of the Ukrainian nationalists, strongly encouraging a variety of Patriotic societies and unions, helping them, sometimes even giving money for the release of Ukrainian anti-Soviet journals. However, this illusion was dispelled as soon as the Ukrainians began to understand that there is no “truly independent” (especially from Germany) state of Ukraine during the fascist regime will not be! One slavery just replaced by others. And by “very smart nationalists” Nazis quickly found a way to get rid of. Example — the same Olena Teliga, who was shot in Babi Yar.

So, again, I can even understand (but not accept) why the Germans are greeted with joy. But I can’t understand why many citizens quietly and openly supported the mass killings of the Jews of Lviv — neighbors, colleagues, and acquaintances. I was struck by archival pictures, which show how the Jews in his lap almost with bare hands clean the streets from filth, and the citizens standing nearby, clearly enjoying what he saw. All of a sudden you don’t believe that the words “Communist” and “Jew” are synonyms? Or it was just nice to see the humiliation yesterday of a successful man, dramaga toothbrush pavement? In this trait of our mentality somehow believe it is much easier.

I will not describe all the horrors that Ukrainian Jews in the distant 41st — lot of them are written in the historical Chronicles. Want to go back to the day today. According to preliminary data, only for a couple of days of pogroms in Lviv one killed about 4 thousand Jews. So why today in this glorious city, where before the war Jews made up a very significant percentage of residents, local authorities do not lit any candles in memory of the innocent victims of the Nazis, not honoring them at least a minute of silence? “Eyes not bacati — heart not to be ill”? Well, something like that. Like nothing had happened, or was but not here, and if here, then not with us. And when, if not today, would do well to remember the righteous of the world from Western Ukraine who risked their lives hiding the Jews, saving them from certain death…

Remember how in childhood I was struck by the story told by my grandmother — Adelia. This all happened during the occupation in a fairly large village in Ternopil region. My grandmother (then a young girl) was the bosom friend is Jewish, had been friends since childhood, played together. And that’s when the village began to gather the Jews, the grandmother, sensing something was wrong, he hid his girlfriend at home under a large bed. She did not get out for several days. Germans came, examined the house. And already when seemingly all the worst was over, grandma’s friend heard snatches of conversation between the policemen, which mentioned her family. And at night she could not stand, ran home. And in the morning the grandmother found her near — empty hut of the once large Jewish family. Girl lying on their backs on the bed. She had been shot. What happened, where did the family still do not know…

And similar stories for thousands. Why other Nations, especially the Germans, have the courage to admit their guilt, repent and try to atone for it, and we pretend that nothing is almost Holy. After all, with the tacit consent of the majority has always done all the bloody crimes.

I specifically promonitorila websites for at least one of the official events of remembrance of the victims of the pogrom 41st in Lviv. But found only planned these days, “Shukhevych-fest”. And if this event is dedicated to the victims of the pogroms, my compatriots are truly indestructible sense of humor! Probably just bad looking. Because I don’t want to believe that my glorious countrymen, who throughout his long and complicated history went through many humiliations, humiliation and ordeal, you can stay blind and deaf to the pain of thousands of Ukrainian Jewish families who lost relatives distant 30 June 41 th. 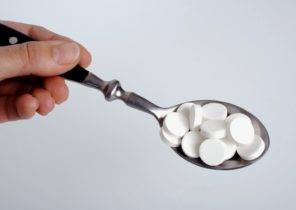