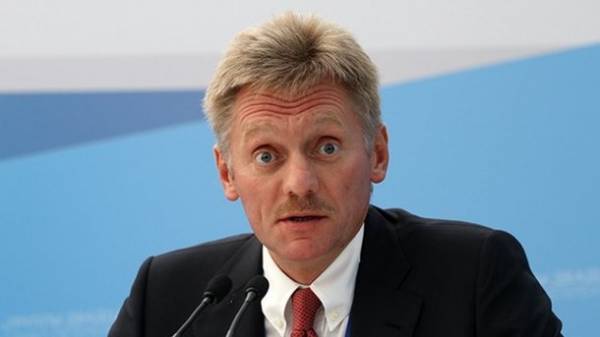 The Kremlin does not agree with the words of the President of the United States Donald trump is that Russia is the main destabilizing the situation in Eastern Europe. This was stated press Secretary of President Dmitry Peskov, reports UNIAN.

“We do not agree with such approach”, – said Peskov.

He stressed that Moscow seeks to understand the true relationship trump to Russia, what will help to understand his meeting with Russian President Vladimir Putin.

“No, the Kremlin still also have no understanding. It’s such a reciprocity, I would say, which in this case is deplorable. But that’s why we are waiting for all of the first meeting of the two presidents. They will be able to personally share their thoughts on topical issues, and most importantly – this is an opportunity to learn and to understand is still true approach each of them in relation to bilateral relations and not the approach that is broadcast by the mass media”, – said Peskov.

We will remind, today during the meeting with the President of Poland Andrzej Duda, the American leader expressed the view that in destabilizing the situation in Eastern Europe Russia is to blame.