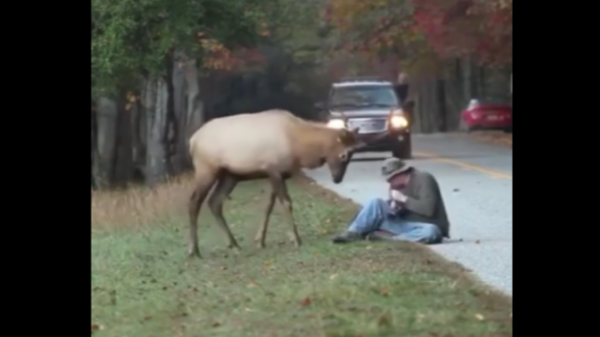 In the era of selfies and other quick photos of are people that do not like to be photographed. The same applies to animals.

Moose became the main hero of the video on facebook.

The animal was found near a roadside with a man who tried to photograph him. But the moose refused to participate in the photo shoot and started to push the man’s head, clinging to its horns.

This went on for several minutes until the animal is gone from a man.

Meanwhile, the video of the unsuccessful attempts of the photographer and elk have already collected over two million views.