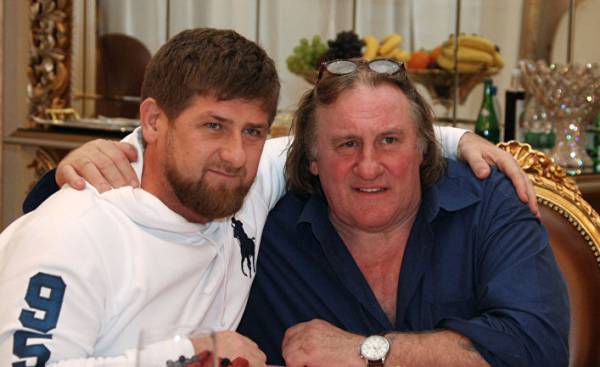 I remember during the Soviet regime, many intellectuals are feeling the disgust in contemporary life, was leaving the village. It was a kind of escapism when he jumped out the TV, trample trampled the feet of the radio (if you still remember what it is), and then was just sitting in front of a house on a bench, reading literary magazines under the beer-vodka, catching minnows in the local pond cluttered and simple digging in the flower bed under the Windows.

Now everything has changed — those who are disgusted with the Putin regime, just knocked out of the country, closely studying the Internet, which lucidly described, where it is easier to obtain a residence permit and then citizenship. States are usually very strict to the applicants. First get a residence permit, and then, often after many years, get citizenship and the if get. And, even though you are there star-peresveta, the order is always the same. It happens that the President gives citizenship to their personal decree, then everything works for a couple of days. But such the applicant needs something to do for this country, to make it clear what were given citizenship immediately. It has some incredible merits, but — and this is important — it to this country.

And I completely understand Putin, who granted citizenship to all sorts of stars that life has put for the sake of Russia!

For example, a fighter Monson — it is up to the Russian citizenship received citizenship, “DNR”, so it is understandable why he is now a citizen of Russia.

Depardieu is here, too, everything is clear: there were promises to pave the Crimea vineyards, though, everything collapsed. Where the Depardieu and vineyards — no one knows.

Steven Seagal is, apparently, also got citizenship for some important actions for the benefit of Russia — what exactly no one can say.

And now a love of Russian citizenship was kindled Maradona is confirmed Mutko. The heroic actions of Maradona for the benefit of Russia every Russian knows from childhood, so that soon a native Russian, Maradona will get his pasportinu.

Next, I will not comment on all of this, just recall how to get US citizenship.

At first, you hiring a special lawyer and spending a bunch of money, fill out forms, proving your value as a specialist profession which can be useful in America. These papers study. If everything is in order, then you get a green card. With it you can live and work in America. But if you want to become a citizen, you must reside in the U.S. more than 2.5 years for some five years; thus, it is important to pay taxes, have a home address.

Next, you need to pass the exam, including knowledge of the history and system of the USA and be able to communicate in English. Then, if you passed this exam, take the oath.

And then the passport.

About the price of the country of citizenship.

Russia and America are roughly equal in area.

But the price among different countries.

If you look at nationality.