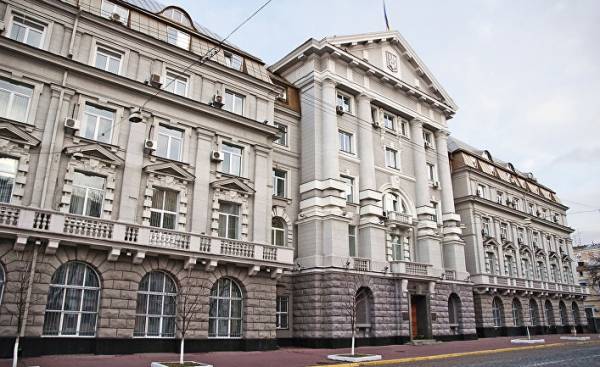 Adviser to the head of the interior Ministry Zoryan Shkiriak in broadcast television channel “112 Ukraine” commented on the non-admission to Ukraine a number of Russian artists, whose performances had been previously planned.

“I think the tougher it will be to operate the SBU in the context of the prohibition of entry for those Russian singers who visited the annexed Crimea, illegally crossed the border of Ukraine, the cleaner our air would be from this Russian shit. Therefore, in this situation we clearly used the same methods that are inherent in any civilized country, which is in conflict with the aggressor in an armed conflict. I’m generally a supporter of tough enough methods to ensure the security of our state, including through the Russian musicians. I rejoice when Ukraine comes Makarevich, Grebenshchikov, but when going all this Russian stuff, which then calls himself the pigeons of the world, and in fact supported the aggression, said that Crimea is Russian, then comes here,” — expressed his opinion Shkiryak.

“I’m happy to ride in the car and listen to the Ukrainian station where you can enjoy beautiful Ukrainian music, which almost sounds Russian content. This enables us to develop and, thank God, not to destroy the minds of our children,” he said.

As reported, on July 2, Deputy Prime Minister Vyacheslav Kyrylenko informed that the SBU and border guards were not allowed to Ukraine seven singers from Russia in two days. Later the assistant to the head of the state border service Oleg Slobodyan said that the number of banned Russian artists from the beginning of July is at least 14 people.

Several Russian musicians, speaking in annexed Crimea, was waiting in Kiev, the organizers of the music festival Atlas Weekend. Among them, Nike Borzov, and four members of his group and the soloist of group “Delfin” Andrey Lysikov. And Odessa were going to the singer Bianca, which had also banned entry to Ukraine.