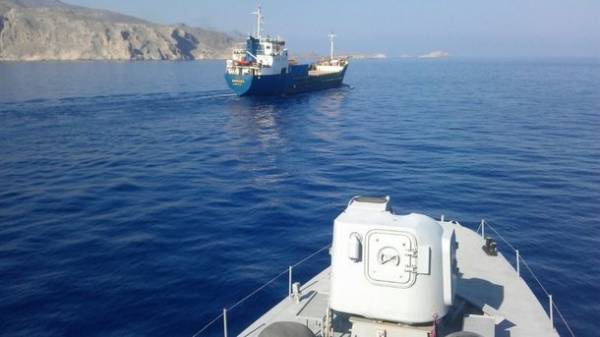 After reports of the shelling of a Turkish commercial cargo ship to the island of Rhodes in the Aegean sea sent two boats of the coast guard, and amphibious assault boat of the Turkish Navy. It is reported by the Ministry, the TV channel “112 Ukraine” with reference to Anadolu.

According to the report, the decision was made in response to reports of shelling boats for the Greek Navy trade ship ACT under the Turkish flag in the center of the island of Rhodes in the Aegean sea.

“Unmoored ship in Turkish territorial waters, and soon the crew will be questioned in connection with the incident. According to the publication, in the case of the bulk carrier there were traces from bullets, no injuries”, – stated in the message.

It is reported, citing Greek border guards, coast guard, Greece was planning to inspect the cargo of a Turkish vessel M/V ACT because of anonymous reports of drug trafficking.

As the edition Iefimerida, Greek coast guard fired warning shots across the Turkish ship after the captain refused to enter the port of Rhodes for inspection. In the end, the Turkish cargo ship changed course and went into Turkish territorial waters.