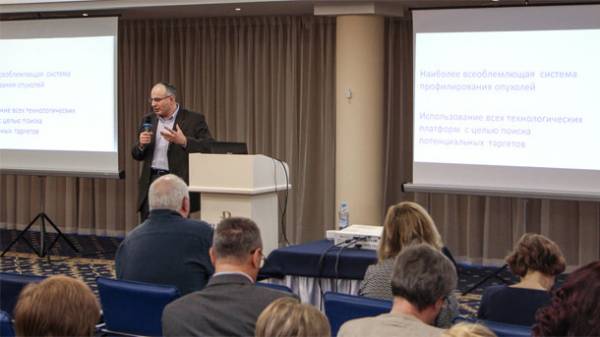 16 February in Kiev was held a scientific-practical seminar on “Molecular profiling as a step towards personification in the treatment of cancer”.

The event was attended by about 100 doctors for cancer from all over Ukraine.

Profiling of tumors is the ability to find every cancer individual patient and the most effective regimen. The availability of molecular data gives the oncologist an opportunity to make informed decisions regarding treatment, and the patients the opportunity to see how to grow their children and grandchildren. With the advent of molecular profiling of tumors, the method of “trial and error” is no longer acceptable in Oncology.

Professor Alexei Kovalev also stressed the important role of molecular profiling and personalizing the treatment of patients with cancer: the cancer of each patient has a unique molecular structure. With knowledge of this structure, the doctor can find the patient’s individual course of treatment, the most effective in each case.

The participants exchanged experiences and discussed new ways and tactics in the treatment of cancer. Profiling of tumors holds great promise as prior to oncologists and their patients.

Scientific-practical seminar was held with the support of the British pharmaceutical company Amaxa Pharma in conjunction with Caris Life Sciences, a leading company in the field of biological Sciences, which focus on improving the treatment of cancer. The company’s products Amaxa Pharma, such as Irinotecan Amaxa, Amaxa Gemcitabine, Docetaxel Amaxa, Amaxa Paclitaxel, Oxaliplatin Amaxa and Zolta widely used for the treatment of patients with cancer.