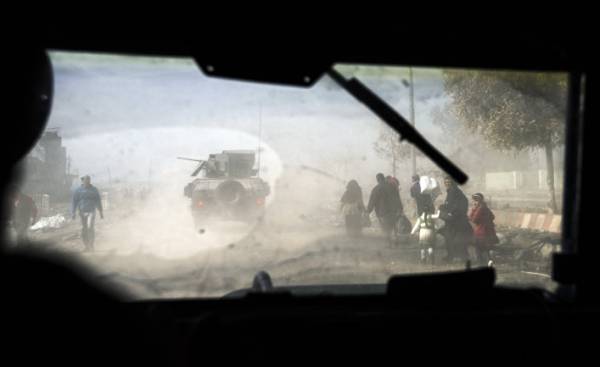 Among the members of the administration trump, experts on terrorism and experts on Syria, there is a strong opinion that ISIL (banned in Russia organization — approx. TRANS.) in this country, not to destroy, if not to remove Bashar Assad from power and to strongly reduce the presence and influence of Iran. In a perfect world, it would be really the best option, depriving ISIS and other jihadist groups, including “al-Qaeda” (banned in Russia organization — approx. TRANS.), to gain a foothold in this country. But it is clear that the middle East is far from perfect. The American response to the next attack with the use of chemical weapons, which the White house warned Monday, it will be necessary and justified. (Assad and his army will have to “pay the price”, the statement reads.) But to implement ambitious action against Iran, Assad and the Russians in Syria is dangerous, unwise and impractical to protect vital American interests in the security sphere. There are five good reasons.

In his speech at the inauguration of a President trump talked about the need to wipe out radical Islamic terrorism from the face of the earth. But it’s impossible. Syria will remain a hotbed of jihadists and Salafis of all stripes due to weak government management, the gloomy prospects of the economy, religious hatred and the plight of the Sunni communities. In its ideology and propaganda they will continue to use the discontent, grievances and complaints of the Sunni population. People insisting on a more assertive and active policy in Syria, are right in that if not to solve these problems, ISIS and other jihadist groups will be as before to thrive even without their embryonic Caliphate. But even the hotheads in the administration, trump would not advocate that the United States and its allies sent thousands of troops has allocated billions of dollars to destroy all of its opponents in Syria and then occupied, put things in order and restore this country. I must say that the President strongly opposed this kind of state-building. To deter jihadists is possible, but to expel them from Syria is unrealistic.

Stability in Syria is not expected

The idea that the fight against Iran and action on the weakening of the Assad regime with a view to his removal from power and the beginning of the negotiation process will result, is nothing more than a myth. It is quite obvious for several years. Even if the United States decides to remove Assad, it will lead only to greater chaos, as now among the allies of the West there is no such organized force that will be able to replace it. A crazy struggle for power and territory between various groups such as the Sunni jihadists from ISIS and “al-Qaeda”, the Pro-Iranian militants Shiites, alawites and Kurds will only exacerbate the situation. Assad did not want to participate in the negotiations on the political transition even before the Russia in the course of its intervention in 2015, helped to turn the tide in his favor. And now that Assad controls most of the important cities and regions in Syria, he in any case will not agree to such a denouement. Moreover, the Russian, who certainly need a political decision and resolution as your exit strategy, as it is not very in a hurry. Given the fact how much effort Moscow has made in Syria and what is the capital spent there, she in no case do not succumb to pressure and intimidation. Thus, even if theoretically, for the destruction of ISIS we need to rid Syria of Assad and the Alawite domination, to satisfy the demands of the Sunnis and to contain Iranian influence, it is simply impossible, because the American Congress and society does not want to go to such costs. And because stability in the country today is unattainable, the administration’s actions trump deepening of military and civil intervention in Syria should carefully weigh and analyze for realizability of goals through such active participation. But those who insist on more aggressive action in Syria, never talked about what is the relationship between the active American intervention and ultimate goals.

We do not want war with Iran

Iran runs a repressive regime. It violates human rights, pursuing expansionist goals and the financing of terrorist activities throughout the Middle East. But the actions to weaken Iranian influence in Syria seem simple in theory, although in practice it is much more difficult. Those who seek to expel Iran from the South-Eastern part of Syria and stop its efforts to establish control over the border crossings between Iraqi and Syrian territory to create a land corridor to the Mediterranean, yet are unable to demonstrate how all of this will contribute to the defeat of ISIS. They won’t tell you directly, what forces will achieve these goals and to control the region. One official from the White house recently remembered the series from the 1960-ies of the “Rat patrol” about the brave American soldiers that are riding in jeeps through the North African desert and pursue the Germans. The administration also plans to send a team of seven people to provide humanitarian aid in areas in the South-East of Syria, liberated from the “Islamic state”. This is all just a tactic that is doomed to failure, and not the whole strategy. The administration’s policies against Syria are not tied to broader goals such as the fight against ISIS and other jihadist groups, while Iran these goals is as relevant as ever in light of the recent terrorist attack in Tehran. Moreover, a more aggressive policy of escalation against Iran could jeopardize nuclear agreement. This agreement is far from perfect, but it significantly slowed the progress of Iran towards a nuclear weapons over the next 10-15 years. Today, when the nuclear threat is the North Korean government, the US absolutely does not need another rogue state seeking to join the nuclear club.

Fears that the United States and Russia will enter into full-scale war over Syria, is greatly exaggerated, because both countries are fully aware of the disastrous consequences of such a collision. But because of the escalation of military incidents in Syria with the participation of American and Russian troops, the two countries will simply not be able to work out a temporary agreement to stabilize the situation after the capture of Raqqa by American troops and the coalition forces. Washington is facing in Syria with an unpleasant truth. First, in Russia there are much more robust military and diplomatic positions. Second, as Putin prevails, it is hard to imagine that he (or the Assad regime) will agree to significantly restrict the freedom of action of the Syrian dictator. In addition, Putin is unlikely to agree to some kind of international presence in Syria with the aim of performing peacekeeping operations, stabilization and reconstruction of the country, because it weakens his power and influence. Third, Moscow is very important for the establishment of a political and economic mechanism that will be required for the stabilization and reconstruction of Syria. In short, no cooperation with Moscow in Syria at the end of the conflict cannot be considered if the United States would try to put pressure on Russia. Anyone who claims that pressure on Moscow is the only way to change Putin’s calculus, ignores the obvious reluctance of the us President to join him in the conflict, the unwillingness of the US to exert serious pressure and Putin’s willingness, if necessary, to strike back.

What is important as Syria is for the United States (and much suggests that it is not so important), Washington must decide what he is willing to sacrifice, and whether he will insist that Iran and Russia will resist. There’s a huge difference in how this question watching US, and how he sees the countries located in this region or near it. Iran, Turkey, Israel, Jordan, the Gulf countries — they all seem ready to sacrifice much more than the United States. They know better their region, and the geography and demographics give them key advantages. For many countries it is of vital importance, in contrast to America. This is most evident in Syria. Assad is fighting for survival. For Iran, Syria are not as important as Iraq, but Tehran has already spent a huge human and material resources, enlisting in this fight. And Putin has transferred to Syria, Russian troops not to retreat under US pressure. The reality is that the coalition of Syria-Iran-Russia is a voluntary Union of people wishing that a stronger Alliance, put together by the United States. American Alliance is increasingly a coalition of semi-voluntary and also only half interested. The argument that to change the calculus of Iran and Russia is possible only by the discharge pressure, is a dangerous game, as between two parties there is a huge imbalance of will, interests, and allies. Who flinches first, when neither Congress nor society do not support another military adventure with no defined end goals (remember Afghanistan and Iraq)?

First, remember Afghanistan, where today stuck USA. There Washington might have to settle for a minimally satisfactory outcome, because of the victory nowhere to wait. It is impossible to say where this may lead. In the end, the United States is in Afghanistan for a dozen years, and it still remains to be seen whether they achieve something a little bit similar to sustainable success.

And in Syria, a primary objective should still be weakening and containment of the jihadist groups that they were constantly in tension and could not carry out attacks in the United States, Europe and the countries of the region. It is not the optimal result, but it is much preferable to the pursuit of unrealistic and unattainable goals that could suck the United States into a series of endless wars that divert America’s attention, and in which it cannot prevail, because the enemy she’s much more purposeful and decisive. Reducing (but not eliminating) the jihadist threat is not the most pleasant and not heroic strategy and with this strategy it is impossible to establish order in Syria and to deal a decisive strike on Iran. But for America, this is the only correct approach, especially considering the dangers and negative aspects that could result from a war with Syria and Iran in these disputed territories. And already there are encouraging signs that the Pentagon, at least, aware of these dangers. 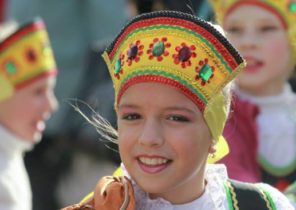 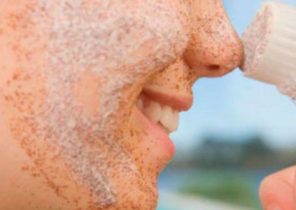