To return France to its national sovereignty. To strive for a Europe consisting of independent States serving in the favor of the people

1. To regain our freedom and become masters of our destiny, returning to the French people’s sovereignty (monetary, legislative, territorial, economic). For this we will organize negotiations with our European partners, after which there will be organized a referendum on our membership of the European Union. The goal is to gain the respect of Europe independent of France, national sovereignty and conformity with the interests of the peoples.

New Patriotic model with the aim of creating jobs

37. To establish a true economic patriotism, free from European constraints and maintaining state control over French companies at a reasonable price range. Partly to keep state control in small businesses.

43. To bring order to our public finances, putting an end to inefficient public expenditures (especially those related to immigration and the European Union), as well as in the fight against social and tax fraud. To get rid of dependence on financial markets, once again returning to direct financing of the Treasury by the Bank of France.

61. To protect the deposits and savings of the French, abandoning the Bank of the EU Directive and from the second law of Michel Sapena that provide for payments or freezing of Bank savings and insurance contracts in the event of a threat of a banking crisis. To preserve the freedom and diversity of means of payment.

VII the Strong of France

To achieve respect for France

118. To withdraw from the joint military command of NATO, France was involved in wars in other countries.

119. To provide Autonomous defense capabilities in all areas.

120. To restore in all areas of defence proposal from the industrial productions of France, which would meet the needs of our army and ensure our strategic independence.

122. France should act in the interests of a multipolar world based on equality rights of the different States, their constant agreement and respect for their independence. International policy must be based on the principle of realism and is designed to return France to its influence, stability and balance. 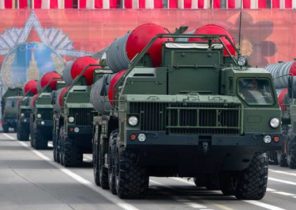