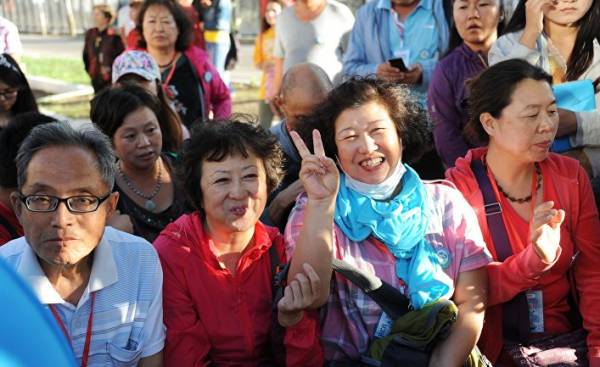 At the end of may, despite the fact that Russia has not yet begun high tourist season, you can see crowds of Chinese tourists visit the popular sights of St. Petersburg: Catherine Palace, Winter Palace, ride on a boat on the Neva, photographed against the backdrop of Peter I. the Owner of a local travel company, told our reporter that such a phenomenon can be observed not only in Petersburg but also in other major Russian cities. So, the Chinese prefer Moscow and Sochi. Chinese tourists have a lot of privileges if you are travelling in groups. The tour guide Xiao Zhu told our correspondent that in July in Russia usually begins the high tourist season in Saint Petersburg is a tourist office will be able to take about 200 Chinese travelers. Mainly in Russia come to the inhabitants of Guangdong province.

Why the residents of Guangdong choose Russia?

Flying to St. Petersburg, our reporter noticed a group of Chinese tourists from 40 people. A traveller surnamed Zhang told reporters that he was originally from the city (an urban district in Guangdong province). The tour cost was about 7,000 yuan (1 yuan is equal to 8.64 ruble as at 26 June approx. ed.). Traveling, mostly elderly people who dream of seeing the Winter Palace, the Military Museum, the statue of Lenin, the Aurora cruiser. In China this phenomenon is called “red” tourism, which means visits to places of military and revolutionary glory. Therefore, the Chinese seniors prefer to travel to a place like this, remembering the events of the past years.

Professor of Moscow state University. M. V. Lomonosov, dedicated to the study of Russia, Fay said that Russia opened a Consulate in Guangzhou in this regard, it established air service between Russia and the province of Guangdong: “Aeroflot” has opened direct flights from Guangzhou to Baiyun airport, besides China Southern Airlines organized flights to Moscow via Wuhan. The main advantage of the new routes is their price: they are much cheaper ticket Beijing-Moscow, and therefore the demand is significantly more.

Fay believes, with the advent of direct flights from Guangdong, the Russians noticed that the people of this province love to go to Moscow, particularly those over 60 years of age, as they mainly arrive in Moscow to get to know the history of the socialist revolution. Therefore, Russia intends to continue to develop red tourism.

3-4 years ago as soon as Russia has opened a visa center in Guangzhou, the number of applications was unexpectedly huge. At the moment the number of tourists from Guangzhou visiting Russia is four tenths of the total of China. It turns out that most residents of Guangdong province to visit Russia.

In fact, the opening of the Consulate and visa center is not the main reason for the popularity of Russian direction of the Chinese. Based on the data our correspondent, another important reason is the low exchange rate, which travel in Russia do Chinese tourists is very cheap. In addition, the Chinese payment cards are accepted almost everywhere. Many Chinese enough phone to make payment through Alipay or Bank card. It is important that Russians, especially young people, started to learn Chinese and interested in Chinese culture. In Russia are very friendly to Chinese tourists. Russian hotels and restaurants have started to provide different types of services in the Chinese language. For example, speaking Chinese staff, publications in the language guide, the ability to pay with a payment card Union Pay, as well as the ability to obtain a city map in Chinese. 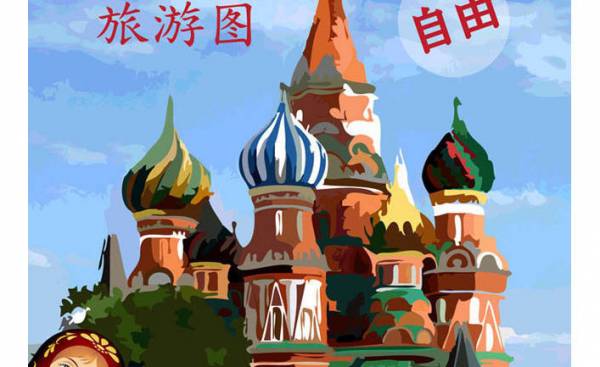 Besides, at the governmental level, Russia actively supports the attraction of Chinese tourists. If the tourist group is composed of five or more people, it is possible to enter Russia without taking out a visa. Last year this threshold would be reduced to three people with term of stay no more than 3 weeks. The head of the Department of tourism in the Russian Federation said that currently the agreement, and every effort is made for the entry into force of this agreement.

Russian amber was the “pet” of Chinese tourists

In Russian streets you can see small street stalls with amber, and a huge wholesale boutiques that attract Chinese tourists. Amber is known as “Nordic gold”. The Chinese are particularly fond of this gem. In recent years its value has grown significantly.

Many Chinese tourists coming to Russia, the first thing I want to know where you can buy cheap and high quality amber. Our correspondent together with a local guide went to one of the shops of St. Petersburg. Windows of the boutique filled with amber of different colour, type, form. Beneath the light the stones shimmered and became that bright orange, then red, then white, that no one could remain indifferent. Telling the story of amber, the seller wiped the stones as if they were his personal jewelry. According to him, in China during the Tang and song amber was known as one of the seven treasures of Buddhism. It is believed that the amber originated in the North of Europe — treasure of the Baltic sea. Through the “Great silk road” was in China. During the Tang and song officials and scientists of the time thought highly of amber, so he became known in the nation. During the reign of the Qing dynasty amber was the subject, emphasizing the status of the owner. To the extent that high-ranking officials were required to wear a necklace of amber. 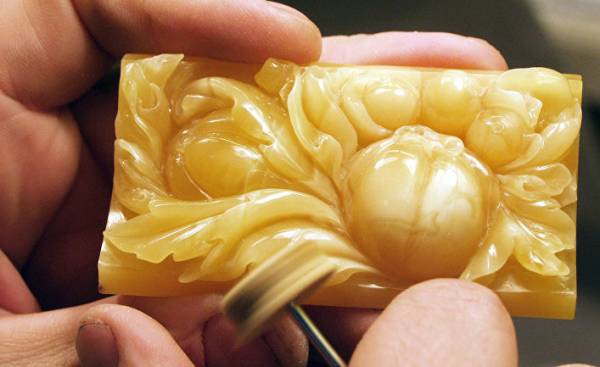 © RIA Novosti, Dmitry Korobeynikov | go to foobarcontroller the Amber room in the Catherine Palace in Pushkin

However, the silk road went into decline due to the renewed military conflicts in Central Asia, and this gem was forgotten.

Amber appeared again in the field of view of the Chinese in 1994. That year the auction was sold sculpture of the Minsk period, 44 thousand yuan at the current rate. After this incident, amber has regained popularity among the Chinese. In 2012 spring auction in Beijing were sold another sculpture made of amber already over 92 thousand yuan, becoming the most expensive sculpture of amber for the whole story.

Our correspondent managed to talk personally with one of the managers of the Moscow shop of treasures, which is amber for more than a dozen years. The owner said, “Everyone thinks the main place of production of amber is the Baltic sea, but it is not the only place. In Russia, the largest mining area is considered to be Kaliningrad oblast, only then Ukraine, Poland and Lithuania. The last few years, the demand for amber increased several dozen times. When buying amber in Beijing, Guangzhou, Shenzhen, the price of amber will be inflated in 3-4 times.”

The main reason for the growth in the price of amber can be considered that the Chinese attach to this stone is very important. All over the world to disseminate information about the beneficial properties of amber, its positive impact on the health of the owner, and healthy things is the “key to the heart” of Chinese consumers.

Professor of the Moscow State University. M. V. Lomonosov Fay has studied this phenomenon and acknowledged that the demand for amber among the Chinese and Central Asians only serves to strengthen trade and economic relations between States, including an important part of commodity-money turnover in the framework of the project “One belt, one road”. Amber, after a thousand years of history, has returned to the Chinese market. This stone was a symbol of prosperity and subsequent decline of China’s foreign trade.