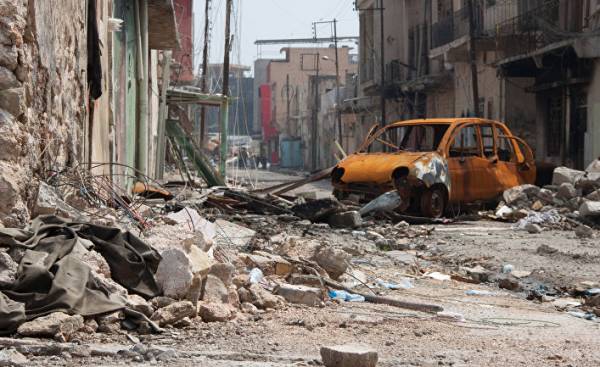 In vain in the Western part of Mosul Saleh is trying to find the car of your family between the charred wreckage and broken trucks blocked roads in the districts from which they were expelled ISIS militants (banned in Russia — approx. ed.).

On main and secondary streets, or those who are still a battlefield of the Iraqi forces and terrorists, heaped and scattered cars and vehicles of all shapes, colors and sizes. Some of them turned into a pile of iron, others, including overturned trucks and tanks are a big hurdle in the road.

Near homes, abandoned, are still standing parked their cars covered with dust, dirt and shards of broken Windows. Everywhere you can see the scattered wreckage of a yellow cab.

Saleh, a woman of 40 years, together with its neighbours, walked through the outskirts of al-Hermat in Western Mosul in search of his car.

She said the Agency France-Press: “When we returned to the area, we are unable to find the car. This white Kia, in search of which we are, but which were not crowned with success.”

This woman along with her family fled the city, leaving your car parked outside the house. However, returning to the liberated area after a few days, she already didn’t detect it.

Saleh in the Abaya purple and brown added: “We don’t know who took it… We go around the neighborhoods in search of the car… We also sent a complaint to a special Department”.

Officer rapid response team Rami al-Tamimi said: “as you move our units, the militants of the terrorist group ISIS has placed machines across the streets and set fire to them, trying to prevent our attack and reduce visibility of reconnaissance aircraft the Iraqi army and the forces of the International Alliance”.

According to al-Tamimi, ISIS militants, leaving a certain area, put mines on parked cars and trucks to blow them up remotely when our forces would come to this city.”

The militants often resort to this method when they are forced out of certain areas. They blow up cars in order to cause more damage to the enemy. In Iraq, as well as in neighboring Syria, they burn cars and wheels in order to block the review of military aircraft. 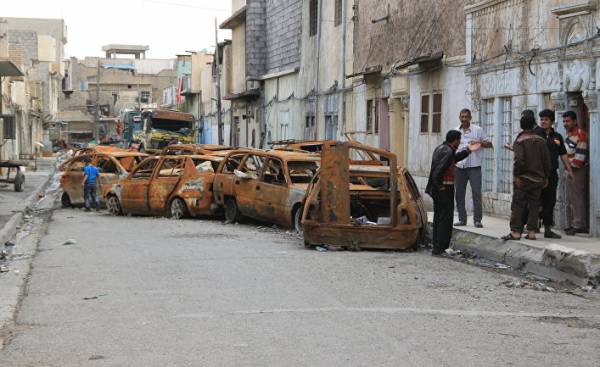 © RIA Novosti, Rafael Daminov | go to fotoreceptori, burned by militants of the “Islamic state (ISIS, an organization banned in Russia), in the Western part of Mosul

Like Saleh, Mind Kemal (a pseudonym) is looking for your Toyota maroon color 2011 model year.

A woman of 40 years tells us that with the intensification of fighting last month between Iraqi forces and ISIS militants in the al-Harmat “we decided to leave our home, leaving the car near the house, but when we returned back today, we did not find”.

Mind Kemal also filed a complaint, in the center of a rapid reaction force, adding: “We hope that they will return the car. Children worked 15 years in order to acquire it.”

31 – year-old COP named Abu Nesma reported that “many families complain about loss of vehicle arson by militants of the terrorist group or the theft of equipment from them.”

He added: “it Happens that we find parked at houses cars, however, it is impossible to locate their owners. In such cases, we will contact their owners and ask them to come and pick up their vehicle.”

On the main street near al-Harmat cars piled on each other in order to separate the side of the road.

Male, 40 years old known as Abu Hassan working in the field of trade and living in the area, said that these cars “were used as defence lines during the fighting ISIL and troops of the Iraqi army.” 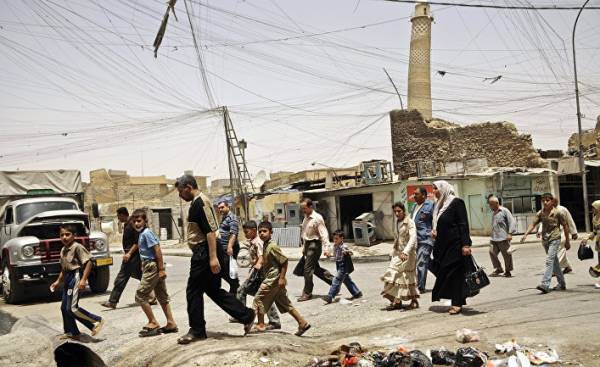 © AP Photo Maya Alleruzzo, FileМестные the people on the background the minaret of the mosque of al-Nuri in Mosul

He added that “while ISIS prevailed in the city, she set fire to some cars in order to take revenge on their owners, but after the onset of the militants of the terrorist organization began to blow and burn them to prevent the action of military aircraft”.

According to Abu Hassan, after the promotion of the Iraqi forces, “military bulldozers shoveled piles of cars and trucks on the streets for fear of explosion of the mined car, and trying to reflect so planned attack ISIS”.

Seven months ago, Iraqi troops launched a major offensive on the city of Mosul, which in 2014 was captured by the organization “al-Qaeda”. In the end, they were able to take control of most part of the territory.

Al-Tamimi pointed out that “a lot of people cooperated with the army, Park your car on the street in order to block the road to the militants of the terrorist organization” during the battle for Mosul. He added: “We often hear from people saying “better my car than my family”

However, in light of the massive destruction of Mosul, recovery vehicles cannot be guaranteed. Al-Tamimi calls to report missing vehicles in “district police stations”. He pointed out that “a number of residents were able to get their cars and rooms after providing official documents”.

The US remake of the submarine under women