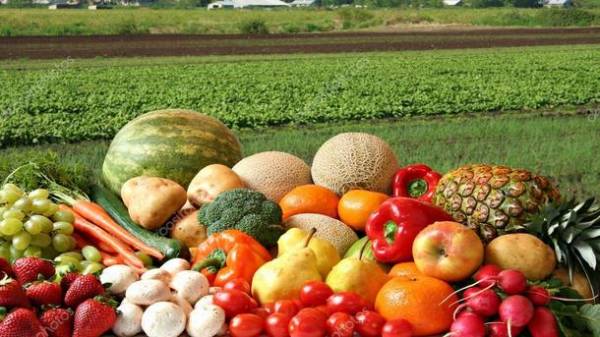 Ukrainians are shocked space the prices of vegetables of a new crop — the end of June, and prices on potatoes, cabbage, root vegetables going through the roof, closer to 20 UAH per kilo of cabbage or carrots. This is 5-6 times more expensive than it was a year ago. For example, in Kiev cabbage in June 2016 cost of 2.55 UAH/kg, now more than 19!

Agricultural market experts say that prices have gone mad because of the poor harvest, as was the late cold spring. Another, but less significant reason — earned Association with the EU, where our early vegetables was exported, pulling down prices in the domestic market. “Today” figured out what will happen to prices in the summer, and on the basis of data of state Statistics ranked the most expensive and the cheapest regions. 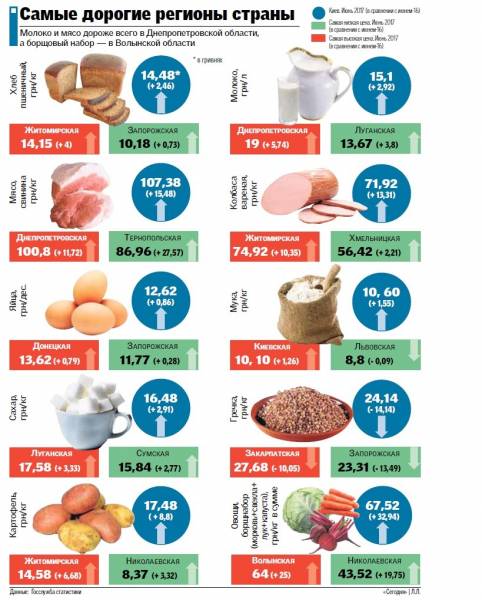 VEGETABLES. According to analysts of the project “APK-inform: vegetables and fruits”, the new potatoes for the year rose 23%, to UAH 8-9/kg in the wholesale, or up to 16 to 19 UAH/kg in retail. Obviously, at this price take it reluctantly, he spoiled, it has to be written off. But the price trade still holds — the offer is small, and the remnants of the old crop is negligible.

But attributable to UAH 10/kg cheaper cucumbers and zucchini. The high cost of cabbage, beet and carrot manufacturers also explain the reduction of areas under crops of cabbage because of the failure of the prices in 2016.

The analyst of the Ukrainian agrarian Confederation Dmitry Dane recalls that an additional factor for the high prices was still and frosty late spring, where the clay harvest late. And greenhouse vegetables have always been expensive.

EVERYTHING BECOMES MORE EXPENSIVE. As you can see from the infographic for the year rose not only vegetables, but also meat, milk, bread. The growth of prices made up depending on the region of 7-28% for bread, 4-14% in the sausage, 12-32% for meat, 27-30% for milk, bread. A little more restrained (average 5-7% growth per year) behave in the prices of groceries. But buckwheat has fallen in price in 1,5 times.

According to the Director of the Ukrainian Association of trade networks suppliers Oleksiy Doroshenko, the price of pork and beef are rising after the so-called pending price increase for 2015-16, when the thickness of the purse buyers restrain the rising cost of meat and fat. In the end, the offer of perishable goods exceeded the demand, and its price increased even below the level of inflation at 5-8 UAH/year per kilo.

“Now the situation is different — cattle and pigs grown smaller and trade more not focused on buyers with low income, because these people are switching to cheaper chicken. Wealthy people will pay for meat and 100 UAH/kg, and more — explained Doroshenko. And buckwheat has fallen in price because the price of it was speculative. But the fact is — it is so expensive!”.

FORECASTS. Experts are not yet predicting the traditional summer “collapse” of prices. “I don’t think this year cheap vegetables give summer deflation, although small, 3-5 UAH/kg, the decrease will be”, — predicts the Dane. Doroshenko says that below 10 UAH price of new potatoes and the other components of borabora unlikely to fall. But he expects the rising cost of meat and meat products for another 12-15 UAH/kg: “by the end of the year their prices will definitely rise, but maybe in the summer stabiliziruemost at the current level.”