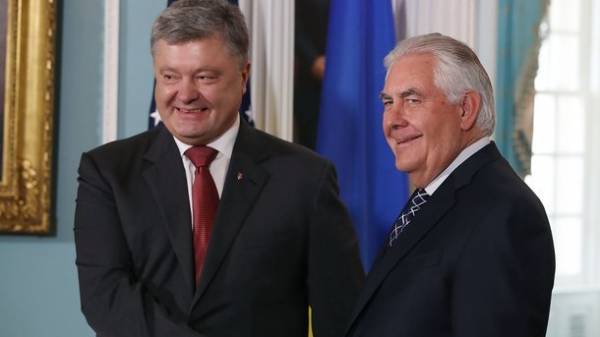 The press service of the US state Department has revealed the details and purpose of the visit of the American Secretary of state Rex Tillerson in Ukraine. It is reported “LigaBusinessInform”.

“The Secretary of state again confirm the U.S. commitment to the sovereignty and territorial integrity of Ukraine, called upon the government of Ukraine to continue implementing reforms aimed at strengthening economic, political and military stability of Ukraine”, – stated in the message.

The US delegation will include the newly appointed US special envoy to Ukraine Kurt Volker.

As reported, on 7 June Tillerson has appointed former US Ambassador to NATO, Kurt Volker, as special envoy in Ukraine, which will coordinate the efforts of the Department of state on conflict settlement in the Donbass.