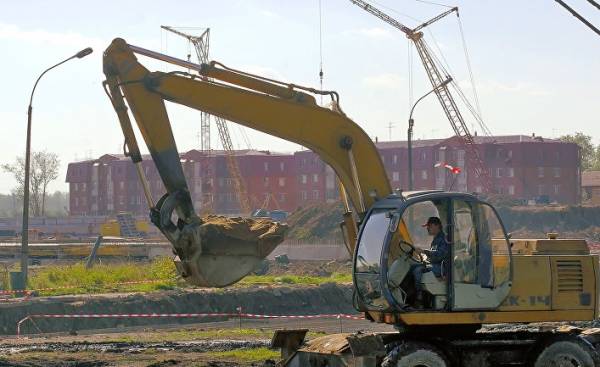 For those born in Kouvola construction engineer Vette Juha (Juha Vättö) to go to work in a neighbouring country, was quite a natural step. His first job was in the Svetogorsk pulp and paper mill in 1974, which was constructed by the firm “Finn-Stroi”. He then worked at the Kostomuksha ore-dressing plant and a pulp and paper plant in Sovetsk.

In 1970-1980-ies with “Finn-Stroi” there were many projects in the USSR. Then the contracts had been conducted on barter or on clearing basis. Shortly before the end of this period, in 1988, the company managed to create the first Finnish-Soviet construction company “Lentek”.

Juha Vette negotiated the creation of the “Lantaka”, and soon he was appointed the managing Director of the company. After the end of the group’s activities “Finn-Stroi” Vette became one of the owners “Lantaka” along with “Rakennus-Ruola”. The largest owner was St. Petersburg.

Despite the collapse of the Soviet Union and end the practice of clearing relations, the company “Lentek” had a lot of work in St. Petersburg, the former Leningrad. According to Vette, in the early 1990-ies “Lentek” was the most well-known Western company in St. Petersburg. She built dozens of close gas stations, tobacco factories, office buildings and banks. It happened that for old customers, such as custom asked would Watte something for them to build. And he agreed, if were able to negotiate the price.

1990-e years were a troubled time in Russia. Vette than once threatened. In his office raided by armed men a few days after the visit of the journalists of the newspaper Rakennuslehti. It did not help that at the door of the office stood an armed guard.

The unrest didn’t scare Vette, he stubbornly continued to develop the company. He acquired for the company sites, although initially they could only rent. The most important of these was the plot in the Primorsky district, where he planned to build housing for the families of foreigners who were going to move to Saint Petersburg. However, the demand for luxury apartments was very low and the site was forced to wait for better times.

In the late 1990-ies the devaluation of the ruble made the prospects in the field of construction is so vague that in 1997 Vette began to negotiate the sale of the Finnish concern “YIT”. He thought to create a more powerful structure, which would allow to start work on construction and sale of apartments. In the early 2000 years, this goal has been implemented. “Lentek” began to develop the construction in the Primorsky district. In an interview with Rakennuslehti Vette said he was pleased with the first experience. The object was divided into three stages. At the first stage of the work was done by the Russian side, and the Finns only watched. In the second stage, the Finns were involved in the work to gain experience in the sale of apartments.

Wette believed that the construction itself is the easy part of the project. What is problematic is to buy land and get permission.

The apartment is so well sold that Vette began to acquire new sites, including at auctions. The number of objects according to Finnish standards was huge.

At that time the Russian side had 12% of the “Lantaka”, and the company was the Russian General Director. Vette thought it was important for her image.

“In Russia it is necessary to conduct business in a certain way, it requires knowledge of local regulations. Tips of the Finns that the issues could be resolved faster, pointless. You just have to accept the fact that before obtaining the necessary expertise and print all a very long time to chew. It is impossible to change”.

“Russia is a country of contacts. Personal relationships and trust are everything. If you do not know how to use them — will perish.”

Vette could. For example, Vice-Governor of St. Petersburg, Chairman of Committee for construction Alexander Vakhmistrov was head of the “Lantaka” and loved to fish together with Vette. In an interview with Rakennuslehti he praised the “YIT” and Vette, but after reading the note, asked to remove these lines so as not to irritate the Russian company.

Commenced in 2003 Vette activities for the construction and sale of apartments has proven so successful that the “YIT” made it the cornerstone of its strategy in Russia and expanded to the Moscow region, and soon began to do the construction in all large cities of Russia. Later the same principle was built to work at other sites in the Eastern part of Central Europe.

Annual growth in a few tens of percent lasted until 2008, but the fall in Russia affected the global monetary crisis. Vette, like many others who worked in Russia, the Finnish leaders had to leave the company.

“In Russia, no need to fuss” — used to say Vette, but in the company that depended on quarterly earnings, this truth was difficult to follow. Huge investments in Russia was, according to investors, eerily risky.

“Lemminkäinen” quickly took advantage of the situation and has hired experienced and has excellent connections Vette in order to lead housing construction in St. Petersburg. In 58 years Vette was still full of energy and didn’t want to sit at home and “bossy women,” he with humor said in an interview with Rakennuslehti in 2009.

“If the work consisted only in finding the objects, I would not continue, but the construction of real estate — is an interesting case that I always have enough forces,” — he said. Finnish housing construction in comparison with the Russian Watte considered too boring to be able to force him to return to Finland. However, a few times he thought about it, but Petersburg still interested in more.

He did the “YIT the House” is a respected brand in St. Petersburg. In addition to reliability, it is different from local competitors and quality. The same work he continued to do in “Lemminkäinen”. Walls and floors were leveled under the surface, and in the bathrooms was done, at least, waterproofing floor. Although the Russian building code does not prescribe the device of ladders in bathrooms, Vette managed to get them as a factor of improving quality. One of the favorite activities Vate the design of the reinforcement, because of the Russian rule in these matters is far behind.

His favorite thing, a housing development, he worked almost until his death. Pancreatic cancer forced him to “command the women” only in the last week of his life.

Vette was loud cocky leader of the old type, which does not really fit into the glossy world of joint-stock companies. The Russian, however, liked this style because the loud voice of the master they heard his concern for his people. For pet one of the employees it once on your money, invited the vet. He learned a good Russian principle: the head always shares the joys and sorrows of their employees.

Vacation spot Vette was his summer residence, where he left as soon as the opportunity presented itself. Every Friday, he sought out St. Petersburg home or at the cottage. Although the summer usually took place at the construction sites of St. Petersburg, the country was bound to be a lot of flowers, though he knew hardly see them bloom.

“If the country were children, they always went after Jussi — hammerskin seemed enchanted by the pied Piper who played his flute. Romp with children, especially with her grandchildren, let him relax. Jussi will miss him “commanding wife”, three kids and three grandchildren,” says Vette henna (Henna Vättö).

Vette will miss the Finnish and Russian builders. He was a respected expert on Oriental trade, which was struggling with trying to help others the Finns to succeed in Russia.

Respect for Vette is the fact that in 2006 the managing Director, ZAO “YIT Lentek” Vice-President “yuit” in St. Petersburg and Northwest region of Russia Juha Vette the first of foreign builders was awarded the title “Honorary Builder of Russia” and awarded a mark of distinction.