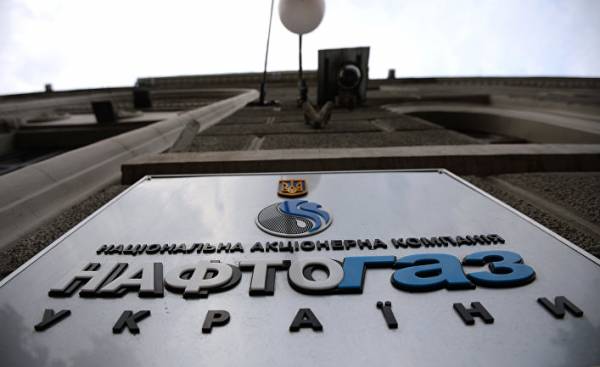 With the blessing of Washington, the Ukraine went on the offensive against the Baltic pipeline, believing that it heralds the demise of the state company “Naftogaz”. Naftogaz is one of the most important companies in the country, as well as a docking of the Russian gas fields and the European market. It is a struggle for life and death. But this time, on one side of the front is Ukraine and the United States, and on the other, oddly enough, the Europeans and Russians.

Here you need to know the background. Naftogaz and Gazprom in 2014, we began the difficult divorce process, in which the Europeans act as mediators. In the court of the Stockholm arbitration is one after the other, which deals with contract disputes, where Gazprom acts as the defendant. This company is the largest supplier of natural gas to Europe. It is managed by the Russian government. Gazprom’s supply contracts have long been a bone of contention. Naftogaz of Ukraine is indignant and tells about cheating. The courts will decide on this matter, but only God knows when. The crisis between the two countries, Gazprom has suggested that the Turks and Europeans to build alternative pipelines. The Turks are building the “Turkish stream”. Germans, Austrians, French and British plan to build a pipeline “Nord stream 2”, which will take place next to the “Nord stream 1”. Since the route is not new, the Ukraine says that this is a political move, whose purpose is to deprive Naftogaz of possibility to earn on delivery of Russian gas to Europe.

And now the most difficult. The anti-senators, mostly Republicans and opponents of the trump, tightening the screws on Russian oil and gas companies. They have three purposes: to punish Russia for supporting anti-government forces in Ukraine, to deprive trump’s ability to perform his constitutional duties, among which are the powers on the abolition of the sanctions regime, and… to help the American gas and potential exporters.

This causes resentment in Europe, particularly in Germany.

14 June, the Senate overwhelmingly (97 to two) adopted the law on extraterritorial sanctions against Russian oil and gas companies. This means that the Senate wants to give the President the authority to punish companies that support certain business relationships with under sanctions of Russian firms, and this will involve not only those companies that operate in Russia, but also those that operate abroad. In the sanctions list and the “Nord stream 2”.

Five days later, Naftogaz hinted that he would lobby the EU actions against the “Nord stream”. The company noted that the European Commission should “use its mandate of protector of the interests of European consumers and to insist on the application of the Third energy package to the project “Northern stream 2″”.

This so-called Third energy package was adopted in 2009 to promote investment in energy infrastructure such as LNG terminals and alternatives to fossil fuel. The goal was not to punish Russia, which provides 30% of Europe’s gas, and that the EU was the local energy monopolies. The idea was to separate the generation capacity of the suppliers and distributors. And Gazprom in this situation is firmly seated on the pipe “Nord stream”. Although he works in partnership with the French Engie, with Shell Oil, with the German Whiteshall with some other companies, all the gas in the tube — Russian.

In Ukraine, the gas mainly from Russia too, but the transit pipelines are owned by Naftogaz and Ukraine. Ukraine is the traditional route for delivering Russian gas to Europe. Through its territory pass four major pipeline arteries. And they end up mostly in the former Warsaw Pact countries such as Poland and Bulgaria. 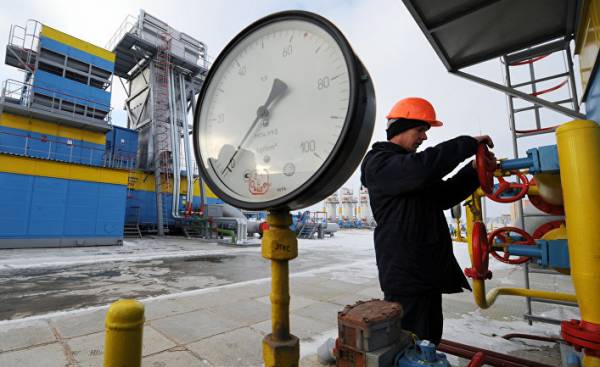 “A legal mechanism ensure a proper regulation and Antimonopoly measures of protection against market fraud and undue influence,” said Naftogaz in its statement, pointing the finger towards Russia as the sole supplier of hydrocarbons on these pipelines.

Naftogaz learned how to play on the heart strings of the EU, which has a political bias against Russia. Anti-Russian stance of the Congress is contrary to the position of President trump, but Trump today set a harsh spanking because of Russia that all his arguments in favor of reconciliation with the Kremlin seem to be in vain. Russia is an energy competitor to the United States, but the energy partner of Europe. The construction of the new Nord stream increases the tension. Despite all the talk of their belonging to the European community, Ukraine gives preference to uncle Sam. When it comes to finding allies, this country, as before, floundering in the mud, unable to climb the hill.

“Project “Nord stream 2″ undermines the solidarity of the EU,” said Naftogaz in its statement yesterday, as if it somehow applies.

First, the project was rejected by Poland. The fact is that the poles spent millions on the construction of a new LNG terminal, a “2 Nord stream” came as a surprise and a cheaper alternative. Who would have thought that the Russians would offer to lay a new pipe next to the already existing? Antitrust authorities of Poland and lawmakers banned Shell and other firms to participate in the transaction, fearing that they will strengthen their control in the market of gas supplies to Poland.

Unfortunately, Poland went against the European establishment and wishes. Her government does not agree with the German policy of open borders and do not want to assume an equal burden of immigrants. It is unclear whether there is enough of the Polish power and influence, to stop the “Nord stream”. This can only be done by Washington with sanctions. Either that, or European energy companies change their minds and decide that the money instead should earn Ukraine.

Ukraine is doing everything possible to attract the attention of Europe. For Kiev “Nord stream 2” is a serious threat to Ukrainian transit routes, but he is forced to think about what this means for Europe and not for Finance of Ukraine. “This contradicts the principle of efficient use of infrastructure and lead to concentration on supply routes under Russian rule, but does not provide access to new sources and suppliers of energy resources,” says Naftogaz. Appealing to environmental agencies, this company has put forward the idea that the project “Northern stream 2” causes “undue damage to the environment” in the Baltic sea.

Europe is being forced to choose allies

Sanctions against the “Nord stream 2” depend on what version of the bill would be passed in the house of representatives, especially from would the Ministry of Finance, the President of trump to put these sanctions in life. But this is a brand new threat that will either force the major energy firms of Europe to abandon the project on which they have already committed capital or increase the cost of insurance if the Finance Ministry decides to impose a fine.

“Some of the participants from the EU can refuse to participate in it because of the threat of sanctions, — says a senior fellow at the Atlantic Council (The Atlantic Council) Ariel Cohen (Ariel Cohen). It is possible, even if the United States at this moment decide not to resort to such an action.”

Negative reaction to the Senate’s bill comes not from the Shell. It comes from German companies Wintershall and Uniper, as well as their Austrian partner OMV. They are the main sponsors of the Baltic pipeline. Judging by the exclamation marks in their statements, these companies are unhappy with U.S. senators.

Senior reporter at Platts oil & gas Stuart Elliot (Stuart Elliott) noted that dissatisfaction in your informative article posted Tuesday on the Internet. He cited some excerpts from these statements.

“We cannot accept threats of sanctions against European companies that want to expand energy supplies to Europe!”

“European energy supply — the case of Europe, not the United States!”

“Foreign policy interests in any case cannot be linked to economic interests! There is still time and opportunity to prevent it.” 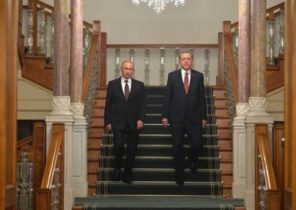