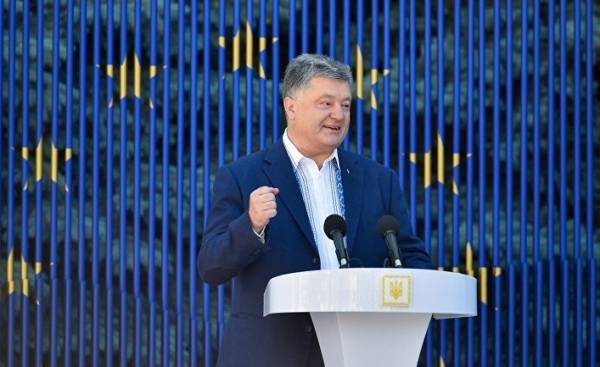 “Ukraine back into the European family”. Such were the words spoken by President Petro Poroshenko. The decision to cancel visas for Ukrainian citizens in the Schengen area entered into force on 11 June.

Talks about the special visa regime for Ukrainians started in 2008 in the framework of the negotiation process on the Association agreement between Ukraine and the European Union. In 2013, it was rejected were engaged at the time President Viktor Yanukovych. After his decision a significant part of the population of Ukraine expressed disagreement with the head of state, forming the Euromaidan.

The protests forced the government to resign. The Association agreement EU-Ukraine was signed in 2014. The question of the abolition of the visa regime for Ukrainians was again submitted to the European Commission in 2016. 6 April 2017, the European Parliament adopted this measure 521 voice “for” and 75 “against” and 36 abstentions. Finally, the visa regime was finally approved by the Council of the European Union on 1 may this year.

June 11, before the Ukrainians opened the door of the EU. Abolition of visas has become a symbol of the strong relationship of the Brussels and Kiev. It was well received by the Ukrainians, a significant number of whom have taken the necessary steps to obtain the necessary for entry into the Schengen area.

The EU has created for itself, warranty

Visa regime was abolished not without conditions by the European Union. The decision was linked to the adoption by Ukraine of the law against employment discrimination of homosexuals. In addition, although for travel within the Schengen area no longer requires visas of Ukrainians it is necessary to obtain a biometric passport.

The introduction of a visa-free regime is accompanied by safeguards for the European Union. He reserves the right, in a short time to return visas in exceptional circumstances like migration pressures or significant increase in the number of Ukrainian citizens who remain on the territory of the EU. In addition, the abolition of visas allows Ukrainians to stay on the territory of the Schengen area not exceeding 90 days: they have no right to work or long stay in its member countries. The agreement applies to all EU countries except the UK and Ireland. The Schengen area Iceland, Liechtenstein, Norway and Switzerland also abolish visas for Ukrainians.

The prospects of relations between the EU and Ukraine

New visa-free regime promises more close relations and active cooperation. Anyway, the prospects of these relations are still difficult to assess. While the EU does not seek to resume the enlargement policy, as he had to cope with many internal problems and crises. Ukraine and the EU agree on the necessity of implementing bilateral agreements on Association and free trade. In 2016, it was rejected by Dutch voters in a referendum. However, eventually it was accepted by the Dutch Senate on may 30 this year. As a result, the Netherlands and the EU can ratify the agreement, which is part of the neighbourhood policy of the European Union.

In the framework of the provisional implementation of the agreement trade relations between the EU and Ukraine have continued to grow. The EU has, of course, is the economic and strategic interest to strengthen its trade ties with Ukraine. On 12 and 13 July in Kiev will take place 19-th summit EU-Ukraine. Its agenda is focused mostly on reaching so far in the conflict in Eastern Ukraine and the implementation of the Minsk agreements.