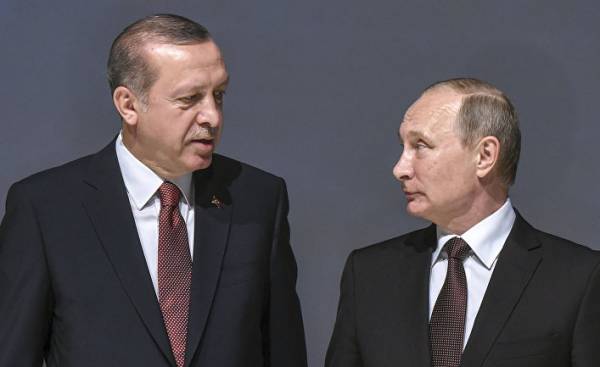 Turkey’s relations with its Northern neighbor Russia have six centuries of history. Russia, which has become an important force in the Eurasian region, especially in the XVIII century after the reforms of Peter I, and the Ottoman Empire were constantly competing with each other in such regions as the Balkans, the Caucasus, Turkestan. Russia has strengthened its position and became an important player in different zones of tension and conflict, primarily in the Syrian crisis in the middle East. Russia has strengthened its traditional policy output in the warm sea military bases, obtained in the Mediterranean, and has become a strategic force, which today must be taken into account, and to the South of our country.

From Slavophilism to panslavism

First, an important feature of the Russian and Turkish societies is that they have experienced similar problems in the course of modernization. Tsar Peter I, who sought to make Russia great, occupies an important place in the history of Russia. Peter, who founded the town of Petersburg, named after him as “a window that opens to the West”, in begun an ambitious program of reforms modernized the administrative, financial, educational system, in the economic sphere gave birth to the entrepreneurial class. The purpose of the founding of the city of Petersburg was to establish an alternative to Moscow, which was a strong traditional structure. This city (like Istanbul) was built by Western architects. Peter threatened to deprive of ownership of the boyars, who did not want to settle in this city. Another feature of the Petrine reforms was that they were formalistic in nature and were more focused on the external form. Peter personally cut off the beards came to his boyars, he forbade the wearing of beards to all but the clergy and peasants. 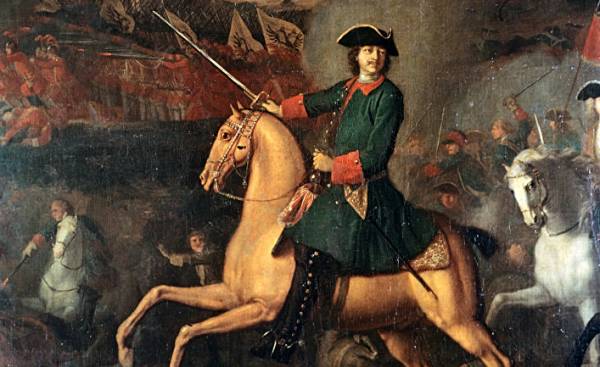 © RIA Novosti, B. Manushin | go to fotoracconti of Peter the great on horseback

Reforms to the lifestyle, beliefs and traditions of the people, has given rise to dissatisfaction with the upgrade. The reforms have not increased the welfare of the population, have not changed the living conditions of the Russian peasantry. As a result, the people are more appealed to tradition. In response to modernization emerged conservative reaction centered in the Slavic spirit. This idea is called “Slavophilism”, which later turned into the pan-Slavism, in fact became a challenge to the West through the unification of the Slavic peoples.

Slavophile ideas can in a sense be regarded as historical romanticism, the conservative reaction. Adherents of this ideology were believers, nationalists, romantics, and conservatives. The reason why Slavophilism was supported by the intellectuals, was the dichotomy created in the Russian society experiences modernization. On the one hand, the Westerners, who insisted that the country is part of the West, on the other those who cautiously approached modernization in Russia, advocated a partial upgrade or waited for the harmony of these processes with Russian traditional values.

Peter’s reforms are very similar to our experience of modernization. If we talk about the analogue of Peter I in the Ottoman Empire, that Sultan Mahmud II. A priority goal of the reforms of Mahmoud, too, was the modernization of the country. Peter began with the modernization of the army. Mahmud II also first eliminated the janissary corps and established a new army. Mahmud II, who carried out reforms in many spheres such as Finance, education, healthcare, and like Peter, gave importance to the form rather than recognition of reforms by the people, and tried to change the appearance of the population. Like Peter, who was commanded to wear German clothing, Mahmud ordered to wear French clothes. 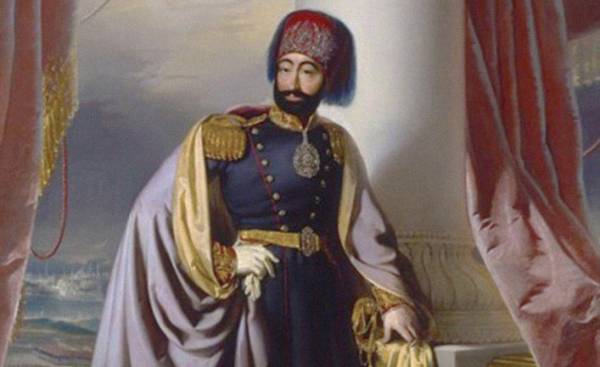 Another point, which brings Russia and Turkey, is that the West sees these two companies as “other”. Today, in the context of the European Union, we are discussing the question: “Turkey is a Western country?” Russia, too, asked myself the same question. Why Turkey is not Europe — it is possible to understand. Turkey does not rise neither to a Christian nor to the Greek nor the Latin tradition. But how to explain the fact that Russia for the West — “other”? There are two important reasons. First, Russia chose Christianity, Eastern Christianity. And Orthodox Russia was outside of Catholic Europe. Another reason is that Russia is an Asian society like Turkey. And when talking about Asia, starting to act on Western prejudices. Russia has always been regarded as an underdeveloped country, where reigns the autocracy. At the time of the French novelist and traveller Lamartine with the orientalist viewpoint said: “…I don’t want to say that the Russian barbarians. They are also on a par with Western Nations has reached civilization and success in the development of… the Russian people, which comes from the steppes. But between Russian and French civilizations there is an important difference. The source of Russian civilization, discipline, French – thought. Russian need the Mr, the French — law… while the Russian civilization, like being in captivity, silent, French civilization always thinks, speaks and writes… They look to the past, we in the future…”

Therefore, neither Russia nor Turkey could never truly become the West. Because these two countries that do not have Latin-German origin, are not Catholics and have not experienced such social, political and economic events which survived Europe, are not part of European values. Today you can open any of the Western media and to meet many of the prejudices related to Turkey and Russia.

The policy of Europe especially in the eighteenth and nineteenth centuries led Russia and Turkey to war with each other. Only in the XIX century, the Ottoman Empire and Russia fought four times. A significant part of their energy, the two countries have squandered on war with each other. These conflicts gave rise to great human losses and waste of resources. At the same time, they allowed countries such as the UK and France to expand its colonial possessions and to ensure the security of its trade routes.

In Europe and Asia

One of the common features of Russia and Turkey — a policy of Eurasianism. Many Russian nationalists, from Aksakov to Alexander Dugin, defended the thesis that Russia is a bridge between Europe and Asia. According to the Russian Eurasian thought, Russia is a European and Asian state. At the point of intersection of these two civilizations, the synthesis of two separate cultures. Policy that will haunt Russia may allow her to become a model for Asian societies. For Russia, the policy of Eurasianism is, in a sense, enlargement policy, which covers different people. The Eurasians, who are opposed to Eurocentrism and insisting on the fact that it is impossible to compare the two cultures and determine which of them is more developed, spent a large amount of research, especially in the first decade after 1920. In Turkey, the Eurasian idea sprouted in the 1990-ies, after the collapse of the Soviet Union. It started with the slogan of “Turkish world from the Adriatic to the great wall of China” and were aimed at increasing Turkey’s influence in regional politics through the protection and support of the population of Turkish origin living in the region. While some Eurasians understood under this idea of a Turkic Union, others chased the socialist ideal. One of the most important was the thesis that Turkey is a bridge between Asia and Europe and a unique synthesis of East and West.

What distinguishes Russia and Turkey? Russia — Imperial state, which quickly grew from Kievan Rus IX century in the great Russian Empire. This is the state pursued the goal of expanding its borders, conquering new countries and resources. The Ottoman Empire also became of the tribe kayy in the Mediterranean state, which was dominated on three continents. The Ottoman Empire also pursued a policy of conquest — Jihad. Moreover, this ideology occupied an important place in the extension of the state. One of the most important differences between Russia and Turkey hidden in their approaches to management. Russia unlike the Ottoman Empire was tolerant of other religions and peoples to seize her lands and pursued the policy of Russification. Last stronghold of resistance to its occupation action was the Caucasus. When Sheikh Shamil, who led the last resistance in the Caucasus, surrendered, the Caucasus has completely passed into the hands of Russia. Living in this region, the Muslims of Russia were forced to accept Christianity, and those who resisted were forced to migrate. Circassians, Chechens, Tatars, Ingush, Dagestanis, Turkic peoples — many Muslims had to move to Turkey. Moreover, we can say that migration continues today, albeit on a small scale.

Not a prison of Nations and peoples

Thus, in contrast to Russia who created the “prison of Nations”, the Ottoman Empire, especially the Balkans, have created a “system of Nations” based on tolerance and respect for religious differences. This system worked well until the XIX century, when it was observed the influence of the French revolution. The system, which involves the classification societies and control them in accordance with their religious differences, and allowed each religion / belief / madhhab establish their normative order. Unlike Russia, the Ottoman Empire pursued a policy of turkifying. Like colonialism, functioning in the form of the exploitation of natural resources in the Ottoman Empire too was not observed. Nevertheless, Russia took control of resources, especially mined in Siberia, such as coal, gold, oil, but it has no impact on the welfare of the people of this region.

Thus, Turkey and Russia have experienced a similar experience in relations with the West, and also in the process of modernization. This experience gives the two companies the opportunity to better understand each other. But because of European policy and regional interests, the two countries were constantly at war with each other, which has exhausted its energy. Today relations of Russia and Turkey, which have evolved with UPS and downs, turned into a close cooperation due to the strong leaders of the two countries. Of course, this cooperation has limits. Because the Balkans, and the Caucasus, and Turkestan, and, of course, the middle East included in the sphere of interests of Russia and Turkey. In this regard, competition is inevitable. But even competing countries can cooperate and carry out policies, which benefit both sides. We can see this in Syria. With Russia we have more common points than with Europe. Therefore, the definition of areas of cooperation and the development of close relations in these areas will benefit both countries.