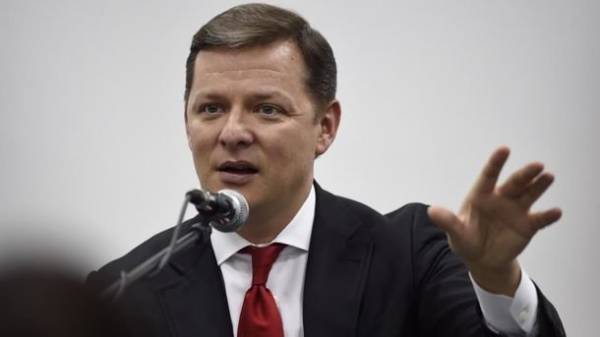 The Chairman of the faction of the Radical party in the Verkhovna Rada Oleg Lyashko is not going to go in tomorrow for questioning at the National Agency for prevention of corruption (NACP). He said this to journalists on the sidelines of the Parliament, the TV channel “112 Ukraine”.

“Of course not. Tomorrow I’ll go greet my mom, her birthday is tomorrow, I wouldn’t trade her for NACP, neither Lutsenko and all sorts of devils,” – he said.

According to Lyashko, charges NACP – fiction. “I was the head of the newspaper 10 years before being elected a people’s Deputy, the publisher of the newspaper – closed joint-stock company. I have my share, I, editor in chief, had a share, and accusing me of this. It comes up with authorities, they don’t know what to think…”, he said.

Lyashko stressed that if the NACP will be a report on the violation, he immediately appealed to the court. “It is a profanation and fiction, if they make the Protocol, we will appeal in court, I have no doubt that we’ll disprove it,” he said.

As reported, the National Agency for prevention of corruption called the head of the faction of the Radical party in the Verkhovna Rada Oleg Lyashko to give explanations about the possible combination of MP with the management of the company on 21 June. The interrogation is scheduled for 10:00.