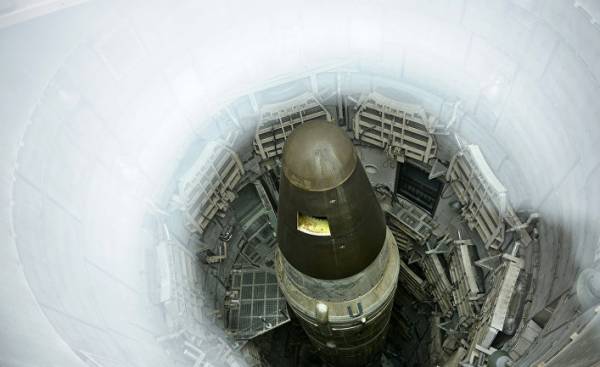 The Secretary of state Tillerson and Russian foreign Minister Lavrov have reached an agreement in principle on the resumption of negotiations on strategic stability. The United States and Russia should begin negotiations immediately, first making their agenda measures to reduce risks from accidents and failures, the preservation of the Treaty on the elimination of intermediate and shorter-range missiles of 1987 (INF) and the extension of the start-3 of 2010.

Even if with the resumption of talks on strategic stability at the initial stage will not be a signed agreement and will hold discussions on specific issues, the agreement to start talks is a positive sign. Will be an important forum for dialogue, which is very important, especially at a time when Russian-American relations are at a record low.

This should be talks on a wide range of issues reflecting the changing nature of strategic stability. American and Soviet officials have long come to the understanding that strategic stability means a situation where neither the one nor the other hand there are no incentives for applying the first nuclear strike, even in the face of intense crisis. They realized that the second side will have enough nuclear weapons to destroy the attacking.

During the cold war and immediately after it, strategic stability was the American and Soviet / Russian concept of measure which was the number of offensive nuclear weapons as well as missile and air defense. But increasingly deserve attention and other factors, such as high-precision non-nuclear offensive weapons and the nuclear forces of third countries. Moreover, this equation should include cyberspace and space. Thus, strategic stability is multilateral and multidimensional concept.

Consequently, the parties have something to discuss. Some questions, for example, future agreements in the field of arms control, it is possible to solve, although hopes for an early start of negotiations a bit.

Here can be a useful exchange of views on military doctrines. For example, the Russian non-governmental experts argue that the doctrine of “escalation to de-escalate” contemplating the use of nuclear weapon of low power to end the conflict using non-nuclear means, though, and was initiated by Moscow on favorable terms, but has never been an integral part of its official state policy. In Russian official documents of this doctrine is absent, although this concept very much and often discuss in Moscow. Because of this, the Pentagon and NATO have made adjustments in their nuclear planning, by adopting this doctrine into account. Parties it would be useful to come to a common understanding of what the doctrine means and what its status.

Some issues need to be addressed urgently. The fact is that they can undermine and without that uneasy Russian-American relations.

Reducing the risk of accidents and miscalculations

Meeting between us / NATO and Russian ships, aircraft and military units, wearing at times a highly dangerous character, after 2013, increased considerably. Russian planes more and more flying in or near airspace of NATO countries and other European countries. American and NATO fighters often intercept and escort them.

After the Russian aggression against Ukraine, us and NATO warships spend more time in the Black and Baltic seas, and sometimes above them, flying Russian planes. American aircraft b-52 and b-1 flying over the Baltic sea and conduct joint exercises with the Baltic countries-members of NATO. In addition, NATO has placed in each of the Baltic States and in Poland their battalions, bringing them to the Russian ground forces, are actually in Russia and its Kaliningrad exclave.

Such meetings increase the risk of accidents and miscalculations, for example, when a Russian fighter jet, diving at an American warship. At the talks on strategic stability is necessary to consider these issues with the aim of setting of dialogue between the military. It can be negotiations between the U.S. and Russia or between NATO and Russia.

During such dialogue it will be possible to work out arrangements and procedures for the safe conduct of the United States, NATO and Russian planes and ships in close proximity to each other. Here you can use the past experience of Soviet-American relations: the agreement of 1972 on the prevention of incidents at sea (which is still in effect, but not always fully observed) and the agreement of 1989 on prevention of dangerous military activities. For example, the second agreement governed the activities of American and Soviet ground forces along the borders between East and West Germany (before its unification). This agreement can be adapted and apply it to Northern Poland, the Kaliningrad oblast, the Baltic countries and the Russian Pskov region, in order to minimize the risk of misunderstandings and miscommunication between the ground forces, divided by the border, the NATO-Russia.

It should be assumed that the Kremlin does not conduct deliberately and consciously policy of increased collision risk as a part of a strategy to intimidate the West. But if such intentions had not, so risk reduction will correspond to the interests of the United States, NATO and Russia.

The INF Treaty prohibited the testing and deployment of all American and Soviet (now Russian) cruise and ballistic land-based missiles with a range of 500 to 5,500 kilometers. However, the us government in 2014 has accused Russia that violated the Treaty, creating a prohibited cruise missiles of average range. In 2017, us officials said that Russia has begun deploying such cruise missiles, land-based.

Russian officials reject these accusations, claiming that the United States is violating the INF Treaty, using a ballistic medium-range missiles as targets for testing missile defense system. According to them, the Americans are arming the drones and use the launch system for missiles the SM-3 interceptors in Romania, which is able to keep offensive missiles, including cruise.

Talks on strategic stability will be a forum for discussion of the INF Treaty, the consequences of its abolition and benefit from its conservation. If the parties have the political will, they will always be able to resolve claims execution of this agreement.

This is an urgent issue, since the validity of the INF Treaty expires. If the contract is terminated, it will become much harder to enter into new agreements on arms control and prolong the start-3.

The extension of the start-3

The effect of the start-3 Treaty expires in February 2021, but by mutual consent of the parties it can be prolonged for up to five years. If the United States and Russia do not renew the contract (and he has no replacement), and if it wears off, for the first time in a century there will come a time when relations between the US and Russia in the nuclear sphere will not be governed by the agreements on arms control.

In the course of negotiations on strategic stability should return to the preliminary decision on the prolongation of the start-3. This would be quite simple. The contract extension will keep the restrictions, but also data exchange, notification and inspection, which give a lot of information on strategic forces of the parties. Thus, we get rid of the need to make assumptions and estimates for the worst.

The extension of the start-3 is useful not only for arms control, but also to establish political relations in a broader context. This will be a “total victory” for the President, trump and Putin, and the White house will not have to fear accusations of unreasonable concessions to Russia, since the extension of the contract will certainly endorse and actively support the American military command.

Talks on strategic stability can revive an important element in Russian-American dialogue. The talks will relieve part of the tension with the Russian-American relations to stabilize and be in danger of the bilateral mode of control of nuclear weapons. The parties shall start negotiation process after receiving the authority to debate on a wide range of questions and instructions for early achievement of the first results mentioned above.

Steven Pifer is a senior researcher of the Brookings institution.