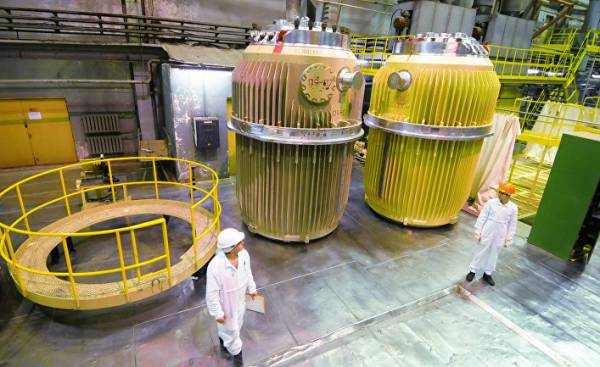 If you hold in the air a straight line with a length of 50 kilometers from Kirkenes in the direction of Murmansk, then you will get to Guba Zapadnaya Litsa on the old Soviet naval base in Andreeva Bay.

This place is not marked on the maps. But shipping near the Andreeva Bay the objective and not put.

Since the early 60-ies and up to the fall of the Wall the area was one of the most important for the Soviet naval forces. Therefore, it was surrounded by a thick veil of secrecy, security and restrictions.

The fact that in Andreeva Bay were several important bases, submarines, small military units and special structures. From here it was a short exit to the Barents sea.

NATO member Norway has been “just around the corner”.

Perhaps the most important object of the powerful Northern fleet was in the Andreeva Bay on the North-Eastern side — it was used as a storage area for spent nuclear fuel. Came Soviet submarines and icebreakers to replace the fuel.

But the standards for the storage of radioactive fuel at that time led to the fact that the international community is today faced with an almost imperceptible, but potentially extremely dangerous situation.

How to get rid of this amount of nuclear waste that arises after the production of 5 thousand bombs of the type dropped on Hiroshima, and which for several years was kept in terrible conditions?

The threat to fisheries

“All this worries me and Bellona many years. This is maybe the biggest threat to fisheries in the Barents sea and the threat of nuclear catastrophe, along with nuclear power on the Kola Peninsula. And each year nuclear fuel more collapses”.

Head of Bellona Frederic Hauge (Frederic Hauge) returned to Andreeva Bay 22 years later after he and Bellona told the world about what is kept inside dilapidated barracks at the old naval base thirty miles in a direct line East of Kirkenes.

In 1994, only a few people knew what the goals of the Soviet Navy used the Andreeva Bay.

And in what condition was that stored in the database.

The picture, which saw Bellona and Haug, was depressing. Spent nuclear fuel from more than 100 nuclear submarines were stored on the ground, surrounded by only a dilapidated warehouse buildings with the use of weak security measures. The disaster in 1982, when it began leaking radioactive water from the so-called cooling pools, has led to the fact that the waste was transferred to temporary dry storage building.

But in subsequent years nothing was done to fix such storage. Constantly taken only temporary measures.

While in this area you could only be reached by foot, here there were no guards and fences, as said Hauge, who is proud of the work done by Belloni.

“It was a big job. Extremely lot of work. But gradually the international community began to join in the work, which started the Russian authorities,” says Hauge.

Together with representatives of the Swedish, Italian and Norwegian governments as well as by Russian authorities and a small body press Haug participates in the Andreeva Bay.

Such as the Andreeva Bay is no longer available. And so the 90-ies and up to the present time was only to nuclear waste has not been damaged even more, or so they do not fall into the hands of strangers.

One only Norway has spent 270 million crowns directly on the construction work at Andreeva Bay. Most of the money went to the construction of the fence around this area, roads to the vault and piers.

Such countries of the “sevens”, like the UK, USA, France, Japan, Germany and Italy, also participated in the funding.

The European Bank for reconstruction and development has allocated in the third quarter of last year more than 40 million euros for the Andreeva Bay, said Mikhail Repin.

The decline in economic support

Norway since the late 90 years actively involved in restoring order in the storage of nuclear waste in Russia and, in particular, funded the replacement of automatic beacons from nuclear installations to the beacons with solar panels.

But Norway is currently planning to reduce its economic contribution, said ingar Amundsen, an employee of the Norwegian Agency for radiation safety.

“Nuclear fuel is stored in an environment worthy of the most serious criticism, at the border with Norway. It is in our interest to restore order here. Main job is to provision storage to the removal of the fuel. We will continue our cooperation with Russian authorities in this area continue, but to a lesser extent than now,” says Amundsen.

Italy is one of the countries that made the largest cash contribution in restoring order in the store. Massimiliano Nobile, a member of the state Italian company Sogin, working with nuclear waste, justifies this by the fact that throughout the world there is interest in solving this problem.

“We know that the Chernobyl disaster is not Ukrainian but a European problem, and similarly we know that the nuclear waste stored here, are not only a Russian problem. This is a problem all over the world”, says Massimiliano Nobile.

Nobile pleased with how used the money of the international community to create safe storage of nuclear waste close to the Norwegian border.

“We understand that to work here at Andreeva Bay is difficult. Therefore, we understand that there may be delays and problems. But we are happy with how the money is used. For us it is important to have full transparency and openness in this matter, because it is the money of the Italian taxpayers,” says Nobile.

On Tuesday 27 June the first shipment of nuclear waste will be shipped from Andreeva Bay.

A specially built vessel “Rossita”, provided by Italy Russia in 2011, will take on Board the 14 containers with 49 fuel elements and head to Murmansk.

In 2017 it is planned to send three of these parties, and this means that about 2 thousand of the 22 thousand elements of the fuel must be removed before the end of this year.

After that, the containers will be loaded onto a specially built train that will carry this burden on to the final station — processing plants and nuclear waste “the lighthouse” in Siberia.

But there are many unknown factors. No one can say exactly what’s hiding under the roof tanks, where the waste is stored since the early eighties.

There are fears that fragments of cylindrical fuel elements heavily rusted, or for any other reason are in such poor condition that it would be impossible to use machinery to remove them.

“Some parts of the waste can be destroyed and represent a significant danger of radiation poisoning,” says Hauge.

“There is a greater risk of significant problems, when the work will begin. We must start with the removal of the lightest fuel. But it is clear that a portion of the fuel is destroyed. Something could get stuck. It is clear that it is a risk. But we can say with confidence that if you leave it all to lie, that will be really bad.”

NRK: it Means that it is necessary to remove any price?

Hauge: – Yes. When we started this work, it was difficult to find technical solutions. Will experience considerable technical difficulties, this is still not solved. Done quite a lot to build infrastructure. On the Russian side there is a strong motivation to bring order here. From Moscow to this place very far away. And in that distant time was important only one thing — the cold war. This explains why the waste was stored for so long in such poor conditions. 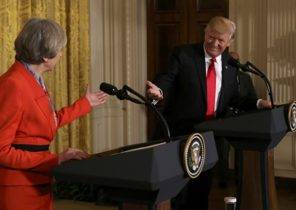