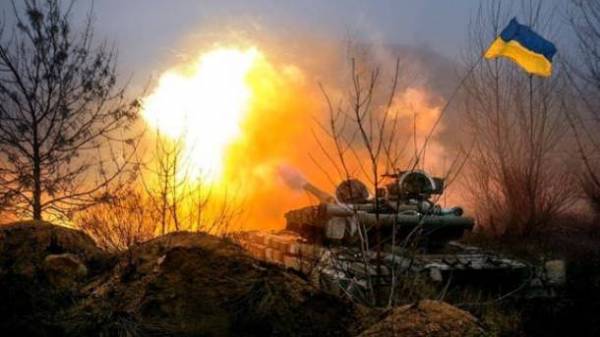 Before the end of this session, roughly from 11 to 14 July, the Parliament may adopt a law on reintegration of the occupied territories of Donbass. The working title of the bill, which is developing a parliamentary working group on the basis of the national security Council, “the peculiarities of the state policy on restoration of state sovereignty in the Donbass”. The document provides for the transition from counter-terrorism operations to the military, gives the President the right to impose emergency or martial law in certain districts of Donetsk and Lugansk regions, as well as creating a single headquarters for the solution of problems of Donbass, which will include SBU, Mat, Netpolice, SES and other agencies. In addition, according to MPs who are part of a workgroup, the bill will significantly simplify the inhabitants of the occupied territories, the execution of documents, obtaining of various permits and certificates, benefits and pensions. The document is fully based on the Minsk agreements and envisages exclusively peaceful reintegration of Donbass. Experts generally positively assess the initiative of the government. But they say that to adopt such a bill had to be back in 2014 after the signing of the second Minsk agreement.

According to information “Today”, the development of the bill on the reintegration of occupied territories of Donbass under the dome began a little more than six months ago, when the subject is actively PR “Samopomich” and “Fatherland”. They have registered in Parliament a draft law on the temporarily occupied territory of Ukraine (separate districts of Donetsk and Lugansk regions), which Russia recognized by the occupier. In fact, according to MPs from the MFP and NF, “Samopomich” and “Fatherland” was proposed to protect against Donbass barbed wire, forget about the inhabitants of the territories occupied by Russia and to block the process the release of the hostages. At the same time Poroshenko said that we need a draft law on de-occupation and reintegration of Donbas, and not the law of occupation, as suggested by “Samopomich” and “Fatherland”.

Until recently, the Parliament has developed three documents on de-occupation and reintegration of Donbass. “Single authorship Nayem (Mustafa Nayem, the people’s Deputy from BPP – Ed.). It is in principle pretty good, maybe we’ll take it as a basis and modify it, – told “Today” sources in the presidential Administration. – One is developed by other people’s deputies from BPP, and the last of the authorship NF”.

And, certainly, such raspashena the coalition’s work would continue and continue, if no statement of NSDC Secretary Oleksandr Turchynov about the fact that the ATO has exhausted itself. According to him, Ukrainian legislation no longer meet the new challenges, because it involves the use of the APU only in the case of a Declaration of war or ATO and does not provide an automatic right to the use of the armed forces and other military formations.

“It’s time not just to acknowledge some of the occupied regions of Donetsk and Lugansk regions, but at the legislative level to determine state policy on their release. The need for effective protection of the country, and to do this legally you have to give the President the right to use the armed forces and other military formations against hybrid aggression by Russia. You need to create a permanent zone of confrontation Operational staff with a broad mandate for integrated management of APU, all power structures, and military and civil administrations. The revised draft law “On restoration of state sovereignty of Ukraine on the temporarily occupied territories of Donetsk and Luhansk regions” will be presented to the President, after which, hopefully, will be promptly introduced to the Verkhovna Rada”, – said Oleksandr Turchynov.

Petro Poroshenko immediately hastened to clarify that he instructed to develop a bill “About the reintegration of occupied territories of Donbass”, which is based on the Minsk agreements. The document, according to the President, will determine the legal regime of occupied territories, but about the abolition of ATO mode.

Today the Vice speaker of the Verkhovna Rada Iryna Gerashchenko announced that soon the working group, which includes about 20 people’s deputies from BPP and NF will complete the writing of the bill on the reintegration of Donbass, and it will be submitted for consideration by the Council and registered in the VR.

However, according to MPs who are part of the working group to date, a holistic bill on the reintegration of Donbass yet. There are some proposals and regulations that will be approved on the basis of the concept of the national security Council. It, according to a member of the working group, the people’s Deputy from BPP Maxim Kuryachii, will take at the next meeting of the national security Council, which will be held for the return of Petro Poroshenko from Washington.

The main innovations of the draft law on “Specifics of the state policy on restoration of state sovereignty in the Donbass”:

– update the legal base and enabling the troops to bear arms and to defend the state;

the shift from the ATO to the military regime;

– the creation of a single Headquarters that will report to the President and which will include SBU, Mat, Netpolice, the National guard, SES and other agencies;

– giving the President right to impose state of emergency or martial law in certain districts of Donetsk and Lugansk regions;

– the simplification of the inhabitants of the occupied territories documents, permits and certificates, benefits and pensions.

The people’s Deputy from BPP, member of the working group Vladimir Aryev explained that the bill will reinforce the transition to the format of full-scale martial law as the regime where the ATO is out of date. Perhaps, in his words, we will focus on the format of introduction of a local war with the opportunity for the President to have the subordination of all power structures on the territory of Donetsk and Lugansk regions (in a single Headquarters, the creation of which is envisaged in the bill – Ed.) to prevent frozen conflict. According to the representative of the President in Parliament Iryna Lutsenko, the bill will authorize the President to impose in the occupied territories the state of emergency or martial law. But on the exact wording, whether it’s “martial law” or “martial,” or the format “local wars”, none of the members of the working party said.

“It will be a separate legal status for certain territories,” said the veiled head of the BPP Arthur Gerasimov.

Experts predict that the bill on the reintegration of Donbass will provide something between full-scale regime of martial law and the current ATO. So, according to the military expert Oleg Zhdanov, a rule on the creation of a single Headquarters duplicates the rule of law on defense of Ukraine on the introduction of the Supreme commander.

“If you take the defence act, there are 25 conditions, which in the case of the introduction of martial law are preceded by in life. Of these 25 points to date, there are about 12 by various other legislative acts. They began to “break” the law for the regulations of the Cabinet of Ministers and the Verkhovna Rada, amendments to some laws, to give additional powers to the security forces to enter the military and civil administration is also essentially one of the points of introduction of martial law or state of emergency,” – said the “Today” Oleg Zhdanov.

Also, according to experts, the draft law on the reintegration of Donbass does not solve the main problem – to bring this conflict to comply with international law and Ukrainian legislation, namely the formalisation of the status of the war between Ukraine and Russia. “We are not talking about declaring Ukraine war Russia. We are talking about fixing the fact that the two countries are at war, and taking appropriate action, ranging from formalization of the fact that there is a state of war, is the aggressor country, is occupied territory. And it is not only certain areas of the Donetsk and Lugansk regions, but also illegally annexed the Russian-occupied territory of the Crimea”, – said the “Today” program co-Director of foreign policy and international security Razumkov Center Alexei Miller. 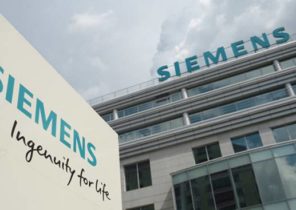