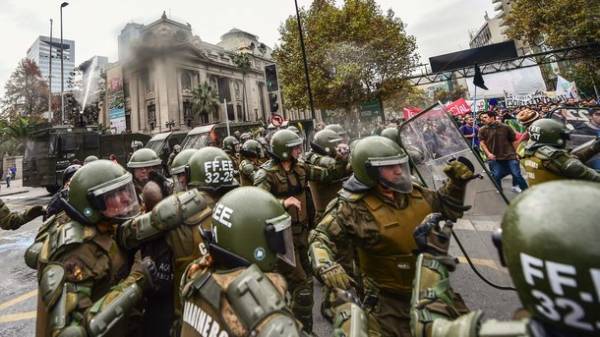 Thousands protest students in the Chilean capital Santiago ended with clashes with the police. The riots began after several protesters climbed over the fence and tried to continue the March outside the agreed route.

The police used tear gas and water cannons. In the protests that were held across the country, was attended by 250 thousand people, 80 thousand in Santiago.

The protesters demanded to provide access to free higher education for all Chileans, and to write off the debt on the student loans that the government gave low-income students.