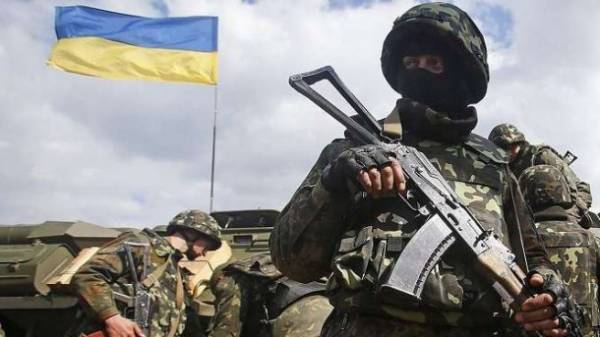 The working group on the draft law on the reintegration of Donbass includes 20 people’s deputies from BPP and the NF. Together with the Secretary of the NSDC Oleksandr Turchynov they are going to meetings and soon will finish the drafting of the document. This was at the briefing in the Verkhovna Rada after a meeting of the conciliation Council said the President’s representative in the Verkhovna Rada Iryna Lutsenko.

According to her, the working title of the bill – “peculiarities of the state policy on restoration of state sovereignty in the Donbass”.

“The main points of this law. To update the legal framework and to enable the troops to bear arms and to defend the state. ATO, as such, has completed its phase. Need to update the legal framework that will establish a clear status of separate districts of Donetsk and Lugansk regions, to create a single Center, the so-called Headquarters, who will report to the President. There will civil-military administration, the Ministry of reintegration of Donbass, which will also be provided with additional functions. Additional powers and moments will allow the President to send in separate areas of emergency and martial law. Must be included in the bill, and the Headquarters will include: SBU, Mat, police, emergency, etc. the Staff will focus on the major issues – environmental, security and humanitarian,” – said Irina Lutsenko.

The head of the BPP Arthur Gerasimov said that the bill on the reintegration of Donbass includes two major components.

“The first relates to the ATO. Let’s not forget that thanks to ATO we stopped the enemy and liberated a considerable part of the Ukrainian territory that was occupied. But now that we won, restored the army, resumed the defense industry, and when we are a hybrid war, we must move to a new, more global response to stop the Russian aggression. So this is a new level of counteraction to the aggressor (the bill – Ed.). And the second level concerns the reintegration of Donbass. And the key question here is not to build a wall, you can’t just forget about these areas and separate them from Ukraine. Donbass – it is Ukraine. I believe that in the near future it will be submitted to Parliament, and I am sure, voted in the hall”, – said the head of the BPP at the briefing in the Verkhovna Rada after a meeting of the conciliation Council.

“It will be a separate legal status for certain territories, all of these mechanisms are present today. With regard to the use of the APU, indeed, if you view the legal laws that currently exist, we can use them or during a military action (I mean a Declaration of war), or during the ATO. Now (bill for reintegration – Ed.) the issue will be resolved. In any case, and this is clearly stated in the bill that will be introduced, – the Minsk agreements remain the key and the base point, which will be provided, including the bill. The Minsk agreements are clearly mentioned there, they are there to be clearly implemented. And this bill will make clear that SMM OSCE is continuing its activities,” concluded Gerasimov.

As reported earlier, Irina Lutsenko also said that Russia in fact already six months out of the Minsk agreements.

We will remind that last week the Secretary of the NSDC Oleksandr Turchynov has proposed to radically change the format of the military operation in the Donbass.