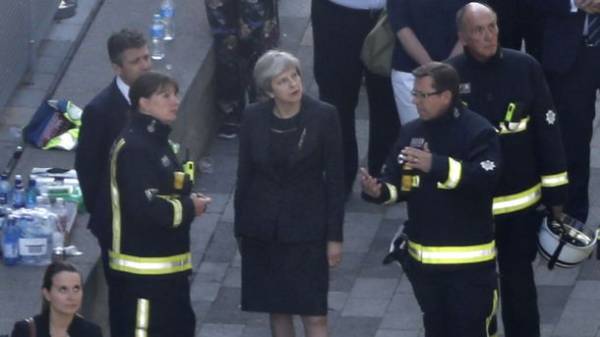 Prime Minister Theresa may has openly admitted the mistakes of the authorities of the country in the aftermath of a catastrophic fire in high-rise residential building Grenfell Tower in London. The Prime Minister’s statement on this score, made after her meeting with the victims of the fire at Downing street, 10, distributed by the office of the head of the government, reports TASS.

“The reaction of our first responders, the National health system and local communities were heroic. But frankly, support families who needed help or basic information in the first hours after this terrible tragedy, it was not secured well enough. I heard about this concern and ordered immediate action on the widespread provision of assistance to relatives of victims and survivors,” said may.

British Prime Minister also ordered to begin an “open and transparent” public investigation of the tragedy, promising to pay from the state budget funds the cost of legal assistance to the victims. “Today it was decided that the course of the public inquiry will report to me personally. As Prime Minister I will be responsible for its execution”, – informed the head of government.

Mei also said that he gave instructions to local councils to lead the security scan all high rise residential buildings such as Grenfell Tower. Meanwhile, the British police is conducting its own investigation of causes of the fire. The media, for its part put forward assumptions about the influence of the cladding material of the burned high-rise building, which the fire could high speed to spread throughout the building.

On Friday the Prime Minister announced the government’s decision to allocate the fire victims Grenfell Tower 5 million pounds (6.4 million dollars) and promised to relocate them to new homes within their area within three weeks.

A fire in a 24-storey residential building Grenfell Tower, which lived up to 600 people, occurred on the night of 14 June. It started on the lower floors, and then the flames quickly spread to the top of the building, with the result that some people were trapped in a fire. On Saturday, June 17, the representative of Scotland yard Stuart Kandy told the press that the 58 people who lived in this house, after the fire had gone missing and probably died. However, he did not rule out that the number of victims can increase. 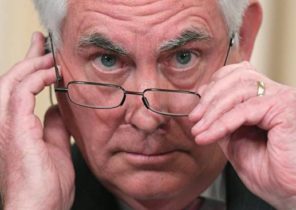