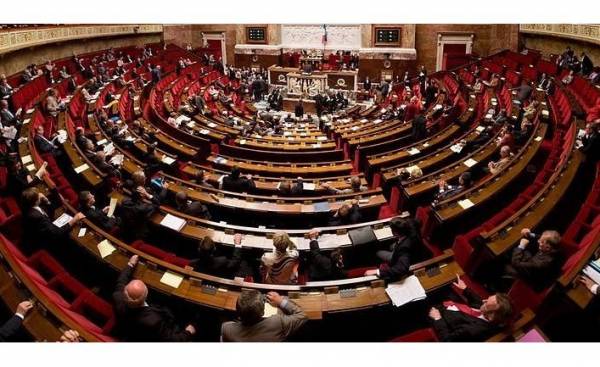 Last month, Emmanuel macron pulled out of the electoral hat the proverbial rabbit. In spite of everything, independent centrist, won the French presidency with a convincing margin, defeating right-wing populist marine Le Pen and won, on the way to victory over the old guard of the French establishment. Now, for his latest trick, the Makron, it seems, should provide the vast majority in the National Assembly.

But whether political newcomer macron, more than the polling wizard will depend on the success or failure of the economic program to be adopted by his government.

The victory of Macron reassured friends of France and of Europe. In the first days of his presidency, the French public is behind him. According to recent polls his approval rating is 62%. However, the friendly attitude may quickly dissipate, so the macron needs to capitalize on its earlier mandate by reform on CFOs policy, taxation, labour market and education, and these are just some of the areas in which it is high time to make a change.

The most pressing problems of France are anemic growth and inadequate job creation. Over the past 12 years, the GDP of France increased by only 1% per year, less than mediocre splash in the European Union as a whole, at the same time, the unemployment rate is slightly more than 10%. Only five EU countries — Croatia, Italy, Cyprus, Spain and Greece — have higher unemployment rates.

Therefore, the macron over the first five-year period should focus on increasing GDP growth France an average of 2% per year and reduce unemployment to below 6%. To achieve these goals it is necessary to focus on those areas in which France lags behind other EU countries.

Part of the problem of unemployment is associated with hidden costs. France has one of the highest levels of hourly wages in the EU, and the natural consequence is a weak hiring. Rising inequality, many French are rightly concerned that labor is taxed far more than income from capital gains. Indeed, in France, the payroll taxes account for 19% of GDP, well above the EU average (13%). This is a particularly pernicious tax because it affects only employers. So it should be the first tax that the macron should be reduced.

Similarly, state spending (57% of GDP) are the highest in the EU, where the average is 47%. This burden is excessive and significantly hinders economic growth. The government should work to reduce these costs (in particular, over-hyped social protection programs), at least one percentage point per year.

Corporate taxes — another area ripe for reform. At a rate of 33%, in France one of the highest corporate income taxes in Europe. But its revenues from taxes of 2.6 percent of GDP correspond to the EU average. France could afford to reduce the rate of income tax to 25%, as suggested by Makron, without losing significant tax revenues.

France is an outlier in almost all fiscal indicators (along with Finland and Belgium, which in recent years is also inefficient). And given that France was not able to take advantage of the open policy, the macron should be able to establish a consensus between tax cuts and spending. Indeed, reducing the tax burden on the economy will be the key to change the status quo.

But France also needs more complex structural reforms, the most relevant of which is the liberalization and simplification of the complex labor laws of the country, which complicates the reception and dismissal of workers. The most vulnerable are often those who are least integrated into the economy, particularly youth and immigrants. Most European countries faced with this problem, but the unemployment rate among French youth is 26%, significantly higher than the EU average, with 19.6%. To mitigate or even prevent strikes and protests, the simplification of the labour code must be discussed with the social partners.

Finally, special attention needs education system of France. OECD gives French high school students only high rating among developed countries. France, like many other European countries, has a lot of possibilities to improve the preparation of youth to enter the labour market.
The situation of French universities is even worse. According to the Times Higher Education Supplement, which ranks universities from around the world, the best University in France, graduate school of education, takes only 66 in the world. Without reform of higher education France can not even come close to compete with British and American institutions.

The French government may carry out all these reforms unilaterally without the EU. But the EU could help the French economy, promoting various markets. Free trade in services is one of the original four freedoms of the EU; however, today, the single services market does not work well. France has much to gain from further liberalization in the domestic market. And EU market is a gold mine that awaits the winner, although France’s participation is surprisingly limited. Improving access to venture capital, which will facilitate the liberalization of financial services, could also help.

The victory of the Macron, and the probable parliamentary impressive victory of his party “Forward, Republic of”, gave France the perfect opportunity. But, given the objective and scope of necessary reforms, the political honeymoon of the President will be short. It needs to quickly provide the results, otherwise his magic will not be enough, and French voters will make it disappear.