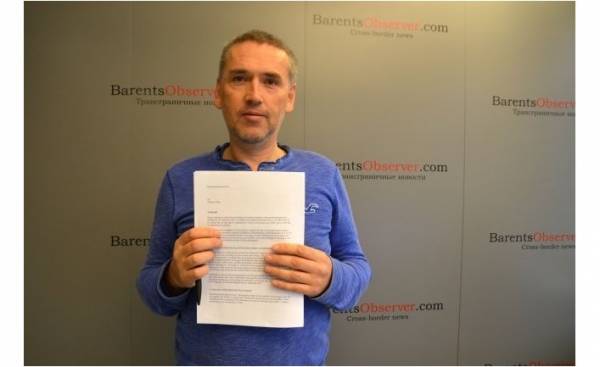 “The border Department of the FSB had violated the right of Thomas Nielsen on entry to Russia to receive information about the grounds for the ban on entry, in the end, the right to freedom of expression, including on the exercise of professional activities of journalists”, — says Ivan Pavlov.

He is “Team 29”, a group of lawyers and journalists, which this spring was getting to Nielsen, after he was refused entry to Russia.

Now Thomas Nielsen and “Team 29” appealed to the court. The case will be considered in the Petrozavodsk city court of Republic of Karelia, as in Petrozavodsk is the regional Directorate of the Border service of the FSB.

“A threat to national security”

March 8 this year, editor of Barents Observer stopped at a checkpoint Borisoglebsk on the Russian-Norwegian border and stated that his presence in Russia undesirable. The FSB informed the editor that the ban on entry will operate for five years.

No explanation of the reasons for the ban were not provided. It only says that Nielsen is “a threat to Russia’s national security”. As reported by the Russian Embassy in Norway, Nielsen was just included in so-called “stop-list” of undesirable persons in response to creation of the sanctions list of Russian citizens from the EU and Norway.

“It is still unclear why he was denied entry and how it threatens the national security of Russia”, — said Ivan Pavlov, the Agency “Interfax”.

In a lawsuit filed in Petrozavodsk city court, argues that the ban on the entry of the FSB is illegal, because it contradicts the Russian Constitution, and it is not based on the decision of the competent authority.

“The defence considers that refusal of entry would have been lawful only if it were based on appropriate legal grounds, i.e. on the decision of a competent state body, and if the decision was based on the actual valid and documented circumstances. In addition, he should have been given a copy of the decision on not permission of entrance to the country”, — the document says.

The intervention of the security services to journalism

Thomas Nielsen emphasizes that the FSB has no right to interfere in journalism.

“The Russian Constitution gives me the right of entry into the country, and perform my work as a journalist. All my documents, visa and press accreditation were in order and I did not violate anything. Any solution to prevent me should be based on legislation. The FSB did not provide any legitimate reasons to deny me the fulfillment of my work in Russia,” he says.

“Obviously, this is wrong, when the FSB starts to interfere in journalists’ work. The security service of the state should protect the rights of journalists, and not to violate these fundamental freedoms”.

Lawyers in the service of press freedom

Since its creation in 2015, “Team 29” was already dealing with several cases of human rights violations, freedom of the press and freedom of speech by the state.

“Team 29” is an informal Association consisting of lawyers and journalists.

The actions of the FSB against the editor of Barents Observer by Thomas Nilsen has attracted wide attention in Russia and abroad.

On 13 March, the Nielsen case was registered in “Alerts on freedom of the press” on the website of the Council of Europe. Alerts are part of the Council’s platform to protect journalists and ensure their safety.

In his letter addressed to the Russian Embassy in Norway, the Union of journalists of Norway condemned the expulsion of Nielsen.

“It is very serious when the authorities decide who to cover events in this country, and the presence of any undesirable journalists, and it’s all based on what a particular journalist writes,” reads the letter of the Union of journalists.

The Union said it “strongly opposes such treatment of Thomas Nielsen from Russia” and demands an explanation why he is considered a “threat to national security”. 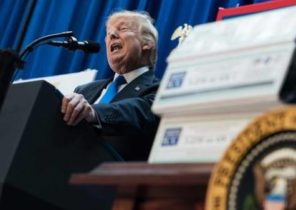