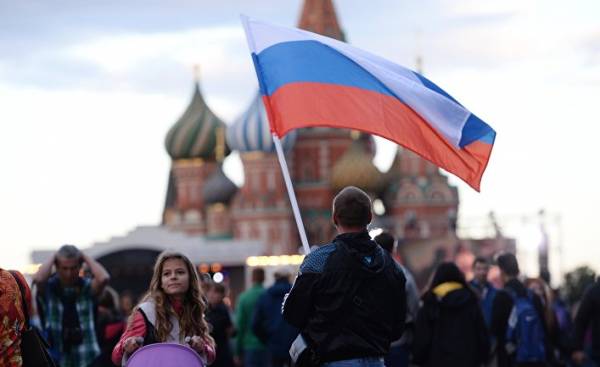 On Wednesday, the Senate overwhelmingly voted to punish Russia for its intervention in the elections of 2016, by adopting the amendment, which legislated acting against Moscow sanctions, introduced new punitive measures and recorded a provision stating that the repeal only by Congress. Here is what The Washington Examiner:

This amendment against Russia sanctions are imposed for various offenses, including invasion of Ukraine and aggression in Syria. It legalized punitive measures that have been taken under the Obama administration. But mostly go for additional sanctions Democrats and Republicans made the recent Russian cyber attacks against the National Committee of the Democratic party. […]

Democrats threatened to block the bill on sanctions against Iran if lawmakers do not approve the amendment of punishment of Russia.

Sanctions against the “corrupt” Russians involved in human rights violations and to supply weapons to Syrian President Bashar al-Assad.

The house of representatives will consider the bill on sanctions tomorrow, after which it falls to the President.

But trump has already expressed his dissatisfaction with the amendment. Giving testimony yesterday in the Senate, the Secretary of state Rex Tillerson said that the new sanctions “untimely” and can close a promising channels of communication with Moscow, which were established recently. Today he repeated his statement in the house of representatives, noting that the President should “have the ability to adjust the sanctions, adjusting them to fit the needs… the evolving diplomatic situation.”

Someone might be tempted to see in the response Tillerson new vague evidence of a dastardly conspiracy between trump and Russia. But really, the arguments Tillerson, would have loved to the Obama administration in 2012. Then, as now, the White house tried to get closer with Russia, but Congress strongly insisted on the adoption of the law on the punishment of Moscow. At that time it was a landmark Magnitsky act. Obama’s people have fought against this law with all his strength, arguing that it is excessive, unnecessary, and hinders the Executive power to punish Russia for its discretion. In the end, Obama approved the law, partly due to the fact that the Congress very dodgy linked with cancellation of the amendment of Jackson-Vanik, which operated in Soviet times. It was a priority, and Obama did not want to abandon her run for a veto on the Magnitsky act.

Today, there is largely the same dilemma. Trump, like Obama, clearly wants to establish with Russia relations of cooperation. Trump, like Obama, is unwilling to abandon its plans and does not want to anger Moscow. And the Congress today, as in 2012, does not intend to agree with the President’s priorities. Even the linking of new sanctions against Iran, the bill seems an echo of the past. In fact, Congress challenges the President, expecting that he will derail one priority in foreign policy and will cancel the decision of the overwhelming bipartisan majority for the sake of friendship with Russia.

Will trump this challenge, whether he will impose a veto on the bill? Probably not, if to take into account the political fire that is raging around Russia. Because half the country is struggling to prove that trump is a puppet of the Kremlin, from concessions to Russia, he will lose much more than Obama. But this story is a reminder of what we’re talking about all the time: passionate hope trump at improving relations with Russia (as the hopes of the Bush and Obama before him) is likely to crash on the rocks of political reality and skepticism of Congress who is determined to tie the President’s hands.

TPAJAX
Where is the evidence? In fact, we’ll break them into three components, which are nothing more than statements, is not confirmed by solid evidence.
1. Russia (or someone else) directly interfered in the process of voting and counting of votes. [There is no evidence. And the accusation is put forward very few.]
2. Russia (or someone else) indirectly interfered in the elections, denouncing Clinton, Podesta, corruption in the National Democratic Committee. [Yes, it definitely was. To expose corruption — is it bad? And very little evidence that it was Russia. And when evidence and proof are so few, there remain other possibilities, including the story of the mysterious murder of Seth rich.]
3. Based on the assumption (evidence yet) that Russia made as described in paragraph 2, trump is accused of conspiring with her. [Evidence of this either.]

Andrew Allison
Another political show-off our elected representatives (our own fault that chose them). First, the Crimea everything has been resolved, and the result of the efforts of the EU to pull Ukraine into its orbit. Second, the outrage over the hacking of hacks NCDP caused not by the break-ins, and the fact that hackers have exposed the dirty tricks of the Democrats. Thirdly, because the existing sanctions have produced zero effect on Russian policy (unlike its hapless citizens), what’s the point? And finally, isn’t it time for Congress to stop posturing and solve human problems?

R. Arandas
I am neutral, since neither support sanctions or oppose them. But I’m curious. Dared the Congress to at least think about sanctions or boycott against China for its controversial actions in violation of international law? Probably not. 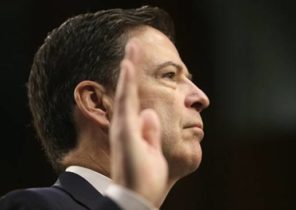