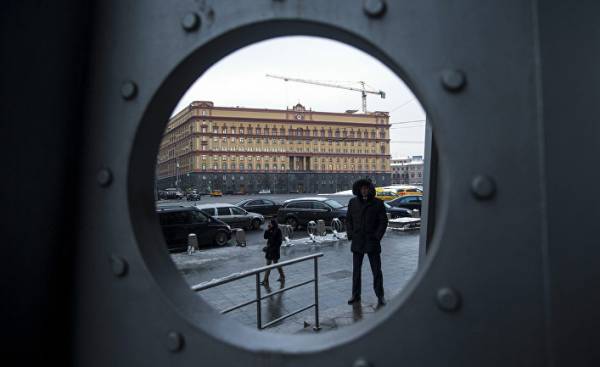 Tel Aviv — on the Morning of 1 June 1967 in a small apartment in Herzliya — a prestigious suburb a few miles North of tel Aviv — the phone rang.

“Good morning, Madam. Is Yuri. Is your husband home?” asked an agitated male voice with a heavy Russian accent.

“Unfortunately, it is not,’ said the woman.- He for military training”.

“If he calls, tell him I urgently need to meet with him,” said her companion, and hung up.

The caller name was Yuri Kotov. He was a promising KGB. Two and a half years earlier, he recruited one of the promising young members of the ruling Israeli party “Avoda”, which received operational alias “Boy”. Since then, the Cats managed to get from your agent, were also in the reserve military intelligence, a lot of information about party Affairs and not only.

In the documents of the KGB, recently received — thanks to British intelligence at the disposal of the University of Cambridge, I’ve seen positive feedback about “the Boy.” “My supervisors from the KGB, he told me “Boy,” told me that I will be one of their top agents in the middle East”. KGB is not so wrong: “Boy”, indeed, became a famous figure both in Israel and in the United States.

But actually, being a patriot of Israel, he immediately notified about the proposals Kotova Israeli intelligence service Shin bet, and agreed with her approval. The information that he shared with Soviet intelligence, was provided to him by Israeli security services. Part of it was fabricated, and the part is useless. Shin bet, conferred on him the nickname “Orange”, still considers the circumstances of this story a secret and forbidden to publish his name.

In June 1967 Kotov and his colleagues at the tel Aviv residency saw that Israel is preparing for war. Their Moscow chiefs in the coming war is not too believe, despite the threats and aggression of the Arabs. However, they started to figure out the scouts, who worked in Israel, what’s going on. As I told one of the curators of the “Orange” Reuven Merhav (Reuven Merhav), Shin bet decided to “try to prevent the war”, pointing through Russian double agents real information.

Counterintelligence instructed “Orange” “meet Kotov — in full officer’s uniform with all insignias and tell him that Israel is preparing for war, pulls to the Egyptian border a large force, and that, if the Soviet Union will not help to ease tensions and will not achieve the withdrawal of the Egyptian army from Sinai, Israel will attack first.” Similar instructions received another double agent — Polish journalist Victor Graevskaya.

This information came to Moscow, but nothing has changed. Deception and misinformation coming from the headquarters of the KGB, has put Israel and its neighbors to the brink of war.

Understanding what methods of the Soviet intelligence was trying to change the balance of power in the middle East, allows to deal with the causes of the six day war. But at the same time it also explains the mentality of the now governing Russia of immigrants from the Soviet KGB and evaluates the methods by which they try to influence international policy.

The KGB called these methods of “active events”. According to the documents of the KGB, they had the goal of “providing great effect on the area of interest of the political life of States, their foreign policy, the introduction of the enemy into confusion, undermining and weakening his positions.”

The leadership of the KGB was set up deeply anti-Semitic. It is believed that Israel and world Jewry according to the degree of danger, “second only to the main enemy — the United States.” The attitude of the KGB to destabilize Israel was totally disproportionate to the power and influence of this country. In April 1967 against the background of successes of the United States in Vietnam — Moscow has decided to undertake a large-scale “active measures” to weaken Israel, which also caused a blow to the Americans.

Passing of Syria and Egypt fabricated information, the Soviet Union wanted to increase their dependence on themselves. In addition, he wanted to further engage Egypt in the middle East friction, forcing him to threaten Israel. Moscow had hoped that Egypt will strengthen its position and is again able to enter its army in the Sinai. According to some sources, the Soviet Union, even expected, because of rising tensions Egyptian President Gamal Abdel Nasser withdraws its troops from Yemen, the presence of the Egyptian forces did not like Moscow. The crisis between Egypt and Israel could also slow down or halt the construction of Israeli nuclear reactor in Dimona, which the Soviet Union is justly considered a factor that changes the strategic balance in the middle East.

The Soviet Union was used on 13 may 1967 with the visit of the Egyptian Vice-President Anwar Sadat in the Kremlin to share “secret information” that Israel is concentrating forces in its Northern border and going to attack Syria. As reported by Sadat the leaders of the KGB, the Politburo was expected from Egypt that he would protect the Union of Russia and Syria. “They knew that it was not just inaccurate information, but an outright lie”, — says the General Shlomo Gazit (Gazit Shlomo), then head of the research Department of Israeli military intelligence.

Israel has concentrated its forces. On the contrary, in mid-1967 Israeli intelligence was convinced that Syria is entirely absorbed by internal political conflicts, while Egypt was bogged down in Yemen. Therefore, the immediate danger of war she couldn’t see. It was a correct assessment — none of the countries actually did not want to fight. However, by mid-may, the KGB could not put the Genie back in the bottle.

Sadat returned to Cairo the same evening — and found that the local KGB rezidentura has prepared for him the same warning. He hastened to the residence of Nasser, where the leader of Egypt convened an urgent meeting. Not the fact that Nasser believed the Soviet message but he himself is like they believe it. Even if Egypt and Syria were pushing for war Moscow, Nasser was convinced that it is profitable for him.

On 15 June Egyptian President sent troops to the Sinai and demanded the UN withdraw from the Peninsula its peacekeepers. He then declared the Strait At Tiran closed to Israeli vessels, blocking Israel access to the Red sea. The Soviet Union supported these measures in the belief that Israel will not dare in response to start a war — and that even if he wants to do it, the US will stop him.

The actions of Egypt stunned Israel by taking them as a pretext for war and began the mobilization of forces. Top military officials began to pressure Prime Minister Prime Minister Levi Eshkol, requiring him to approve a preemptive strike. The population of Israel, frightened by threatening statements by Nasser and fearing a second Holocaust, was covered by the alarm. However, the army leadership, which enjoyed reliable intelligence was confident of victory.

The Soviet Embassy in Israel — including Yury Kotov — was not, unlike his Moscow superiors are confident that Israel will be intimidated. So they called their agents to try to understand what is happening. At the same time the Shin bet had used double agents to persuade the Soviet Union to defuse tensions.

Eshkol tried to convince the USSR that Israel is going to attack Syria. Night, PJ’s, he took the Soviet Ambassador Sergey Chuvakhin (as in the text, in fact Dmitry Chuvakhin — approx. TRANS.) and invited him along to go to the Syrian-Israeli border and make sure there is not anything unusual. Chuvakhin refused.

When the authorities in Moscow realized that the situation is out of control, they tried to prevent the war. In a secret letter to President Lyndon Johnson and Soviet Premier Alexei Kosygin demanded that Johnson guarantees that Israel would not attack Syria or Egypt. At the same time, on another channel, he asked Egypt not to attack.

While the Russians did nothing to convince Nasser to withdraw. Most of the Moscow experts were confident that in case of war Israel will be defeated in a couple of weeks. The Soviet Union continued to feed the allies false information. In addition, the Russian endorsed the flying Egyptian MiGs (some believe that managed the aircraft by the Soviet pilots) over the Israeli nuclear reactor in the Negev desert. Israel took this as a direct threat to one of its most secret and important objects.

On 1 June it became clear that the United States does not want or is not able to open the Strait At a Tyrant with the help of the international fleet. Defense Minister Robert McNamara (Robert McNamara) said the head of “Mossad” Meir Amit (Meir Amit): “I understand you well. Go home, young man, you now should be there.” As told to me later Amit, the answer is McNamara he took as a green light for a preemptive strike — which was applied on 5 June.

Soon after, the KGB residency in tel Aviv began to receive reports of Israeli victories. “They were totally confused,” recalls Reuven Merhav, then head of the Shin bet Department to counter Soviet espionage. The scouts first became aware of the catastrophic situation for the Soviet Union.

“Active measures” given the results, the opposite of planned. Israel in six days turned into a key regional power, and became for the United States a more important ally. Syria and Egypt disgraced. The American arms triumphed over the Soviet and Soviet military doctrine.

On 10 June the Soviet Union broke off diplomatic relations with Israel. After eight days in Haifa came by ship, went after the staff of the Embassy, including the KGB residency, and property. According to Mr. Merhav, immediately after they left the building, broke the staff of the Shin bet — and found that the KGB “nothing behind them left.” “Then I realized that the era is over,” he said, adding that while he understood: “the middle East is too important for them, and they’ll be back.”

He was right. Russia is back — and it again plays in world politics is destructive, diabolical role. Technology the spread of misinformation and the use of fabrications, designed to sow discord and tensions, cheat and intimidate, could change, but the mentality remained the same. Russia, at the helm of which stands a KGB veteran Vladimir Putin still considers it “active measures” legitimate way to equalize their chances with the West and to increase their influence in the world — including the middle East.

The difference between June 1967 and the present is that now they seem to all work.

Ronen Bergman is a freelance writer for The New York Times Magazine, a senior correspondent for Yedioth Ahronoth on the problems of the armed forces and security services, author of coming soon books, “Rise up and kill him first: the secret history of Israeli targeted killings” (“Rise and Kill First: The Secret History of Israel’s Targeted Assassinations”).