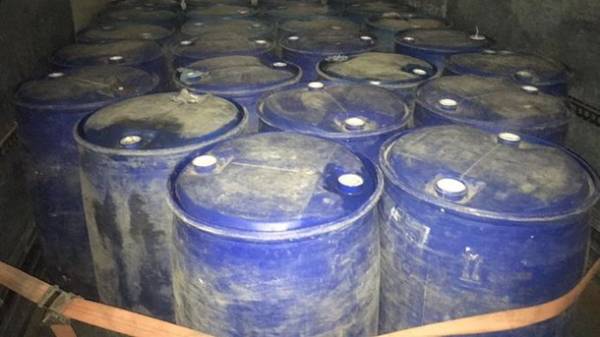 More than 2.5 tons of alcohol found guards Mogilev-Podolsk group at Bank of the Dniester. The liquid is transported in four vehicles among the empty barrels.

About it reported in a press-service of the southern regional government of state frontier service of Ukraine.

“200 metres from the river found three cars in which there were more than 2.5 tons of alcohol. In one of the cars the guards found double rubber boat, plastic tubing and rope. All this is indicative of preparation for illegal movement of alcohol across the border, – told the Agency. – Continuing the inspection, police found another car – a passenger car, the Volkswagen, which was next to a plastic hose attached to a metal rope and a few empty 20-litre containers”.

Also, the border guards detained four residents of nearby villages.

Earlier it was reported that in Odessa region found dozens of tons of smuggled alcohol.