A citizen of Kyrgyzstan Yahya of Mashrapov whose passport media published in connection with alleged involvement in the terrorist attack in Istanbul, denies the charges.

As reports turmush.kg, Yahya Mashrapov of today, 3 Jan, 07:00 arrived from Turkey in the airport “Manas”. About 9 o’clock in the morning he from Bishkek has arrived in the airport in Osh.

Turkish authorities have confirmed that the #Istanbul attacker is Lakhe Mashrapov, a 28-year old citizen from Kyrgystan pic.twitter.com/s4cY0ncKHg

Yahya of Mashrapov stressed that no relation to the terrorist attack has not. In conversation with the correspondent he has told some details of the stay in Turkey, in particular, that the Turkish law enforcement authorities have questioned him in connection with a similar appearance.

“On 1 January I flew from Bishkek to Istanbul. I have unfinished business related to trade. Then arrived at the Istanbul airport and got on the plane. At this time law enforcement officials pulled me off plane. They questioned me for hours. Because of this, the flight to Bishkek was delayed for an hour. I explained that interviewed me in connection with the attack in the night, said I looks a bit like a criminal from the photo, apologized and put me on a plane,” he said.

However, he said he did not know the man, who was wanted in Turkey for the attack. “I don’t know the person, who is suspected in the attack, and don’t know where the photo of my passport spread on the Internet… I come from Kara-Suu. Since 2011 I have been trading on Kara Swisscom market “Turatali”. When was the attack on 31 December, I was in Kyrgyzstan. I had nothing to do with the terrorist attack in Turkey. Since 2011 I fly to Istanbul because of his work — trade,” said Mashrapov correspondent Turmush.Iakhe Mashrapov 28 Dec flew to Istanbul and on 30 December I flew back to Kyrgyzstan. On 31 December he was in Kyrgyzstan and 1 January, flew to Istanbul. January 3 flew again in Bishkek.

We will remind, in the night club Reina in Istanbul in new year’s eve terrorist dressed as Santa Claus opened fire with a machine gun. According to the interior Ministry of Turkey, killing 39 people 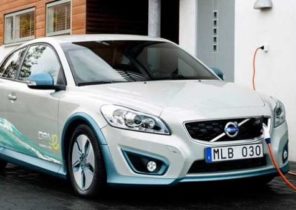