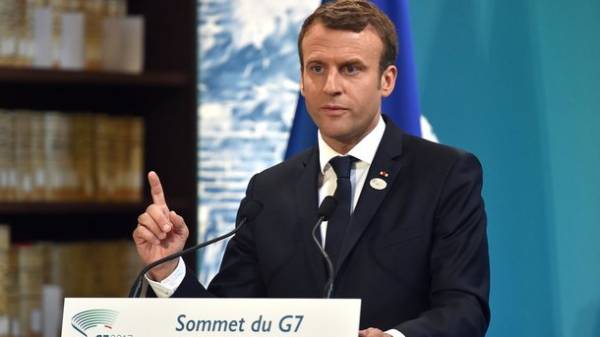 The doors of the EU to the UK remain open, although the return will be more difficult due to the fact that the procedure Brexit has already begun. This was stated by the President of France Emmanuel Makron at a press conference with the Prime Minister of great Britain Teresa may, according to Politico, reports “Ukrainian truth”.

“For the EU, while the decision to release not finalized, it is possible to go back. However, we must say clearly: since the procedure started to come back harder,” said Macron.

Thus, he commented on the statement by German Finance Minister Wolfgang Schaeuble, who said that if Britain decide to leave the EU, you will find doors open.

The French President said that he respects the decision of Britain to withdraw from the EU, and urged to start negotiations on entering soon.

We will remind, the Prime Minister of great Britain Theresa may after the election said that the negotiations on Brexit will start on 19 June, as planned earlier.