The first official phone conversation with US President Donald trump and the head of the Kremlin Vladimir Putin will not be formal, the conversation will set the tone for subsequent relations between the two countries. About it in the comment “observer” stated Ambassador extraordinary and Plenipotentiary of Ukraine, senior consultant of the USAID RADA Volodymyr Kryzhanivskyi.

“From the statements of the Kremlin, it follows that this alleged will be largely the Protocol conversation. But I doubt very much that the conversation will indeed be formal. At least there will be exchange of thoughts and positions on key issues. Though, probably, while the exchange will be superficial. But this conversation will lay the Foundation of the subsequent relationship. Clearly the negotiations are not limited to: “I Congratulate you on assuming the post,” said Kryzhanivskyi.

According to him, after a conversation will activate the development of a new format of relations.

“I’m not saying that this format will be radically different. But the new President automatically means a new format, new accents. And probably the differences will be many,” concluded the Ambassador.

As reported, telephone conversation, Putin and trump is scheduled for today at 19:00 Kyiv time. 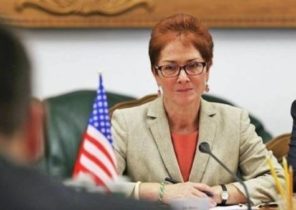