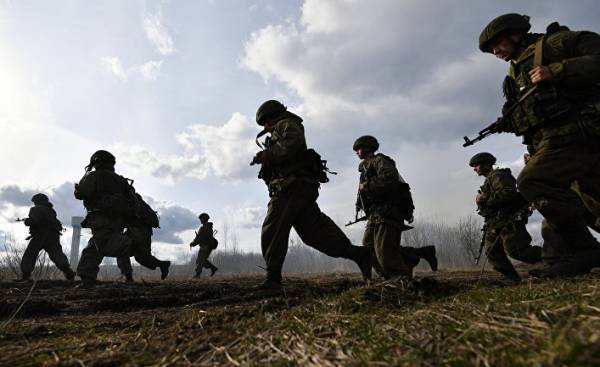 Alexander Lukashenko congratulated Vladimir Putin on Russia Day. “In the Republic of Belarus appreciates the relations of fraternal friendship and strategic partnership with the Russian Federation”, — is underlined in the official text. Critic of the Belarusian regime will easily find fault with this duty and corny phrase. Let me remind you about oil and gas and food wars, sarcastic quote Lukashenka, who admitted that it was wrong to fly on one wing. In short, this partnership, which it is foolish to deny that there are very troubled inside.

Love through the wall

Belarusians prefer to love Russia at a distance

Analysts point in particular that triggered the proximity of cultural codes. Capitalizing on it, Lukashenko has repeatedly reiterated to the Russian guests that Belarusians and Russians are one people (version: Belarusians — a “Russian with a quality mark” that Russian, however, is a dubious compliment). However, it is complicated. Brotherhood, but only 4.6% of our compatriots in favour of the entry of Belarus into Russia as a Federal subject. This means that in 25 odd years of independence its value — with all the costs of flight on one wing became aware of a significant majority of Belarusians.

“Even Stalin in his time did not think”

There is no doubt that Lukashenka himself is not eager to become the Governor of the Northwest territory. Today you are the Governor, and tomorrow — a zero without a stick. And the uneven hours, and the handcuffs put on. Ideally, the Belarusian leadership and Belarusian in the street would like to enjoy the material benefits of integration with the Eastern neighbor (cheap energy, large and not particularly capricious market, etc.), but without the headaches to live in a separate apartment. In this respect, by and large, “the people and the party United”. But the idyll does not work. In 2002 there was a serious clash of Lukashenka with Putin, after which the Belarusian leader was indignant that “even Stalin in his time did not think of such variant” — offer to enter into Russia six regions.

Since then, the warming periods over and over again give way to a sharp conflict between Minsk and the Kremlin. “After the Crimea,” Lukashenko strengthened foreign policy maneuvering, released political prisoners to make peace with the West. As an additional geopolitical support has been regarded by China (which, in particular, helped create a weapon of deterrence — the long-range jet system of volley fire “Polonaise”). In addition, the Belarusian authorities started the so-called soft Belarusization, which, for all its inconsistencies and limitations has infuriated Russian velikoderzhavnikov.

Idyll in relations with Moscow does not work for two reasons — economic and political. The Russian economic model does not seem particularly progressive — it’s basically a resource-based economy is enmeshed in corruption, embezzlement of public funds. Prices fell for raw materials and the economy of the Eastern neighbor was in a fever. Moscow has become stingier in terms of subsidies, has become more demanding in return. The Eurasian Union has turned out with large gaps. The creation of common markets of oil and gas related as much as 2025 (the Russian resource tycoons are not fools to lose profit), and so the field remains highly contentious.

Political conflict is that, the undoubted relationship of authoritarian regimes suffer from Russian power, but it is alien to Belarusian. Imperial thinking has pushed the Kremlin on the annexation of Crimea, violent conflict with Ukraine.

Putin is no need to take Belarus roughly, tanks or troops

Belarusians Ukrainians to clash absolutely nowhere. Minsk, on the contrary, tried to distance itself from Moscow, in particular, by providing peacekeeping site on the Donbass. But to distance themselves not very good. Because so ironic independent commentators, when the Belarusian diplomacy promotes the idea to start in Minsk a new Helsinki process, in other words — to reconcile Russia with the West.

No matter how annoying the Belarusian authorities, but in the West, many consider Belarus as the Kremlin’s satellites. And certainly I think the Belarusian army is part of the Russian military machine. Hence such a buzz about the upcoming in September in our territory of the Belarusian-Russian exercises “West-2017”. Significant thing is that Lukashenka and Russian Ambassador Alexander Surikov forced to publicly assure the public that immediately after the maneuvers of the Russian troops (it is expected the arrival of about three thousand troops) leave home.

The Belarusian diplomacy behind the scenes speculating on the phobias of the West about Russian threat, that he less railed against the undemocratic nature of the local regime: don’t like us black — doprygat that the tanks Putin bug will stand.

In the multidimensional Paradise sin is not allowed

But the system that constructed the first President of Belarus, the limits of its rapprochement with the Western world is very limited. So in this regard, the Kremlin can sleep peacefully. Now Minsk is taking a new loan from Moscow, increasing debt dependence on her, while that would be profitable the IMF loan under of 2.28% per annum. But the IMF insists on the reform of the public sector, and it is the Belarusian leadership as the knife open.

Minsk declares its intention in 2020 to expand the export evenly across three vectors — Russia, EU, the far arc (that is, speaking openly, to weaken the reference to Moscow), but de facto the share of Russia in foreign trade of Belarus is increasing. Because other vectors of Belarusian products are not too competitive. And in order to increase competitiveness, we need reform, which, in turn, a dangerous collapse of the system based on the tightly regulated state-owned economy.

In General, and would be happy Belarusian leadership in the multi-pronged Paradise, but sin is not allowed. We must rely on grants and loans to Moscow. Now in April, Lukashenko agreed with Putin for the next batch of aid, again worked simple scheme “doznyak — fever”. The Belarusian economy a bit better. But it is — until the next withdrawal.

In this respect, the integration with Russia has turned into a vicious circle, which does not allow Belarus to truly develop. 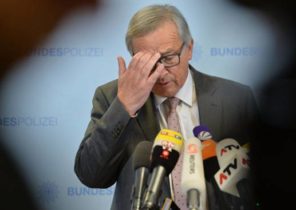 Why trump recalls the intervention of Ukraine in the elections?