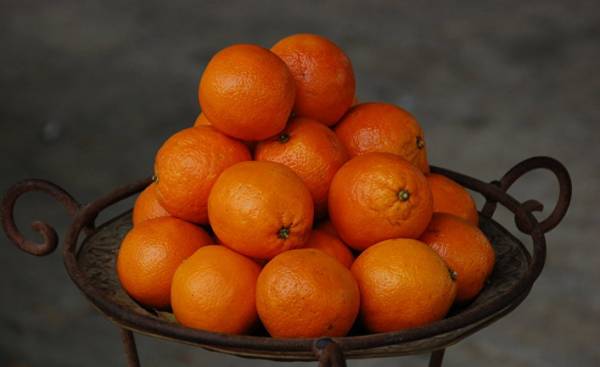 On the shores of the Mediterranean, in the South-East of Tunisia lies the island of Djerba — the island of mosques and dreams, which, despite globalization, has managed to keep its unique architectural style. And its inhabitants has managed to preserve its incredible diversity, representing different religions and nationalities. All this has created a unique tourist destination, which became the center of attraction for Jewish pilgrims. The beautiful temperate climate, a magical atmosphere, soft sandy beaches, tall palm trees, olive groves, stretching across the territory — “fishermen’s island” Djerba fascinates the local population and foreign tourists.

The architecture reflects the philosophy of life

Along with Golden beaches and sandy soil, the island of Djerba also has a unique architecture that combines tradition and modernity and reflect the philosophy of life formed for centuries. For the island is characterized by traditional architecture, which is the so-called “yard”, closed in on itself. The earth inside it is covered with lime paint, and it is surrounded by several “houses”, of a width of not more than two and a half meters. Here come the vents and low Windows, protecting the room from heat and light.

The island’s area is 514 square kilometers, a coastline of 125 kilometres, which is plenty of traditional historic buildings. There are about 300 incredible mosques, painted white. Most of them has a simple architecture, small area, simple decor, as usual for mosques decoration are missing. On Djerba is twenty underground mosques with paintings of the beginning of the XII century, built with the help of special excavation. The mosque, located in different parts of the island, are an example of mixing of two civilizations: the civilization of the Berbers, previously inhabited this territory, and the ancient Islamic civilization, which gave the island its engineering, unique in its kind.

In the North-East of the island is a mosque Fadlun. It is believed that its history dates back to the XIV century. It consists of several buildings, among which the prayer house, yard, schools and domestic premises, places of ablution, bakery and mill. 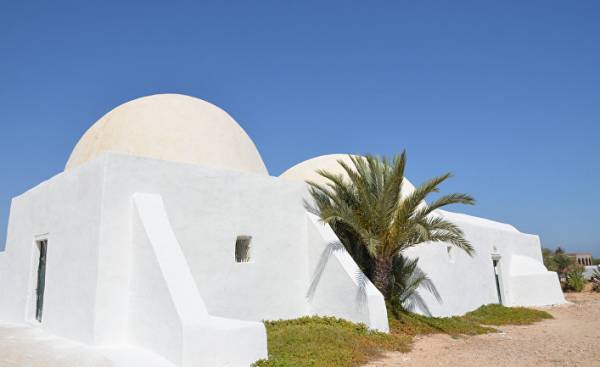 © flickr.com, Richard MortelМечеть on the island of Djerba in Tunisia

Along with religious purpose, the mosque, near which there were other homes and underground storage, was used as a fortress to shelter from pirates and military campaigns. From there, residents have received information about the threat looming on the island, so they were warned. According to many historians, the mosque was lit by the lights, thereby exchanging the mutual alerts in case of danger.

The diversity of religions and ethnic groups

Since ancient times, the island of Djerba is known for its hospitality towards religious and ethnic minorities. Moreover, it became a refuge for them. In addition to the Muslim population, most of whom are followers of the ibadism, which takes its name from its founder, Abdullah Ibn Ibad al-Tamimi, among the indigenous inhabitants of the island of Djerba, about 2,000 Jews living on the island for thousands of years.

Every year in may, thousands of Jews from all over the world flock to Djerba, to perform the rituals of what is known as “the pilgrimage of the Jews”, which lasts for two days. “Miracle”, which is located here according to the legend, one of the oldest copies of the Torah in Tunis. Here is the oldest and largest Jewish synagogue in Africa, which has a history of nearly 2600 years. According to some accounts, a Jewish woman, known for her beneficence, came to Djerba and died on the place where currently is a synagogue, in connection with which the synagogue is also sometimes called a “miracle.” 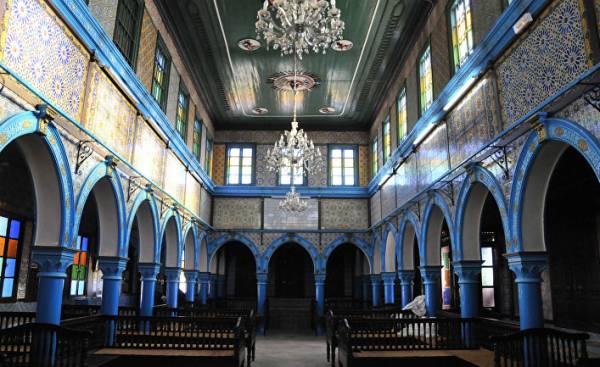 © flickr.com, Citizen59Синагога on the island of Djerba in Tunisia

The synagogue consists of two buildings. The first is to worship, in the decoration is dominated by white and blue colors. Inside the building is a house of worship, the place the most important rituals of the pilgrimage. As for the second building, in the days of the Jews, it is used for celebrations with Tunisian songs and music, as well as dishes of Tunisian cuisine.

These rituals and celebrations include prayer, lighting candles in the synagogue, receiving “blessings,” the sacrifice of the lamb. The holiday is accompanied by singing of songs and drinking wine from the figs, which are renowned Tunisian Jews.

Despite the variety of religions and nationalities in Djerba, since prehistoric times, in a society dominated by the Arab-Muslim traditie. During Eid al-Fitr, for example, residents of Djerba’s main food is chermoula and fried fish. Chermoula is a marinade of onions, tomatoes, red pepper, vegetable oil and salt. The fish is roasted in spices, including turmeric, cumin, and salt the day before the holiday. Chermoula on Djerba is eaten with bread made from wheat flour. In other days added to couscous from durum wheat that is steamed in a pot with lattice on the bottom of the pan where the steaming broth, consisting of olive oil, onions, salt, some spices and vegetables.

Even in the wedding ritual preserved something in common, despite some of the differences between Jews and Muslims. The ceremony begins with the bride hiding in her parents ‘ house. The performance itself lasts for 40 days, when was the date of the wedding. Women thorough clean the house the bride and groom, prepare treats for the holiday. Then the guests go to one of the olive trees at the home of the bride and groom. Women paint some parts of the body with henna, for men the use of henna is limited to only one of the fingers, are sometimes allowed of the palm. The bride receives from the groom gifts — first is the “first batch” of gifts, small, followed by a second big “party”. 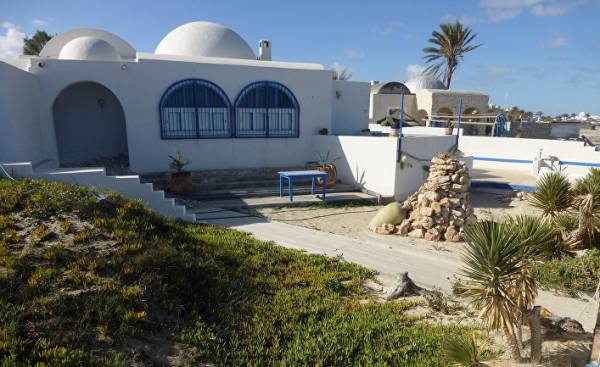 © Fotolia, Citizen59Дом the beach, on the coast of the island of Djerba

On the third day of the holiday treats already the groom. He feeds guests, and at night arranged a celebration on the occasion of marriage, in which guests are entertained by musicians dressed in folk costumes. On the day when the bride leaves the parental home, moving to her husband’s house, she moves in, accompanied by crowds of relatives and guests. At the head of this procession are men and children, women and girls following behind.