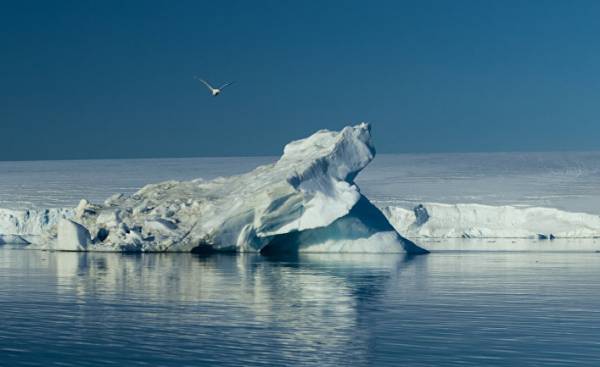 A well known link between natural resources, including energy and political dominance in any particular region or in the world. So, we easily formed the image developed in the industrialized West, which is highly dependent on oil under the control of the unstable countries in the Middle East.

Global imbalances, in which some regions are in control of energy resources, while others are in dire need of these resources in the future will remain important in the distribution of economic and political power and strategic influence. However, in the coming decades, known to us patterns of consumption and production will undergo substantial change. From the understanding of these phenomena depends on how far-sighted the decision taken by Portugal and Europe in the field of energy solutions, which today are partly reasonable and partly suffer from myopia.

Over the next 15 years, the global population will increase by almost 1.2 billion people. Only this indicator is equivalent to the population of Portugal, multiplied by 120, or the number of inhabitants of the European Union, which grew 2.5 times. Meanwhile, the West will have only three percent of this growth. Every day the world is born more than 400 thousand people.

This new population is not simply demographic growth. We are talking about population growth in developing countries, whose economies typically grow much faster than in the West. Over the next forty years, the total volume of the economy will put China, India, Russia and Brazil on the same level with the economy of the rich countries, now included in the G7 (USA, Japan, UK, Germany, Italy, France and Canada).

In the next three to four decades, the number of representatives of middle class will rise three times mainly in those countries that today are considered “developing”. Europe will gradually lose their former significance in the world, although at present some policies are as arrogant as the ignorant seem to believe (and impose this opinion to citizens), which is unification (which is not the Union) of the continent is key to its future success. In 15 years the Chinese economy will be larger than the economies included in the EU 27 countries together (meanwhile, the us economy also distanciruemsa from the European).

Qualitative changes are manifested on many levels. More affordable education and a mass exit of women in the labour market has made structural changes in the economy of almost all developing countries. In urban areas, there are already more than half the world’s population.

As economic growth in developing countries will produce more and more goods and services that will increase local wealth and consumption. The inevitable increase in the consumption of energy and raw materials. A number of developing countries, which already today combine about 85% of humanity will rise, as purchasing power and consumption of their residents, which will provide better quality of life. The inevitable intensification of transport. Energy efficiency in transport (and other areas) in the coming decades will increase substantially, however, this is unlikely to affect the global energy consumption due to the gradual increase of wealth previously poor.

In 20 years the people of the world will need 50% more energy than today. Over the next ten years, about 90% of the growing energy demand will occur in developing countries. In short, in coming decades we will witness a large-scale realignment of spheres of influence in accordance with the zones of control of sources of energy.

Today those who made the trip to India, struck by the intensity of city traffic, but equally impressive density of traffic in rural areas. The poverty in this country is still widespread, but things are changing at breakneck speed. This is just one simple example illustrating the rise of developing countries that start with lower economic start, but a step forward is so impressive that in the coming decades will certainly surpass us in many areas. Meanwhile, the European and Portuguese politicians who consider themselves progressive, but in fact hopelessly behind, discussing irrelevant issues, which I believe is true is important.

In the future, the main subject of debate will be energy and natural resources. Central Asia, specifically the Caspian sea basin, will be one of the main sources of tension, which may cause serious conflict. Areas which do not fall into our field of vision in the current strategic game, in fact, are already held in the strictest confidence analysis, for example, the Arctic. Of particular concern in the corridors of power cause major sea arteries, which are the global transport of oil, raw materials and goods. Today through the Strait of Hormuz is 16% of world oil exports, but in 20 years this figure will reach 30%.

While many oil producers begin to cut production, some countries such as Saudi Arabia, Iraq and Russia — in the coming decades will continue to build its capacity in this area. Brazil will be one of the largest oil producers (primarily due to the extensive resources of the basin of Santos). That is, the productive power of the economy will be distributed differently than today. European manufacturers, by contrast, will experience a clear decline. Avoiding the use of fossil fuels is extremely important, but it should be understood that even with the most intensive work in this direction and a universal commitment to achieve this goal will require many years.

China’s foreign policy today is largely due to future needs in the energy and natural resources, in the same way is followed by India. Food and water resources are under threat as a rule to a greater degree than we suppose, true in some specific cases the situation is more favourable than we imagine.

So, can not alarming and the problem of fishery resources. Over the past three decades, the situation in the fishing industry has remained stable, however, in many cases, we observed a significant excess of the volume of allowable catch, or depletion of fish stocks. So, in the North sea, 93% of cod are caught fishing before the fish an opportunity to reproduce. In 1950, the volume of global commercial fisheries was $ 19 million tons, while in 2006 it reached 94 million tons. If we want to preserve the current levels of fish consumption per capita in the world, in the next two decades we will need the global increase in production: we are talking about tens of millions of tons that the fishing is absolutely not feasible.

Meanwhile fish farming in recent years began to make a much greater contribution to the fishing industry, what not many know. If in 1970 the share of fish obtained in the process of fish farming, accounted for only 5% of the total volume produced in the fish world, while in 2006 this figure reached 35%. Today’s bet on fish farming was a key factor.

It is extremely important to have the courage to explain that “environmental business” today meets someone’s impressive selfish interests. The support that the government provides this business with taxpayers ‘ money, not always is transparent. Business related to renewable energy, will be a very fertile ground for corruption, because of a revival in this sector from the budgets will be allocated huge funds.

We brought a few simple examples that illustrate the underlying trends in energy and raw material geopolitics. In the world where in the coming decades, billions of people will move to the next stage of consumption, we should expect sharp growth of demand for energy and natural resources, and with it the heightening of tensions in connection with access to these resources. To avoid serious conflicts will be very difficult, no question about it. And, although today it is not obvious, behind the scenes of world powers already are preparing for this large-scale confrontations, and they are not far off.