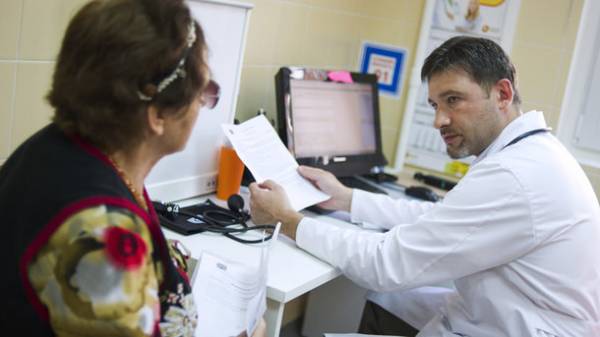 Long-awaited medical reform in the homestretch — the Verkhovna Rada on Tuesday voted for inclusion in the agenda of the current session of bills needed to start it. However, instead of four previously alleged they combined the two and made some edits. It is expected that a medical question MPs will fully close before the summer holidays, on July 14. We will remind, the reform involves the refusal of financing of beds in hospitals and provide every Ukrainian “state guaranteed package” — medical services primary and emergency care. It includes the services of a therapist, pediatrician, and family doctor, and call an ambulance and basic tests. Such services can provide both public and private hospitals and accurate list of free services and tariffs, the Cabinet will review and approve annually. The first stages of the reform should start in January 2018 and last until 2020.

To shift the question of reforming the healthcare sector with the deadlock failed on Friday at a meeting of the National Council of reforms, where the Ministry of health and the specialized deputies finally managed to find a compromise and make changes in the old version of the document. “In the new text of the bill will be resolved the issues of financing and state guarantees for the treatment of patients with tuberculosis (which were not considered in the old bill), mental patients (which we have in the country today, more than 1.5 million), vaccination of children; will protect the rights of pregnant women for childbirth, and also for treatment abroad and transplantation, said following the meeting the head of the Committee of health of the Verkhovna Rada Olga Bogomolets. — In addition, the us consensus was reached regarding the division of functions of the Agency on procurement of medicines that will be created. In the previous bill Agency alone has performed the payment function, control and selection of drugs — we believe that the functions of payment and quality control should be separated. Also in this bill fixed the possibility of gradual implementation: immediately to cover the whole country, and the first to innovate in the pilot regions or institutions.” Also in the agenda of the Parliament along with the bills from the MOH were, and two alternative bill from the Deputy Oleg Muse: “My comments were not taken into account. But MPs voting for the government bill, simply are not physically able to read it at 12:00 he showed up, and at 12:15 already voted”.

Medical experts are optimistic. “It is very important that the new edition does not contradict the government’s vision. The state departs from the budget the contents of medicine for the purchase of services money follows the patient. The current members of the Ministry of health has done what was not possible predecessors: go towards the development of the conflict with the core Committee and had a productive dialogue — says medical expert Alexander Yabchenko. Now, I think, members productively, vote, first, because of the sabotage attempt will result in immediate resonance in society, and, secondly, the President personally called to give a course of reform.”

However, analysts are not so optimistic about the timing: “In the first reading a bill can actually pass quickly and without problems. Primarily because foreign partners need to show movement on the path of reforms (for example, IMF a new tranche). But the second reading could be delayed, because the Parliament powerful farmable, which will fight”, — said political analyst Vadim Karasev.