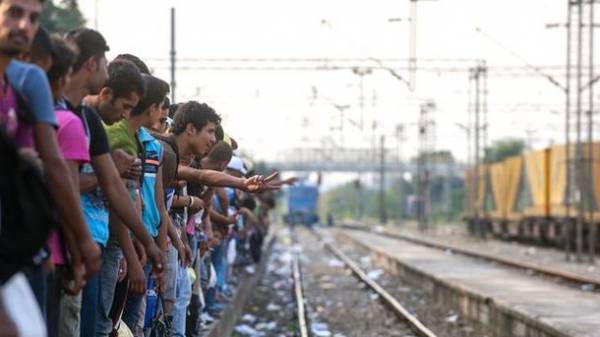 Prague officially opposed the decision of Brussels on a fair distribution of refugees within the European Union. The Czech government decided until September this year not to accept refugees, reports Deutsche Welle.

It was in September should complete the EU project, according to which member countries set quotas on the admission of migrants who originally came to Italy and Greece.

The Ministry of internal Affairs of the Czech Republic explained the refusal to participate in the program for the redistribution of migrants the fact that “the distribution system of refugees does not work” and “the security situation has changed” after the recent terrorist attacks in Europe.

We will remind, in the evening of 3 June, a car crashed into a crowd on London bridge, after which three armed terrorists came out of the car, attacked with knives on passers-by. The terrorists were liquidated by the police. In the attack, seven people were killed, 48 wounded, some in serious condition. In addition, the evening of 22 may at the British Manchester after a concert by American singer Ariana Grande had a blast. The attack killed 22 people, including children.