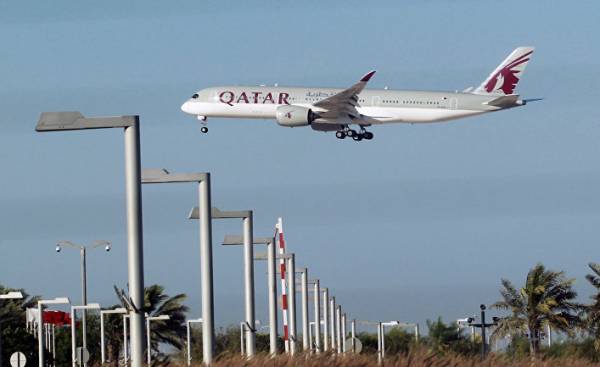 The message about the sudden rupture of relations between Qatar and several Arab States (Saudi Arabia, Egypt, UAE) came as a surprise to the Middle East. Israel should take advantage of the evolving situation.

First, the breakup of the Sunni States, Qatar is a blow to Hamas. Qatar is the main financial sponsor of the group. In Qatar for many lived a former political leader of Hamas, Khaled Mashaal. In 2012, Qatari Emir Sheikh Hamad bin Khalifa al Thani visited Gaza and pledged to transfer hundreds of millions of dollars to the accounts of the group. Qatar provided Hamas not only financial support, but diplomatic support. At the same time increasing the isolation of Hamas could be dangerous, because Israel is losing the diplomatic leverage over the organization’s leadership and the opportunity to negotiate with him through a third party.

In the second place, the gap with Qatar strengthens the Israeli-Saudi axis. Israel and the Gulf countries have a shared interest in countering Iranian expansion in the region. Since Qatar supported Hamas, the current crisis may force these countries to treat Hamas as a common enemy. The relationship between Israel and the Gulf countries intensified in recent years. This happens, of course, on an informal level.

Thirdly, the Qatari crisis indicates that the United States returned to the middle East. During his recent visit to Riyadh, President Donald trump called for “to expel terror”. During the reign of Barack Obama’s Israel felt isolated. Especially when the United States had exerted maximum efforts to conclude a nuclear deal with Iran.

Fourth, the severance of relations with Qatar demonstrates the unwillingness of the relatively moderate Sunni regimes to be reconciled with terror. Israel needs peace in the region and the lack of terrorist groups that undermine regional stability: LIH (banned organization in Russia — approx. ed.) in the Sinai, Hamas in Gaza, Hezbollah in Lebanon).

Fifth, the crisis strengthens the position of the Netanyahu government. Israel favorably, when in the international spotlight are other countries in the region. In addition, the Israeli government sought to strengthen ties with Gulf States in their confrontation with Iran.

The Palestinian-Israeli conflict pales into insignificance in the middle East political agenda.