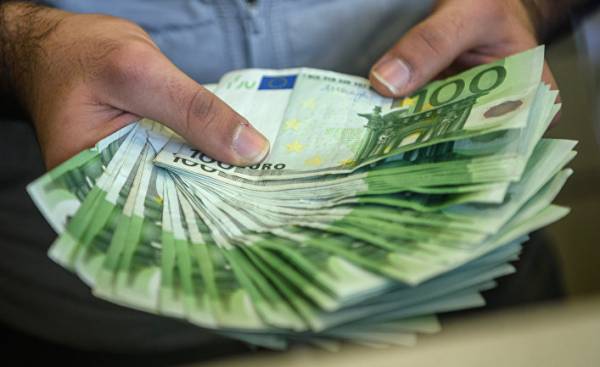 Given the diverse problems facing Europe, the European Commission launched a wide debate on the future of the EU. This discussion is largely concerned with our common currency.

Over the years of economic and monetary integration has made us stronger. Now the Euro 340 million Europeans in 19 States it is the second currency the currency in the world. It has provided price stability and has become part of everyday life for most Europeans.

However, the financial crisis, even though it appeared in other places and for other reasons, pointed out the shortcomings of the Euro system. The protracted social crisis in many countries-EU members threatened the credibility of the effectiveness of a common currency. Important reforms which were carried out after the crisis eliminated some of the shortcomings and imperfections of the Euro. However, in order to fully create a stable monetary and economic Union, more needs to be done. However, it turned out that moving forward is difficult because of the diversity of views and opinions. This week the Commission published a document in order to enliven the discussion and to achieve a broad political unanimity — a shared view on the single currency.

Need to clearly define some of the key principles. We need to reduce and disperse the risks in the Euro system. The Euro should remain open to all EU countries, to further integration of the Eurozone countries threatened community single market. And we need to continue to strengthen the transparency and democratic accountability in decision-making.

Keeping in mind these principles, we see a work area in the short and long term and offer solutions to the discussion.

Fully integrated and secure financial system is of paramount importance. We fixed the control banks, as well as rules and mechanisms to find solutions in cases when the banks have problems. Based on already done, need to finish the formation of the Association of banks, and take other actions to mitigate the risks, including the newly published legal acts and policies aimed at reducing non-income loans, the insurance scheme of the European deposits and the mechanism of support for common settlement Fund. In parallel, you need to speed up the formation of enterprises in the capital market. So we will not only provide additional funding for our companies, but also divide the risks of using private funding.

The integrated economy and fiscal Union can include reinforcing elements of economic policy coordination Europe to result in all of the country graduated from needed economic reforms to create long-term and involving growth. This may also result in greater support for the structural reform of the EU budget. You need to evaluate the education functions of macroeconomic stabilization in the Euro zone to help countries that are EU members facing such large economic shocks that can’t cope on their own. There are many ways to achieve this, for example, to create a mechanism for protection of European investments, to ensure investments in the period when funding dried up the state. None of the chosen solutions should not lead to an independent flow of money between the States or transfers in one direction only, and should not weaken the incentive for prudent fiscal policy at the state level.

Finally, we need to continue to improve our political process. Further economic integration imply political integration. We continue to cooperate closer with the European Parliament, governments of member States of the EU and parliamentarians, as well as with the social partners, stakeholders at all levels.

The single currency is one of the most important achievements of the European Union. Its value is much wider monetary project. The Euro is intended as a promise of prosperity. To fulfill this promise to the next generation, now we must have the courage to finish this project.