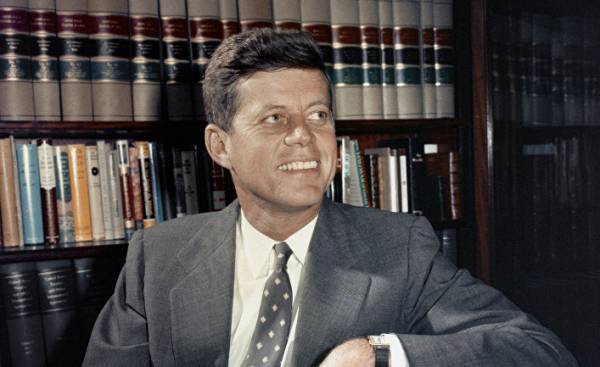 When Melania trump 20 Jan along with her husband Donald came on the scene in front of the Capitol, people who are familiar with the history of the American presidency, immediately recognized her message: she dressed for the inauguration ceremony of her husband as well as once dressed Jacqueline Kennedy, accompanied in 1961 his wife in the same place for the same reason. About her legendary predecessor, I remember now regularly — and recently appropriate occasions arose in the form of Melanie during the first foreign visit of the presidential couple.

Jackie Kennedy is a true icon in American history. In the same way as her husband, who became a symbol of the breakthrough of the United States in new, open to the world, the liberal, the modern era. And what happens: it was her Melania trump chose as a reference in the role of first lady? But what exactly means this message? She reminds Americans about shiny, happy times and wants to bring them back? Or was it her deliberate counterpoint relative to the position of her husband, a political agenda and whose actions are truly diametrically opposed to the agenda and actions of John Kennedy?

When this Monday will mark the centennial anniversary of JFK, many Americans really do this kind of comparisons. How pathetic is the worst President compared to the most beloved and brilliant President of the United States! And as we today look back on those thousands of days that were allotted to that person in the role of the President until such time as November 22, 1963, he in still unclear circumstances, was shot and killed in Dallas?

A thousand days is too little to achieve real, tangible results. In this sense, Kennedy is really nothing to brag about. Anyway, along with the Soviet ruler Nikita Khrushchev at first, he almost brought the cold war to “hot”, and then took the first steps in the framework of the policy of detente. It was he who founded the first international peacekeeping operation of the United States — along with the policy of military interventions. However, his name is also connected to such negative events as the failed invasion of Cuba and the Vietnam war.

And yet he is among the three or four greatest presidents in all, more than 230-year history of their country. As cynical as it may sound, the scope of the myth it is impossible to explain without killing him. After all, if he was not killed in broad daylight in front of millions of viewers, then later John F. Kennedy, quite possibly, would fall into the “millstone” of political everyday life, as happened, for example, with Barack Obama. After all, the admiration and the hopes that millions of people around the world connected with the first black President of the United States, quite comparable with the hopes that people associated with Kennedy 50 years ago. They both represented very typical for Americans to break the mood, optimism, new ideas and hope for a better future.

The worse was the unexpected death of Kennedy to many Americans-consciousness, which is very clearly described by Paul Auster (Paul Auster) in his landmark novel of “4321”. The assassination of Kennedy opened up a whole decade, during which killed his brother Robert and civil rights activist Martin Luther king started the Vietnam war, had catastrophic consequences for the national identity of Americans. But blistatelnye remained in their memory the image of John F. Kennedy, carefully fostered by his family and, first and foremost, my wife Jackie, who turned it into a kind of “pop star” and admired all the huge country.

And let him repeatedly hurt her with his relationship with other women, it was she who after his death did everything that her husband remained in American history present “icon”. Work on this has already begun with a lush theatrical funeral in Washington that was copied from the funeral of Abraham Lincoln — the first President who fell the victim of assassination. So, Kennedy’s body was carried to his last resting place on the same catafalque that Lincoln. Behind the hearse followed a saddled horse without a rider, and behind it was a squad of drummers. And in the stirrups stood the boots, symbolizing a fallen rider, which was not destined to return from battle. All that America has seen in the funeral of Lincoln.

This whole hoax was pointed out that in the face of Kennedy, America buried a hero and Martyr, as stated in the materials stored at the JFK Museum in Berlin. This hero was welcomed by his son John Junior, who in that day was three years old, giving his father a military honor. His photo taken in this moment, forever remain in the collective memory of Americans.

The fact that John Jr., like his sister Caroline, suffered greatly under the weight moved on them expectations, is along with his death in a plane crash in 1999, part of the tragedy of the Kennedy family, which, in turn, is part of the still existing myth. And when another member of the Kennedy clan decides to go into politics, it attracts very special attention. However, each new decision is still a part of the history of failures — perhaps, however, in part because of the enormous pressure that has this “heroic myth” about John and Robert Kennedy for their relatives.

John (or Jack as it is affectionately called relatives) and Jackie Kennedy was the first political couple, which systematically sought the help of the media, primarily television, worrying about his own popularity. They provoke public interest in his personal life, which they often justified the secret longing of Americans for their own Royal house.

The vicissitudes of their personal lives, their vacations in a luxurious manor Hyannis Port on the Atlantic coast, miscarriages Jackie, the affair of John, in particular, his almost open relationship with Marilyn Monroe — all of this was discussed in the then only nascent, but rapidly developing the “yellow press”. Nevertheless, the Kennedy clan somehow managed, despite the many gloomy aspects of life of its members, to which, in particular, treated the mysterious ancient contacts with the mafia, always stay in the minds of countrymen shining model family.

A real masterpiece in terms of presenting their own lives in the media managed Jackie Kennedy in an interview with the influential in those days Life magazine. Her goal, which she did not conceal, was to control the writing of the history of her husband. So she, in particular, has insisted that the interviewer was a longtime friend of her family, Theodor W. (Theodor H. White) — the person she could be absolutely sure and who supported her in these efforts.

Just a week after the assassination of her husband, she received the journalist of Life in Hyannis Port, and this is an interview like no other, influenced the General perception of John F. Kennedy. That is why until now, the Kennedy family is synonymous for many Americans with the legendary castle Camelot. Jackie told white about how she and Jack sometimes put in the evenings with a disc of Broadway musical Camelot, and what a powerful impression on her husband’s last words to the last song: Don’t let it be forgot, that once there was a spot, for one brief shining moment that was known as Camelot — Let’s not forget that one day, for some brief moment, there was a place called Camelot.

In the Saga of Camelot was the name of the good Kingdom, and its ruler, king Arthur was loved by his people for courage and generosity. Like king Arthur, the couple also fascinated people around the world.

At the end of the interview, Jacqueline Kennedy said that the United States in the future will undoubtedly be another great President, but he will not be “Camelot”. Thus, it stressed that the presidency of her husband was one of the most brilliant periods in the history of America. He was destined to rule for very long, but that short time was something magical, if only so his short presidency was not less significant than the presidency of his predecessors. And I must say that this message has not lost its force today.

Donald trump is probably confident that he too will go down in history as one of the greatest presidents of the United States. Maybe it will comfort that this is possible, even if he won’t be at his post the entire term of office. After all, with all the huge differences draws attention to one circumstance which unites it with Kennedy: a lot of mistrust between them and the security services.

Kennedy felt deceived by the CIA, which actually misinformed him about the mood in Cuba that ultimately led to the failed landing at the Bay of Pigs. The President was going to continue the implementation of the plan of his predecessor Dwight Eisenhower to overthrow Fidel Castro in Cuba and relied on the expertise of the CIA. The management of intelligence, in turn, rebuked Kennedy that he did not obey the Council to start an open military intervention. There is still a version that the assassination of Kennedy had involved the CIA, who sought to “remove” a President who threatened, in his opinion, the interests of the United States.

Is it possible to draw Parallels with the situation in our days between President trump and intelligence agencies? How closely are they connected with the policy of the United States, demonstrates the connections of trump and his advisers with Russia. Obviously, the CIA and other similar sources continuously leak information that becomes public. Thus questioned, the President, and the ultimate goal of the security services may well be his impeachment, because he, according to security services, harm the interests of the country.

Ironically, Donald trump will soon have to decide whether it would be possible this fall to publicize the last remaining “classified” documents 3500 of the CIA and the FBI regarding the assassination of Kennedy. Prevent their publication can only trump if you explain that it will hurt military security, prevent the secret operations of intelligence agencies, would harm the justice or the international relations of the United States. To evaluate these moments, Trump will have to listen to the opinion of the security services. Maybe not. Anyway, one thing is clear: even a hundred years after the birth of John F. Kennedy fascinating myth about his life and death still exists. 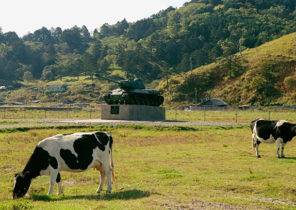