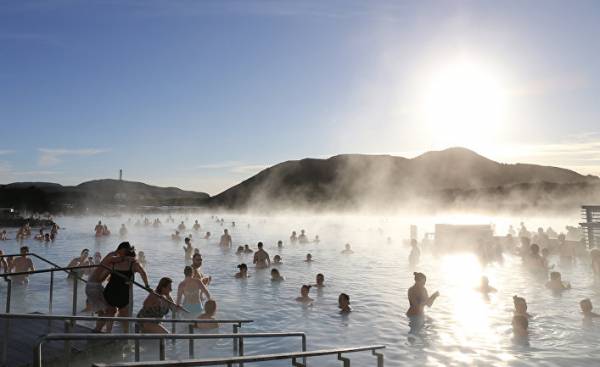 For 20 years I tried to unravel the mystery of Icelanders. How such a small number of people manage to live in such a remote and harsh place, like a volcanic island in the middle of the Atlantic, to confront nature with all its vagaries and not to go crazy or not come to the idea to start looking for another place to live, where the existence will be less stressful?

In Iceland live about 320 thousand people — the same as in the Berlin district of neukölln or in Bielefeld. But Iceland is not the district and not the city and state with all the trimmings: the President, Parliament, government, diplomatic service with 28 offices around the world, with two international and six local airports, universities, music schools, art schools, theatres, concert halls, orchestras, museums, TV and radio stations, as well as a dense network of filling stations on the road No. 1 with length of 1.3 thousand kilometers around the island, construction of which was completed in 1974. Such infrastructure to such a small number of people it seems incredible. Residents must be at least ten times more, and even more 32 million. It would be a decision of the Icelandic mysteries.

One of those who wanted to learn about it, Arthur Bjorgvin Bollason (Arthúr Björgvin Bollason), born in 1950 in Reykjavik. Like many of his compatriots, he is extremely versatile: the teacher, journalist, radio reporter, tour guide, interpreter, Explorer of legends, the narrator about Iceland. Bollason — double “l” in the middle of the name is pronounced as “t”, so “Bateson” translated into Icelandic works of Schiller, Heine, Nietzsche, and Richard David Precht, wrote a script for a musical about the Vikings, as well as several books about the island under the Arctic circle.

He was guided by the question: how can a society that mainly consisted of farmers and fishermen is just over half a century had become a modern industrial state without losing their identity?

To answer this most important of all Icelandic issues, Rollason is his main creation — “a Book about Iceland. Everything you need to know about the country,” 400 pages of text with lots of illustrations. “This book — writes Rollason in the introduction, is not the result of a couple of visits Iceland, the study of a lifetime. Since childhood the author tried to know your people and your native island.” A rich description accurately conveys the content of the book. Bollason patiently worked his knowledge and now shares them with the readers who want to learn about Iceland something besides the fact that it is home to the singer björk and a Paradise for elves and trolls.

The wealth of material is astonishing. Sorted in chronological order, it covers the history from the “land grab” in the late ninth and early tenth century, to Iceland’s “free state”, which in 1262 a Treaty that recognized the Supreme authority of the Norwegian kings sealed their own end, “Union” with Denmark, have been invalidated only in 1944 after the Declaration of independence, and appreciated the speech as a guest of the book fair in Frankfurt in 2011, just three years after the start of the financial crisis that brought the country to the brink. Here we can only outline the range of topics. From the first page to the last it is about what the Icelanders were what they are now: small hardy people, who have the “stubbornness and creativity” and a sense of dignity, which sometimes turns into “megalomania”.

It was and is a multitude of people who have already written their page in the great book of human history, before the Icelanders made history: Greeks, Romans, Assyrians, Jews, Sumerians, Goths, Mongols, Phoenicians, Persians… the Icelanders put only one note, but very meaningful. Hard to imagine, writes Rollason, “what influence produces on the people centuries of life with no immediate neighbours”. While other Europeans were arguing “about the regions and boundaries,” has allied and fought with each other, Icelanders always stayed “within themselves”.

It is also hard to imagine how they could communicate with the outside world until 1906, the submarine cable connected Iceland with the international telephone network. And as they traveled between the island and Europe if by sea to Iceland can only be reached in the summer months. Anyone who missed the last ship to Copenhagen, had to wait eight months until the sea again became passable. Such dependence on nature can be explained and today’s Icelandic main advantages: perseverance and patience in everyday life, discipline and self-control in critical situations. The one who one day will see how Icelanders behave during earthquakes or volcanic eruptions, will immediately understand how they were able to overcome the financial crisis. Also, a lot of Icelanders said what first, who the Danish king appointed a local “head of government” was not a military leader, and poet and philosopher Hannes Hafstein (Hannes Hafstein). He represented unusual point of view that the individual must “stand above people.”

Such issues Icelanders are actively discussing today, and very pleased — in one of the thermal baths in the open air at a temperature slightly above zero degrees. At some point someone will say: “What happiness that we have no neighbors. Especially for the neighborhood.” And everyone will nod.