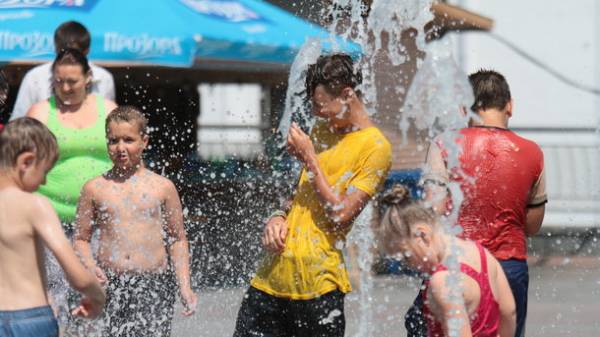 Ukraine next week will be warming up to 30 degrees above zero. At the same throughout the country except the West, forecasters predict partly cloudy weather. The website “Today” found out what weather to expect Ukrainians in the next few days. 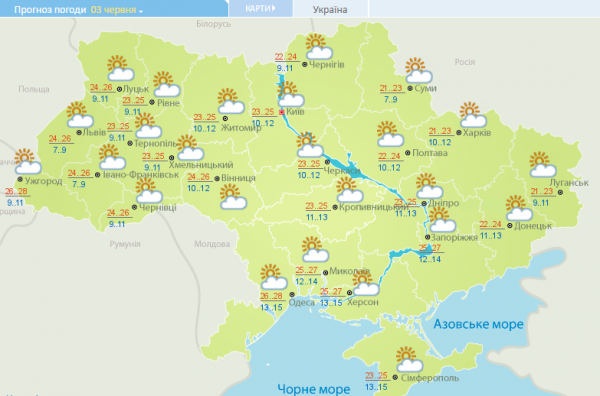 Significant warming for Ukrainians on Saturday, the fourth of June. In the capital the air warms up to 29 degrees West to 30 degrees above zero. In the centre and South, the thermometer will fluctuate between the marks at 26 to 29 degrees. At the same time in the Sumy region in the North – 21-23 degrees. 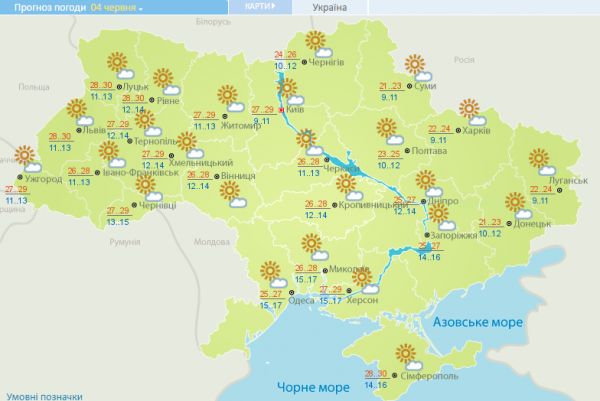 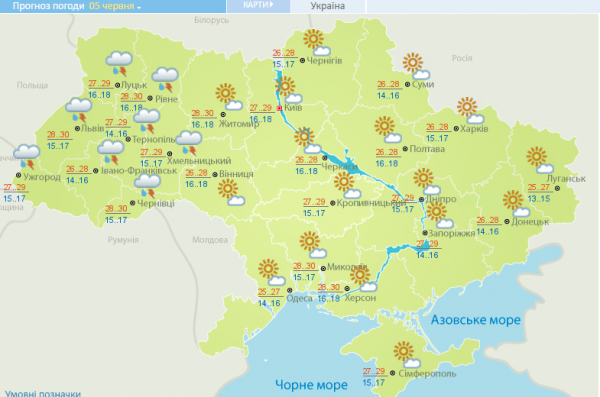 According to weather forecasters, in June, compared with may, more frequent hail and squalls. This year in the first month of summer, suggest the ukrgidromettsentra, the average temperature will vary between 16-20 degrees Celsius. Monthly precipitation – 45-32 mm.

Second of June, the day of the martyrs Thalaleas, Alexander and Asterias, said portal “Weatherman”. The Martyr Thalaleas popularly known under the name of Borage, because from that day began to sow cucumber: “Philip Yes Thalaleas – get cucumbers soon.” “Thalaleas – Sadi cucumbers”. If in this day a lot of cones on the tree – for a good harvest of cucumbers. At this time Jasmine blossoms. Also can bloom Rowan. Later flowering of this shrub was indicated by our ancestors in the late autumn.

On this day, is revered the memory of the apostles Emperor Constantine and his mother Empress Helena. The people Elena called Loosely, as it was the time of sowing of flax. Our ancestors noticed if this day the weather will be rainy, and autumn will be like this. Talso on this day was judged on the beginning of winter: “If June 3, a hailstorm, December 3 – snow grains”. At that time already shed their gardens. Flowering from raspberry, rosehip, Rowan. May appear first mushrooms: krasnoholovets, birch, white.

June fourth marks the day of memory of Holy Martyr Basilisk. This day in former times was considered the Nightingale’s day. Our ancestors went to hear the singing of the Nightingale, believed that “good morning with songs of birds begins.” If the Basilisk the Nightingale sings all night, the day will be fine. But if this day is the smell of honeysuckle – the rain. The fourth of June, our ancestors followed the insects: if the mass appeared spiders and gadflies – to harvest cucumbers. For a good harvest, pointed and strong dew.

Fifth of June is revered the memory of St. Leonty of Rostov and Uglich miracle-worker of the Novel. On Leontius end up planting cucumbers. Our ancestors said: “Many gadflies in this day – to a large crop of cucumbers”. If the morning grass smells stronger than usual – the rain.

On the sixth of June is revered the memory of the monk Simeon the Stylite on the Wondrous mountain, a miracle worker. On this day the weather in the old days, predicted the bees: if they are buzzing swarm on the blossoms of the Rowan – tomorrow will be clear day. At this time in the gardens late blooming Apple varieties, cherries.