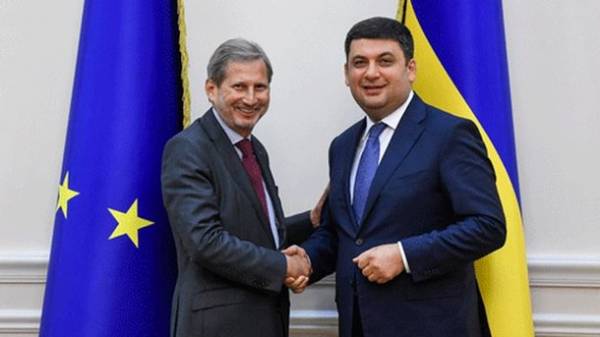 Prime Minister of Ukraine Volodymyr Groysman hopes that the national reform Council, will consider the government draft of pension reform at a meeting next week.

“We have hope that next week we will have a meeting of the Council of reforms, where we will present pension reform,” he said during a meeting with EU Commissioner for European neighbourhood policy and enlargement negotiations Johannes Hahn in Kyiv on Thursday.

The Prime Minister said that on Friday, the national Council of reforms at its meeting will consider another important reform – reform of the health system.