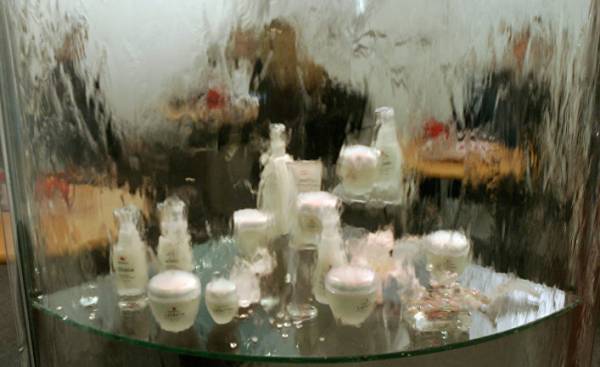 Moscow — He refused to KGB. With the sale of vodka in Russia, too, did not happen. And he went bankrupt.

Then Andrey Vladimirovich Trubnikov and decided to bet on the soap factory and engaged in the production of shampoos. Today he is one of the most successful Russian businessmen, head of the worldwide known cosmetic brand.

A tall man who wears ethnic jewellery and charms of indigenous peoples and working in an office decorated with wooden masks and aquariums with fish, Mr. Trubnikov serves herbal tea, keeps himself gradually, reverently talks about traditional Siberian shamanism and avoids any hint of a business suit.

In short, he stands out and strives to give the same originality of the company Natura Siberica. Colorful names, manufactured brand products, such as shampoos “Wild Thistle” and “Siberian juniper” or shaving gel “Strength of bear”, are sold in dozens of countries, from Argentina to Australia, including supermarkets as the chain Monoprix in France, as well as in prestigious Department stores like Harrods in London.

The success of the company — a rare case for the Russian economy, which in recent years is experiencing a serious stagnation.

Despite the fact that the country emerged from recession at the end of last year, economic growth is still poor because of low oil prices and sanctions that were the result of costly foreign adventurism of Russia in Ukraine and Syria. An influential Committee of the Senate of the United States has warned about the prolongation of the sanctions regime. With the exception of the energy and military industries, which has, according to Russian leaders, strategic importance, only a few companies in Russia can boast of steady profits.

“It’s very hard,” says 58-year-old Trubnikov on the promotion of business in Russia.

During his tenure as a student, Mr. Trubnikov wanted to get into the KGB, and to increase the chances of success, taught Spanish and Serbo-Croatian. He responded with a categorical refusal, and, like other rejected candidates, he never found out why.

Being in search of work, he’s at the end of 1990-x years decides to open a distillery, though the time was most inopportune. Russia was hit by a financial crisis in 1998 and the country being unable to repay its debt, sent the economy into a tailspin. The price of vodka fell sharply. Mr. Trubnikov was unable to cover the debts, and soon his company went to the bottom.

The following year, he, in desperation, sold for five thousand dollars on his “Volga” Soviet pores and allowed the proceeds to the purchase of the former soap factory near Moscow, intending to produce shampoos.

“I wanted to produce something that would demonstrate the real value of Russia”, — he said.

At first he sold products under the brand “Recipes grandmother Agafia”, named after the Siberian healer Agafia. These cosmetics are created on the basis of Siberian herbs — continue to enjoy great popularity in the country. However, their proliferation abroad, according to Trubnikov, was hindered by the problems of recognition of their users, which helped a lot of unpronounceable name.

However, he wanted his company represented the best that there is in Siberia. Although Trubnikov Muscovite, he is convinced that for consumers far Russia is associated primarily with snow, solitude and purity, not with clouds looming over political leaders in the Russian capital.

The company moved from a soap factory to a larger plant near Moscow and currently has six certified farms, where organic based grow grass, and a herd of yaks in Siberia. It also has its own factory in Estonia and the press for extracting herbal essences in Scotland, and Romania.

Trubnikov’s spacious office on the third floor of the building — a real temple of cosmetics and skin care. The sun rays glistening in the endless bottles of shampoos, Soaps, gels, lotions and conditioners from various manufacturers from all over the world gathered on the big shelves from floor to ceiling.

The entrepreneur is interested not so much the content of these products as their packaging and labels, in them he tries to find an idea for marketing with the ultimate goal to enter the American market. If successful, Natura Siberica would become one of the first major Russian consumer brands, available to American buyers.

“This idea I like its complexity, says Trubnikov, I love such projects.”

At first, the company focused on the domestic market.

The thought process was pretty simple. According to the Russian perfume and cosmetic Association, Russian women spend on beauty products, about 30 percent of their income, far more than in countries with higher average income.

“In Europe, you risk to catch us surprised and condescending views, if you overdo it, — said the Deputy Chairman of the Association Anna Dycheva-Smirnov, referring to the number of used makeup. — In Russia the same reaction awaits you if you go outside without makeup”.

“As if snow and slippery was on the street, she adds, women still wear heels and a fur coat.”

Despite war, sanctions and political intrigue in Russia’s rapidly growing consumer company, ready to meet the needs of the middle class of the country.

This year investors have exceeded the scheduled amount of the first public subscription of Russia since the conflict began in Ukraine in 2014 and attracted 355 million dollars for the “Children’s world”, which controls the series of toy stores.

According to the Association of cosmetics, in Russia there are about 260 domestic companies, which produce and sell in Russia, soap, lotions and shampoos. Currently, the sector accounts for about 40 percent of the annual sales of cosmetics in the amount of $ 16 billion.

It is hoped that these non-oil companies can help the limping Russian economy is experiencing a prolonged recession because of low oil prices is to switch to a more active recovery. 60% of total exports comes from the sale of oil and gas, meanwhile the revenue from the sale of raw materials in 2016 decreased by 17%.

According to economists, the future potential of Russian entrepreneurs.

The company Natura Siberica strong features of the new look for makeup that helps her stand out on the background of domestic and foreign brands. Making the main attributes of the brand image of Siberia and Siberian shamanic practices, and using unique ingredients such as pine nuts, cloudberries and Yak butter, producers create the consumers an idea of the harsh and pristine nature.

“At first I was skeptical, because Italian or French cosmetics, we considered the selling agent real estate Victoria Vedenskaya, taking from the counter of one of the Moscow shops a jar of body lotion on the basis of the Sakhalin Thistle. But these berries and flowers you will not find anywhere else”.

“There’s untouched nature, she adds. — You can go a week and see nobody”.

Finest hour for Natura Siberica at the international level, participation in the exhibition, which in 2008 took place in Japan, when one of the Japanese retailers, the company entered into the transaction.

Since then, the company expands, both within Russia and abroad. It currently has 70 stores in Russia and six other countries, and its products are sold in more than 40 countries.

In Europe, where the price for the shampoo is eight euros, or about eight dollars and seventy cents, the products of this brand is considered to be elite. Some outlet stores offer exclusive services, such as fresh-pressed pine nut oil for waiting clients. Overall sales in 2016 amounted to about 14 billion rubles, or $ 248 million.

“A Russian woman can be a lot of problems. It can work in the factory, — said Trubnikov. But in our shops it should feel like a Queen, to feel welcome, to feel like a woman.”