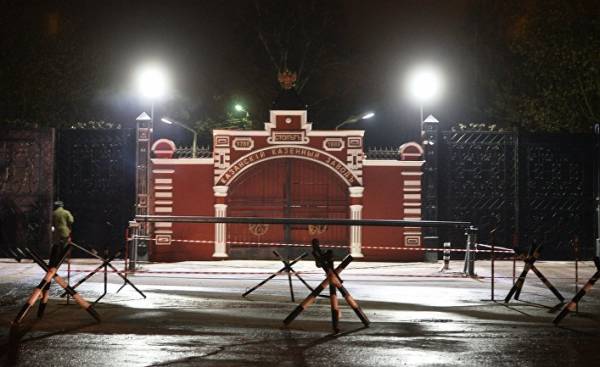 To conduct the air campaign needed a vast and complex system of logistics. Release a bunch of missiles, relieve a large number of bombs that require large investments in materials and explosives, and at some point you will be faced with the fact that the supply chain begins to feel the strain.

Russian intervention in Syria has lasted almost 20 months, and the exertion is beginning to tell.

Russia is making a major bet on air force, providing support for Syrian dictator Bashar al-Assad. Sometimes the Russian air force in Syria, dropping more bombs than the United States. This contributes to less time of flight. But to achieve high performance shocks prevents the use of a large number of unguided bombs.

According to the working in Britain, the Syrian center for monitoring the observance of human rights, as a result of such operations since the beginning of the campaign in September 2016 killing more than nine thousand people, including four thousand civilians.

Each bomb is explosive, but every rocket needs fuel for jet engines, to fly from aircraft or helicopter to the target on the ground. “These attacks, according to some estimates, bled our arsenals by almost forty percent — said the influential Russian newspaper “Military-industrial courier” in a recent article about the lack of explosives in the Russian army. — A quick way to restock just yet”.

The good news for Russia is that explosives and rocket fuel it enough to wage war for years if need be. And the bad news is that the inventory reduction will deprive her of the opportunity to conduct a large-scale conflict. But frankly, this is unlikely.

In most cases, Russia has no shortage of raw materials, however, the post-Soviet decline in the defense industry, negatively impacted the quantity and quality of products.

After the dissolution of the Soviet Union in December 1991 commenced bankruptcy research institutes and manufacturing enterprises. They lose valuable workers and lost their technical documentation. Machines are turned into scrap metal. Ruined the Biysk chemical plant, one of the leading Soviet enterprises for the production of ballistite powders and composite solid rocket fuel.

As the “Military-industrial courier”, engineering positions in defense plants and research institutes depreciated, and experts have lost many privileges of the Soviet era, such as housing and kindergartens for the employees of the factories. More importantly, the Soviets had a centralized system of distribution of graduates of high schools who took the available jobs. Today, many young Russians prefer to go to other areas.

In Russia only one company is engaged in the production of ammonium perchlorate, which is a vital substance for the manufacture of rocket fuel. It is fair to say that in the United States ammonium perchlorate produces only one firm. But the Russian company “Anoit” is faced with financial problems, as reported by the newspaper.

Businesses operate, but without a stable orders, they have to look for costly compromises, postponing necessary upgrades and repairs. The biggest problem is that the Russian factories just behind the needs of the time.

“If you do not take action, the Russian army in the near future will be left without ammunition, tanks, ships, planes and helicopters will turn into a normal vehicle,” warns the newspaper.

Maybe this is an exaggeration. And soon no one can say that the Russian aircraft did not achieve any results. She helped to ensure the stability of the Assad regime and repulsed the rebels, who a few years trying to overthrow him. But the Russian presence in Syria is a major factor in preventing large-scale American intervention.

But the Russian army carries considerable costs. However, it costs short-term nature. The consequences for those who live in Syria, more serious, long-term, and perhaps permanent.